The limited-edition bottles were brewed to the sweet tune of the Blues' unofficial anthem 'Gloria.' 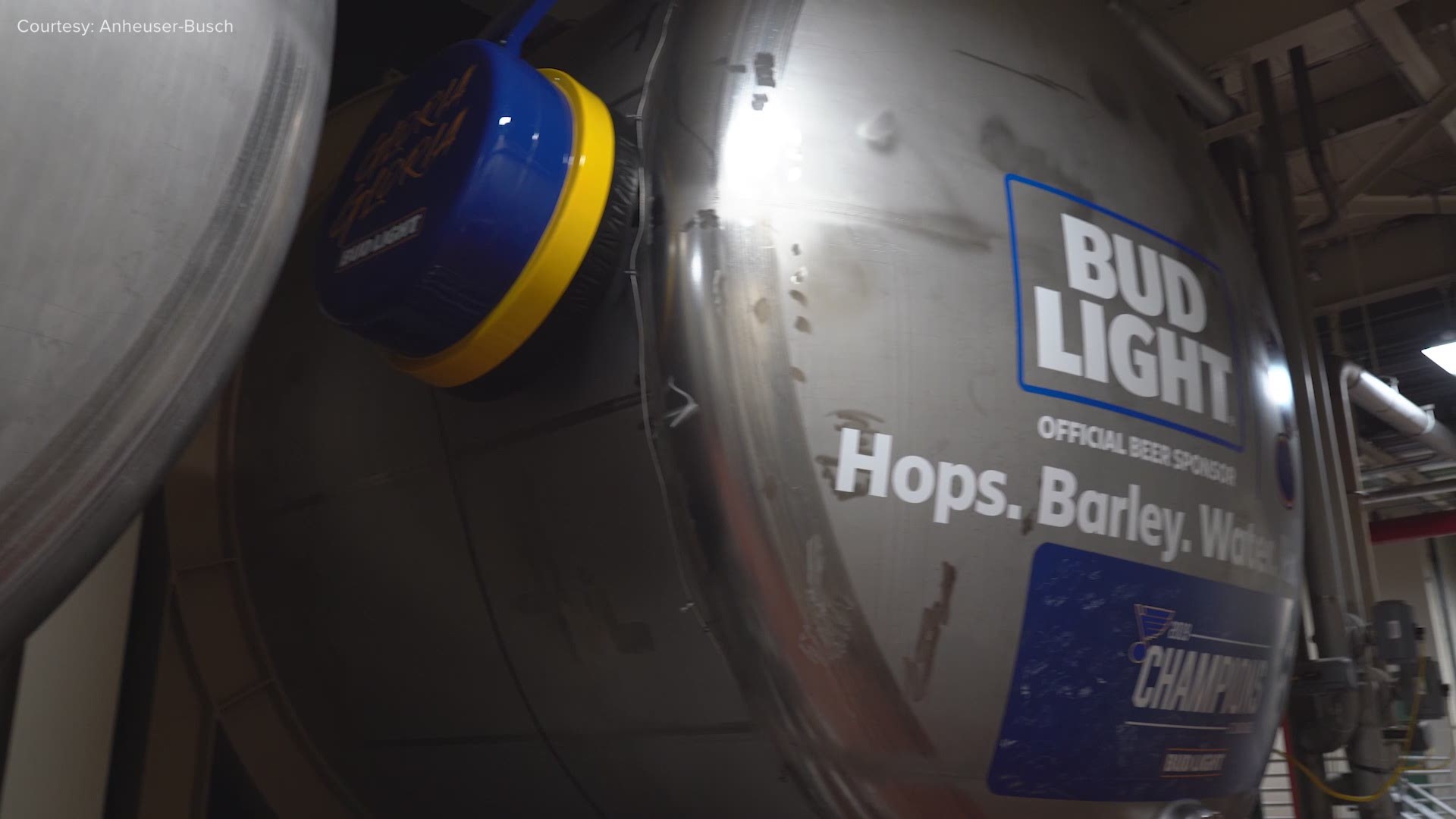 ST. LOUIS — Get ready to toast the Stanley Cup champions once again!

The beer was brewed in Tank 104 at Anheuser-Busch in St. Louis. To make it extra special, the beer was serenaded by the team’s unofficial song ‘Gloria’ on repeat 24/7 for the entire brewing process, ‘infusing the brew with their victorious anthem,’ according to a news release.

The Blues even visited the tank with the Stanley Cup the day after they returned to St. Louis as champions. The team sampled the beer, signed the tank and posed for celebratory photos in front of it with the Cup.

The beer is bottled in special-edition aluminum bottles, with ‘Gloria Gloria’ at the top, ‘2019 CHAMPS’ along the side and the Blue Note front and center.

Fans can buy the limited-edition Bud Light in select local stores. A few retail locations around St. Louis already are promoting the beer’s arrival, including The Wine & Cheese Place, Liquid Spirits and Randall's Wines and Spirits.