One of the officers took a selfie with someone and the second officer put on a 'Make America Great Again' hat," a congressman said Monday. 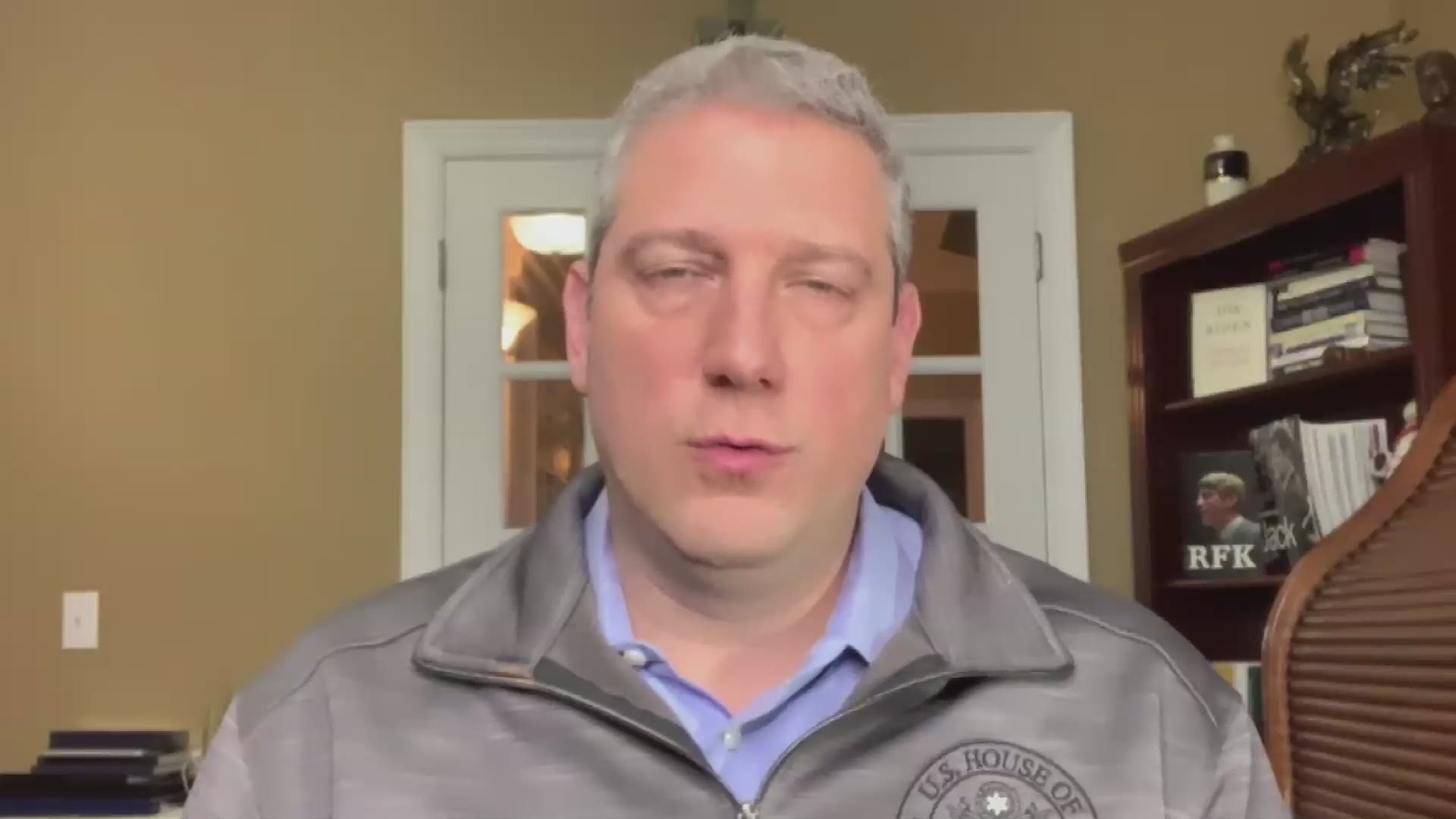 Democratic Rep. Tim Ryan of Ohio says two U.S. Capitol Police officers have been suspended as a result of their actions during last week's attack on the Capitol.

Ryan told reporters on Monday that one of the officers took a selfie with someone and the second officer put on a "Make America Great Again" hat. He says of the latter that the “interim chief determined that to be qualifying for immediate suspension.”

RELATED: House speeding to impeach Trump for US Capitol 'insurrection'

The congressman says Capitol Police are looking at everybody involved that could have potentially facilitated the incursion “at a big level or small level in any way.”

Ryan says they don't want an officer working on President-elect Joe Biden's inauguration "who was not doing the job on the Jan. 6th event.”

Capitol Police did not immediately reply to a request for more details.

Ryan serves as chair of a House subcommittee that oversees funding for Capitol Police.