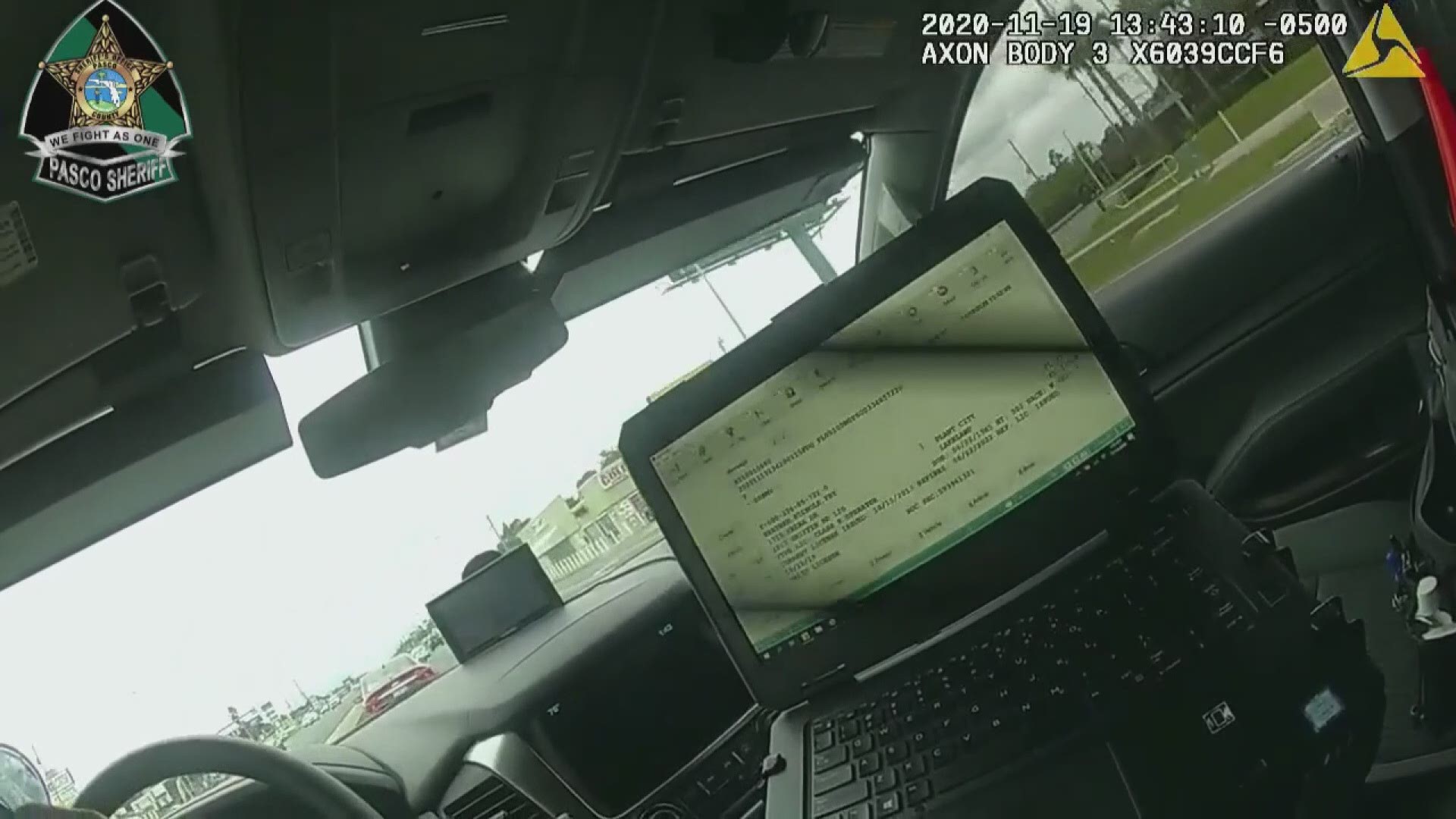 PORT RICHEY, Fla. — Pasco Sheriff's Office deputies and bystanders jumped into action to save two kids from a car after the person driving plowed into a pond during a pursuit in Port Richey.

Video shows the car speed into the water where investigators say the driver, Jonathan Deloach, a passenger and two kids then scrambled to get out.

The ordeal began when a deputy tried to stop the car for a window tint violation, the sheriff's office said. At first, it looked like the car was going to stop. But, according to deputies, Deloach drove into a mobile home park, lost control and then crashed into the pond.

Authorities said while they were getting Deloach out of the pond, they found a baggie of what tested positive for methamphetamine floating in front of him.

Investigators said nobody was hurt.

Deputies said Deloach had three outstanding warrants, which he told them was the reason why he didn't stop.