Nike released an all-black jersey to commemorate four years since the former San Francisco 49ers quarterback took a knee during the national anthem. 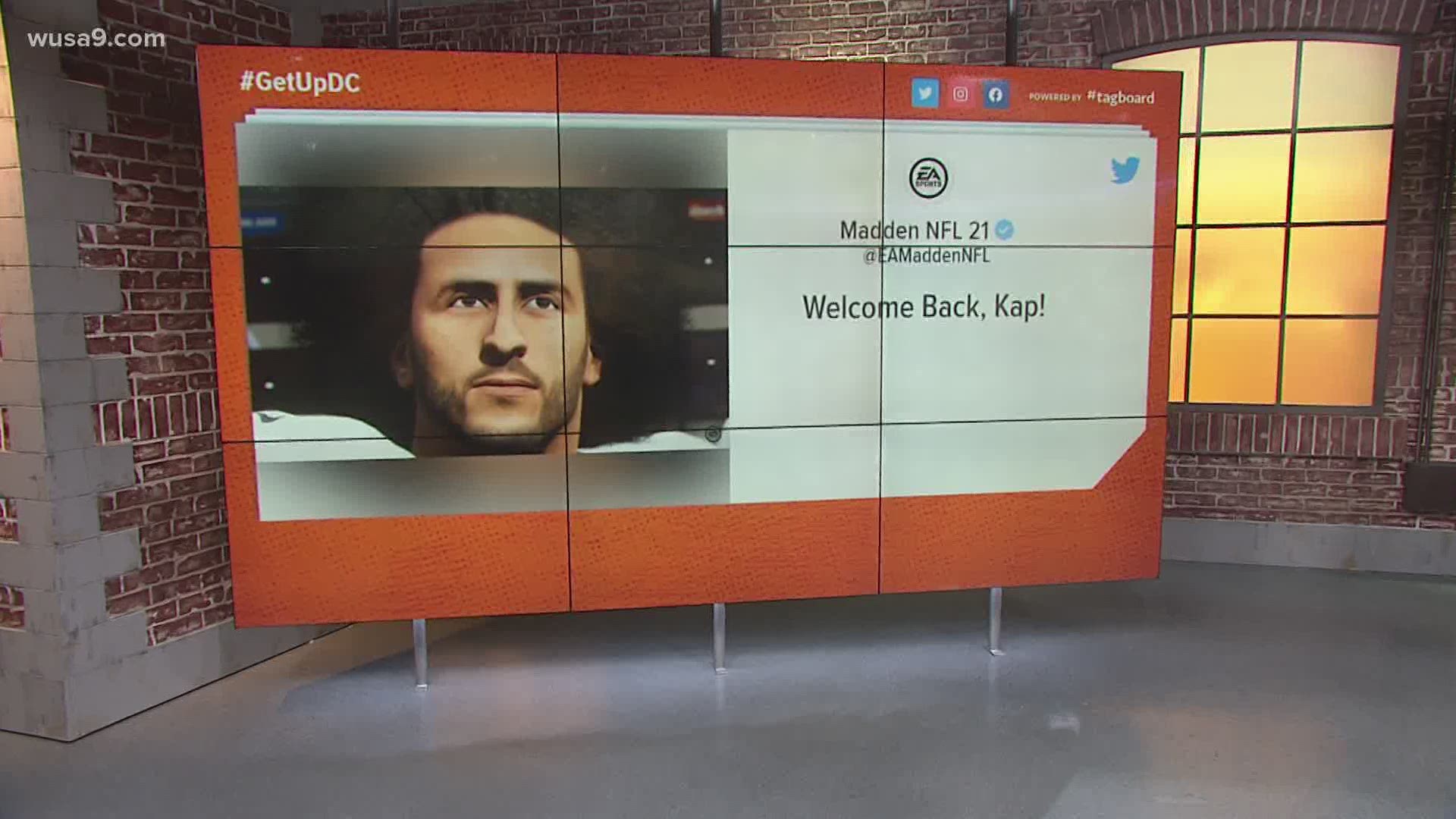 Colin Kaepernick's popularity among fans seems to remain, even though the NFL star hasn't played since 2016.

Nike released an all-black jersey to commemorate four years since the former San Francisco 49ers quarterback took a knee during the national anthem to protest against racism and social injustice.

The Icon Jersey 2.0 went on sale Thursday morning for $150 and sold out in under a minute, according to CNN and CBS News.

The Jersey 1.0 was also popular, selling out in approximately 10 hours in February 2019. In 2018, Kaepernick's Icon tee sold out in a few hours, according to CNN.

RELATED: Mike Ditka addresses protesting players again: 'If you can't respect this country, get the hell out'

"Four years ago, I took a knee to protest against systemic racism and social injustice," Kaepernick wrote on Instagram. "It was that day that the number on my jersey would come to represent something greater than football, something greater than me. Since then, the number 7 jersey has become a symbol for advancing the liberation and well-being of Black & Brown communities. Thank you for staying True."

In August, NFL Commissioner Roger Goodell said he should have "listened earlier" to Kaepernick to understand what the quarterback was trying to bring attention to by kneeling during the national anthem.

Earlier this month, EA Sports and Madden NFL 21 announced Tuesday that fans and players can once again play as Kaepernick in the popular video game.

It's the first time Kaepernick has been an option in the Madden series since 2016 and he is returning as a top 15 ranking quarterback, according to The Undefeated.

The makers of Madden 21 said they had been working with Kaepernick on the new updates. Players can now select Kaepernick to helm any team in franchise mode and players can also select him for "Play Now."