Thousands of people gather for funeral of veteran without family 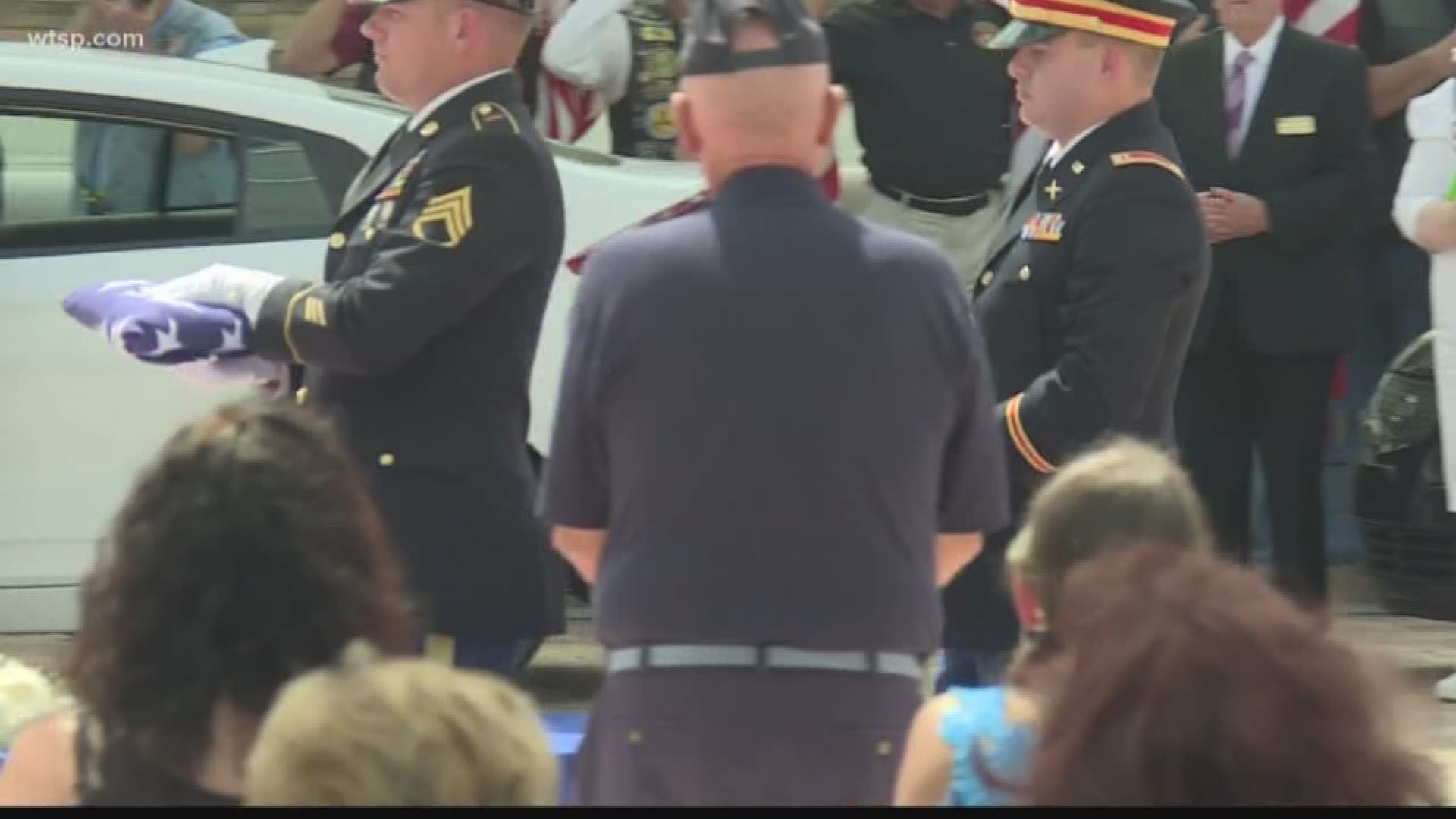 SARASOTA, Fla. — Thousands of people wearing red, white and blue filed into and quickly filled the Patriot Plaza on the Sarasota National Cemetery grounds Tuesday to honor a man most had never met.

“He’s part of the veterans family. That’s why I’m here,” said David Marsters, who drove more than two hours from Lady Lake, Florida. “You never leave anybody behind.”

Every branch of the United States military was represented in the estimated 4,000-person gathering. Pearson died August 31. Just a few days ago, only three people were expected to attend his funeral since the Army veteran died without any living immediate family.

An outpouring of support on social media changed all that.

RELATED: Supporters attend funeral for veteran with no family

RELATED: Police officers will attend funeral for veteran who died with 'no immediate family'

The funeral service was delayed nearly an hour because of an unusually high volume of traffic. The funeral director from Naples, who made the two-hour drive to Sarasota for the service, was stuck miles away from the entrance to the cemetery and required a police escort to get to the funeral.

Upon starting, guest sang and cheered as patriotic and religious songs were sung in Pearson’s honor.

Pearson was born in 1939. He served in the Army from 1962-64. He died in Naples, Fla. Men and women from all branches of the military showed up to his funeral to show support.

Not every veteran gets that treatment.

Photos: Thousands of people gather for funeral of veteran without family

From the podium, the Sarasota National Cemetery director told the crowd that 400 service members have died without family at their side in his time at the cemetery. The large showing for Pearson was atypical and he encouraged the community to show up for other veteran’s funerals if they felt led.

“The people in this country still care,” Johnson said. “That’s why we served.”