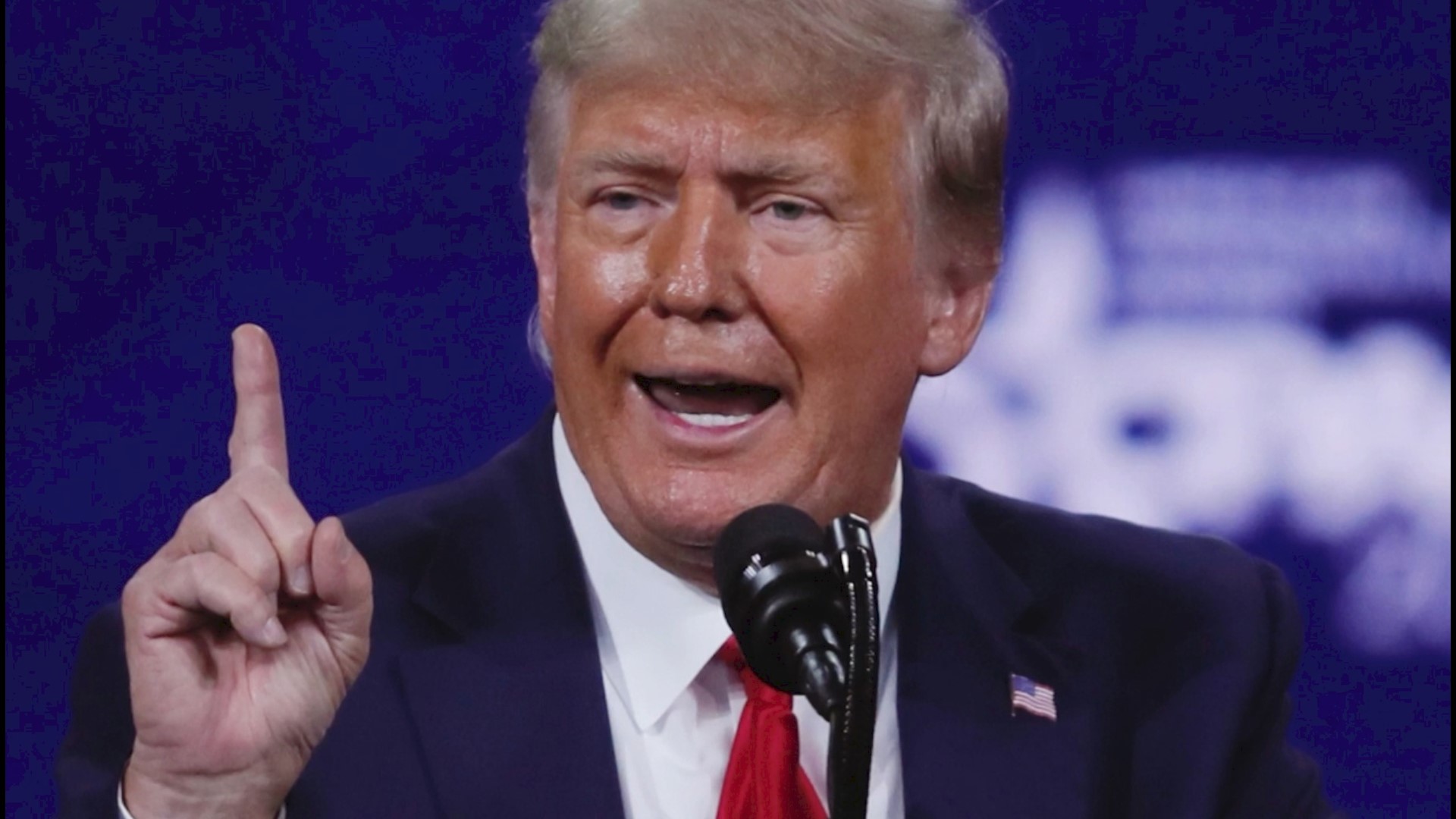 Conservatives in and out of Congress are expressing opposition to Rep. Elise Stefanik’s rise toward House Republicans' No. 3 leadership job, grumbling that is unlikely to derail her but serves notice that the right wing is battling again to affect the party’s future.

House Republicans plan to meet privately next week — probably Wednesday — and seem certain to oust Rep. Liz Cheney, R-Wyo., from that top post. House Minority Leader Kevin McCarthy, R-Calif., seems likely to postpone a vote on replacing Cheney until sometime later, according to two House GOP aides who discussed the delay on condition of anonymity, giving restive conservatives a chance to coalesce behind an alternative.

In what could be an olive branch to those conservatives, Stefanik is telling colleagues she will commit to only serve in leadership through 2022. That's according reports by Politico and CNN.

It's unlikely any challenger would defeat Stefanik, who has the backing of former President Donald Trump, McCarthy and No. 2 House GOP leader Steve Scalise of Louisiana. That triumvirate — especially the former president, whose grip on the party seems as firm as ever — virtually assures victory for Stefanik, 36, a onetime Trump critic who evolved into his strident ally.

But with the hard right distrustful of Stefanik, owner of one of the House GOP's most moderate voting records, conservatives say forcing her to face a challenge would signal she's not universally accepted and will have to contend with them moving forward.

“We must not rush into a de-facto coronation of any handpicked replacement whose voting record does not reflect the views of the conference,” first-term conservative Rep. Bob Good, R-Va., said in a statement. "We must select someone who will wholeheartedly support the conservative membership.”

Good said Republicans should be allowed to “work through the process” of replacing Cheney. The conservative Club for Growth, wary of Stefanik's past opposition to tax cuts and easing environmental regulations, is also pushing for time so a Stefanik rival can emerge, a view Republicans say is widely shared among conservatives.

The hard-right House Freedom Caucus has taken no public position on Stefanik. But its members, said to number around 40, are known to be uncomfortable with her.

Delaying the Stefanik vote could also be valuable to McCarthy, who hopes to be elected speaker should Republicans win House control in the 2022 elections. There’s no need for him to risk support from conservatives, who have long been skeptical of him, by denying them a chance to advance a Stefanik challenger.

The dustup is underscoring the disconnect that sometimes exists between Trump and the party's ideological right wing. It also poses a test of conservatives' internal clout when they don't have the former president behind them — a battle they seem likely to lose this time.

Conservatives have tussled for years for influence within the GOP. They've won some fights, like forcing the early retirement of Speaker John Boehner, R-Ohio, but lost many others.

“Leadership elections are always an opportunity for discussions about the future” of House Republicans, said Michael Steel, who was a top aide to Boehner and other leading GOP figures.

Stefanik, whose office declined to comment for this article, does have some significant conservative credentials. These include past support from the National Rifle Association and endorsements from the Susan B. Anthony List, an anti-abortion group.

But she's consistently gotten moderate scores for her voting record: a lifetime 48% from Heritage Action for America and 35% from Club for Growth, a pair of conservative organizations, among the lowest grades for House Republicans.

She voted with Trump 78% of the time when he was president, according to votes tracked by the website fivethirtyeight.com, again one of the lowest marks in the House GOP. That included voting to oppose Trump's signature 2017 tax cuts, his unilateral use of money to build the southern border wall and his withdrawal of troops from Syria.

Stefanik has “a lot of work to do” to win over the GOP’s more conservative activists, said Adam Brandon, president of the conservative FreedomWorks.

Stefanik criticized Trump multiple times during his 2016 presidential campaign, including saying that his remarks in a 2005 video about sexually assaulting women were “offensive” and “just wrong.” She said his crude description of African countries in 2018 was “wrong and contrary to our American ideals.”

In 2019, she became a highly visible foe of Trump's first impeachment over his attempts to pressure Ukraine to produce political dirt about Joe Biden, who was then a presidential candidate.

She has since embraced many of Trump's evidence-free claims about 2020 election fraud. She declared this week that states unconstitutionally changed their election laws and that some GOP poll watchers weren't allowed to observe vote counting, and she said she supports an audit of Arizona votes that conservatives are using to bolster suspicions about the results.

Stefanik's rural, northern New York district voted for Barack Obama in the 2008 and 2012 presidential election, and then for Trump in 2016 and 2020.

“You can’t really believe whether she is or isn’t" a Trump supporter, the Club for Growth’s McIntosh said. "I'd warn him that, in a couple of years, she won't be for you."

Cheney, on the other hand, was rated 80% by Heritage Action and 65% by Club for Growth, while voting 93% of the time with Trump.

Cheney is being deposed after voting to impeach Trump for encouraging supporters who attacked the Capitol on Jan. 6 and for energetically contesting his false claims that his 2020 election defeat to Biden was fraudulent.

Some Republicans have said that, as a party leader, she should have stifled her criticisms of Trump, which they fear are distracting from efforts to recapture the House.

In a Washington Post opinion essay this week, Cheney suggested Trump's GOP allies are choosing political expediency over “truth and fidelity to the Constitution.”