Cohen was originally scheduled to start his sentence in March, but a judge granted a two-month delay so he could recover from surgery and get his affairs in order. 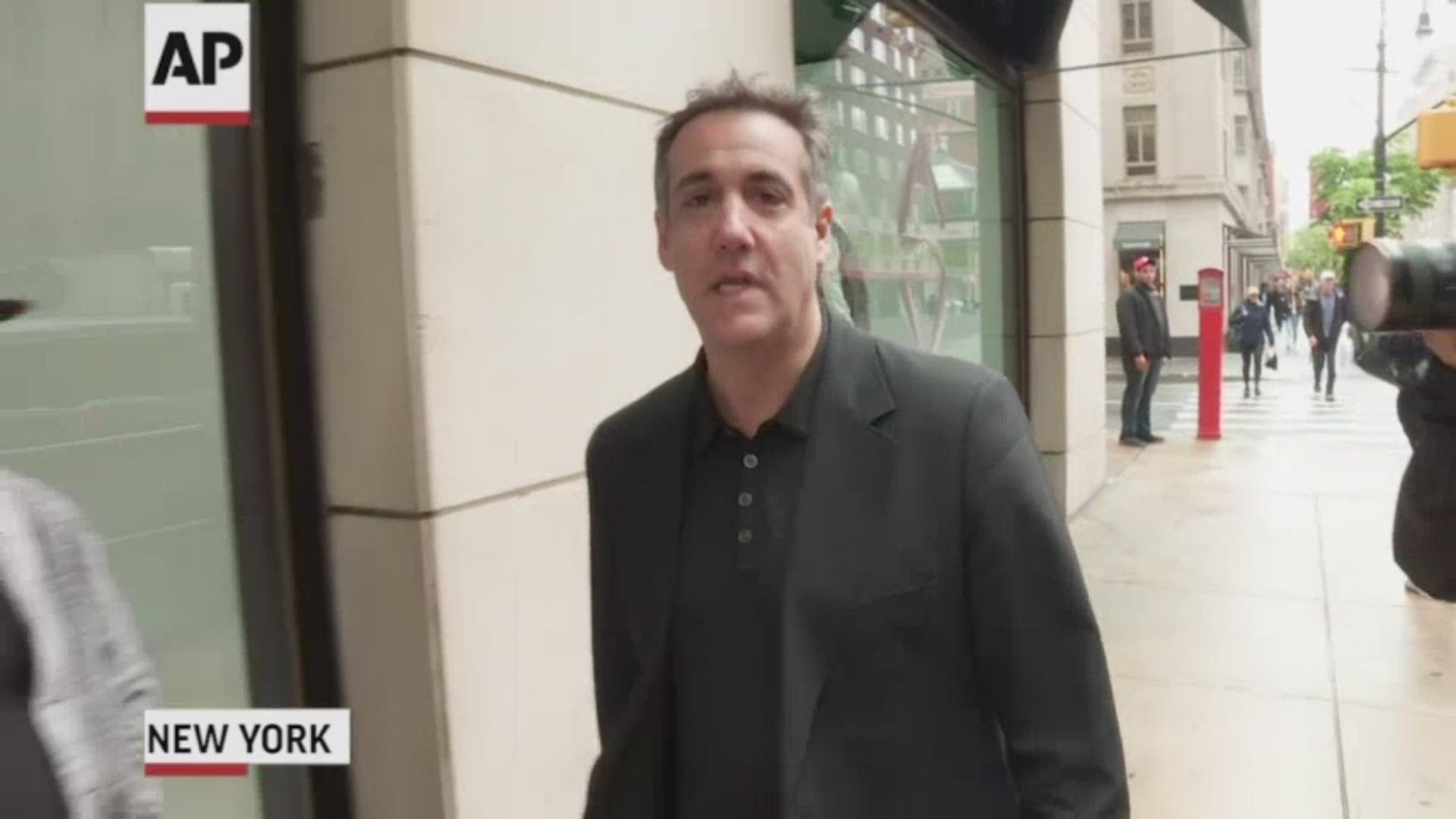 Michael Cohen, the former lawyer, media attack dog and fixer for President Donald Trump, said Monday there "remains much to be told" as he heads to prison to begin a three-year prison sentence for crimes including campaign finance violations related to hush-money payments made on Trump's behalf.

Cohen walked into the Federal Correctional Institution, Otisville around 11:45 a.m. A minimum-security prison camp at the prison, in the countryside 70 miles (113 kilometers) northwest of New York City, has become a haven for white-collar criminals.

"There still remains much to be told and I look forward to the day when I can share the truth," Cohen told a crush of media outside his New York City apartment before getting into a waiting Cadillac Escalade for the ride to prison.

In a shot at Trump, he said he hoped when he is released, "the country will be in a place without xenophobia, injustice and lies at the helm."

Cohen appeared to read from a prepared statement and didn't answer shouted questions. He stumbled on the way to the SUV as reporters and photographers jostled around scaffolding and scuffled with his driver.

Cohen's lawyer and spokesman, Lanny Davis, said Cohen would continue to be available to cooperate with law enforcement, though it's unclear how much his cooperation is wanted.

Since mid-March, federal prosecutors in New York have rebuffed Cohen's repeated offers to provide more information about alleged wrongdoing by Trump and other people in his orbit, Davis said.

"Michael may be sentenced within the walls of a federal correctional institution. But the truth has no walls," Davis said in a statement.

Cohen, who has been disbarred, is trading plaid blazers for khaki prison garb after trying and failing in recent weeks to get his sentence delayed or reduced.

His legal team asked House Democrats last month to intercede after Cohen testified on Capitol Hill, but they were reticent to do so. Federal prosecutors in New York were also no help, Cohen's lawyers said.

Cohen was originally scheduled to start his sentence in March, but a judge granted a two-month delay so he could recover from surgery and get his affairs in order.

Cohen, 52, is the only person charged with a crime in connection with the hush-money payments to women who allegedly had affairs with Trump.

Cohen also pleaded guilty to lying to Congress about a Trump Tower project in Moscow, as well as to charges of tax evasion and bank fraud.

Once he gets to prison, Cohen will undergo medical and mental health screenings and be assigned a job, such as mowing the grounds or cleaning up the visiting room. He'll also get sets of clothing, bedding and towels.

At the prison camp, about 115 inmates sleep in bunks lined up in barrack-style halls, instead of individual or two-man cells like in higher-security facilities. Recreational amenities include tennis courts, horseshoes and bocce ball.

Forbes once ranked Otisville as one of "America's 10 Cushiest Prisons," but former employees and inmates say it's hardly "Club Fed." Inmates are still doing time and they're still separated from their families and friends.

"There's no free time to work on your book, or whatever," said former employee Don Drewett. "You get your downtime when you're supposed to be sleeping or when you can exercise, but that only happens at certain windows of the day. It's not where in the middle of the day you can just opt to not go to work and go work out. That's not the way that works."

But Cohen should avoid acting like he's still in the spotlight, said Jack Donson, a former Otisville case manager who advises white-collar criminals on what to expect in prison.

Some high-profile inmates have been known to hire other prisoners to do their laundry and heat up their meals, but that's looked at by staff as a sign of laziness and entitlement.

So too are inmates who try to set themselves up with the cushiest accommodations by having a doctor write a note suggesting they sleep in a bottom bunk or wear soft shoes.

If there's a legitimate medical need, it should come up at intake, Donson said.

If Cohen can't adjust, Donson said, "his time is going to be miserable."