The small, controlled explosions will be placed to bring the cranes down on themselves Saturday after noon. It has been moved back from a planned Friday demolition. 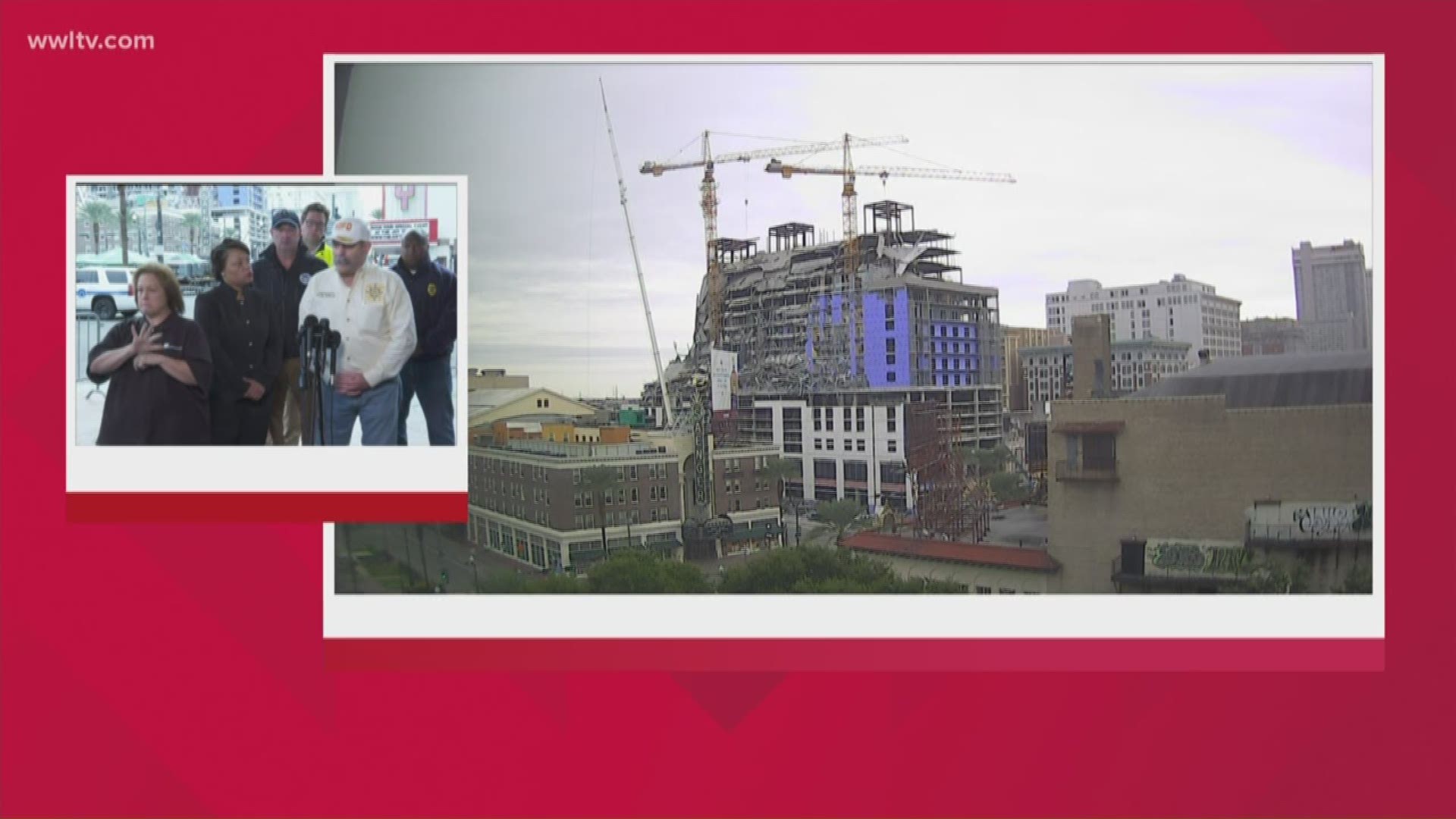 Officials had hoped to bring the structures down Friday, ahead of an approaching tropical weather system. However, New Orleans Fire Chief Tim McConnell said the risky work of preparing the series of controlled explosions isn't expected to be completed until Saturday.

City officials say the demolition will take place sometime after noon Saturday. Previously, they had said they were hoping to bring down the cranes during daylight hours.

Forecasters say a tropical storm could form Friday in the Gulf of Mexico. It's now expected to track east of the New Orleans area but officials still worry that winds could cause an uncontrolled collapse of the cranes onto neighboring buildings.

Engineers hope to drop the cranes straight down without damaging nearby businesses and historic buildings around the site at the edge of the French Quarter.

One of the crane towers is about 270 feet high, the other about 300 feet. Both have massive cross arms adding more tonnage. Neither is stable.

"While we're frustrated that we can't get it done today, we're on a timeline," New Orleans Director of Homeland Security Collin Arnold said Friday.

Demolition is set for Saturday, at or before noon, but that is dependent on the ability to get the preparation work done in a safe manner. McConnell said an already wide evacuation area around the site would be expanded ahead of the explosion. Director of Homeland Security Collin Arnold said that officials will go door-to-door and contact residents by every means possible to make sure everyone is out long before the charges are detonated.

Gas to a major utility line will be shut down and steps were being taken to protect that line and underground electrical lines that could be affected by falling debris. McConnell said the line would be severely damaged were a crane to land on it.

If the operation is successful, McConnell said, the towers will drop vertically and simultaneously. "Think of it like it's melting," he told reporters.

Experts, including firms that worked on Ground Zero after the 9/11 terrorist attacks to bring down damaged buildings, have been working around the clock since Saturday to devise a means of safely bringing down the cranes.

An 18-story Hard Rock Hotel under construction collapsed Saturday morning in blinding clouds of dust, killing three workers and injuring more than 20 people, one of whom was still hospitalized Thursday. Only one of three bodies in the rubble has been recovered because recovery crews have been hampered by the instability of what remains of the partially standing building.

The cause of the collapse remains unknown. The Occupational Health and Safety Administration has said it will investigate.

Lawsuits are also being filed. Among the latest announced Thursday was a suit on behalf of 10 injured people filed by the law firms Morgan & Morgan and Herman, Herman & Katz LLC. The latter is known for its role as leaders of a plaintiffs committee in lawsuits against BP over the 2010 Gulf of Mexico Oil Spill, as well as in litigation over defective Chinese drywall that caused damage in numerous homes.