Franklin Graham calls for day of prayer for President Trump

Rev. Graham wrote that people should 'ask God to protect, strengthen, encourage, and guide the President.' 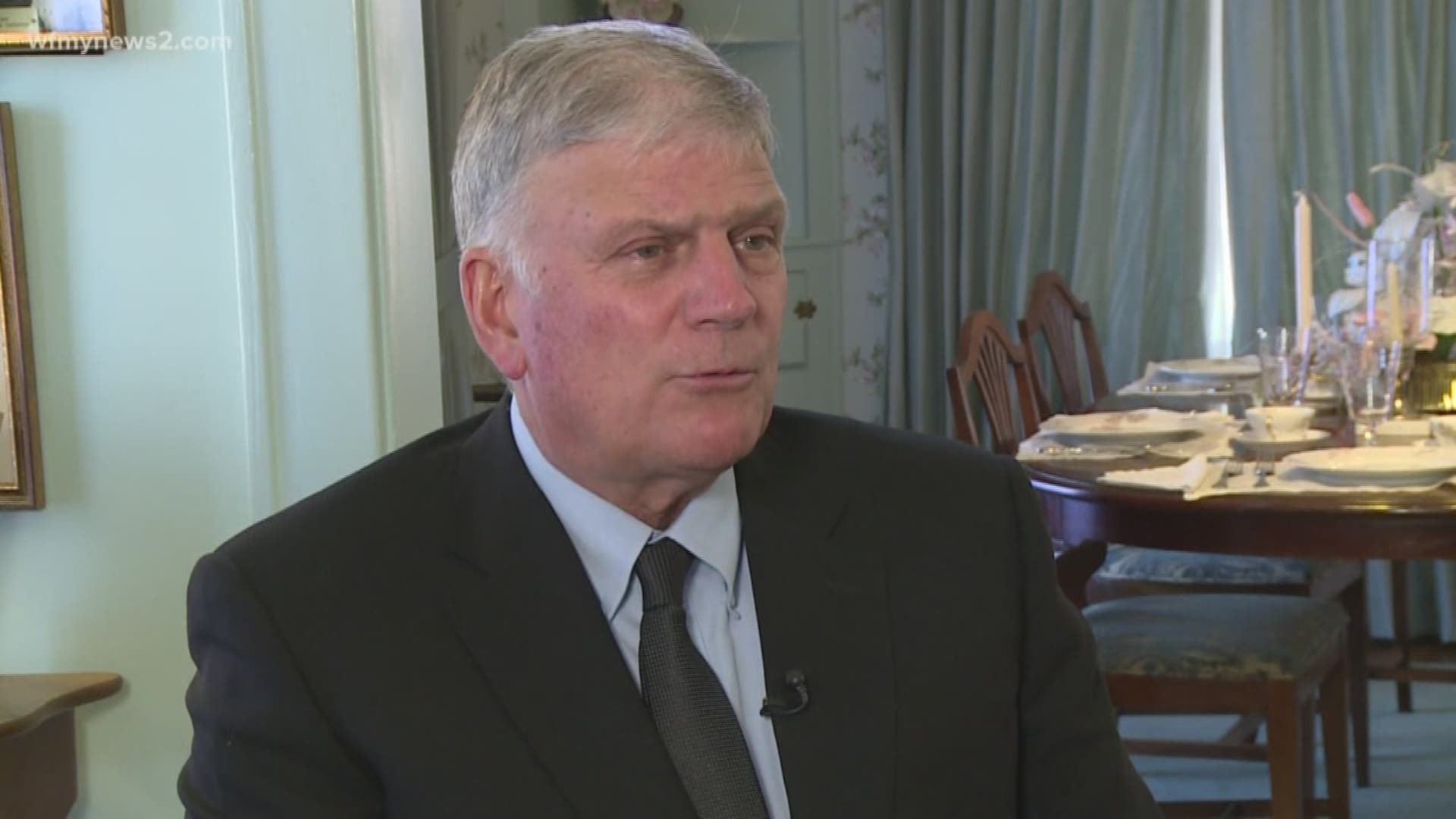 Evangelist Franklin Graham has called for June 2 to be a "special day of prayer" for President Donald Trump.

Rev. Graham wrote in a Facebook post that he believes "no president has been attacked" as Trump has and he feels "the only hope for him, and this nation, is God."

Graham said more than 250 Christian leaders are joining his call for the day of prayer. He included a list of some of them on the Billy Graham Evangelistic Association website. Graham is also the president and CEO of Samaritan's Purse and the son of the late Rev. Billy Graham, who died in February 2018 at the age of 99.

RELATED: Franklin Graham reflects on the past year without Billy Graham

"This is a critical time for America. We’re on the edge of a precipice. Time is short. We need to pray for God to intervene. We need to ask God to protect, strengthen, encourage, and guide the President," Franklin Graham wrote.

His request comes just a few days after House Speaker Nancy Pelosi and Trump traded insults and publicly questioned each other's fitness for duty, with Pelosi suggesting a staff or family "intervention" for the good of the country.

In an accompanied video message, Graham claimed many "thousands of churches" will be participating. He was also one of the faith leaders at the White House earlier this month for the National Day of Prayer.

As of Monday evening, the post had been shared more than 120,000 times.