It started out with a prayer and moment of silence before an intense climb up to the top of Stone Mountain. 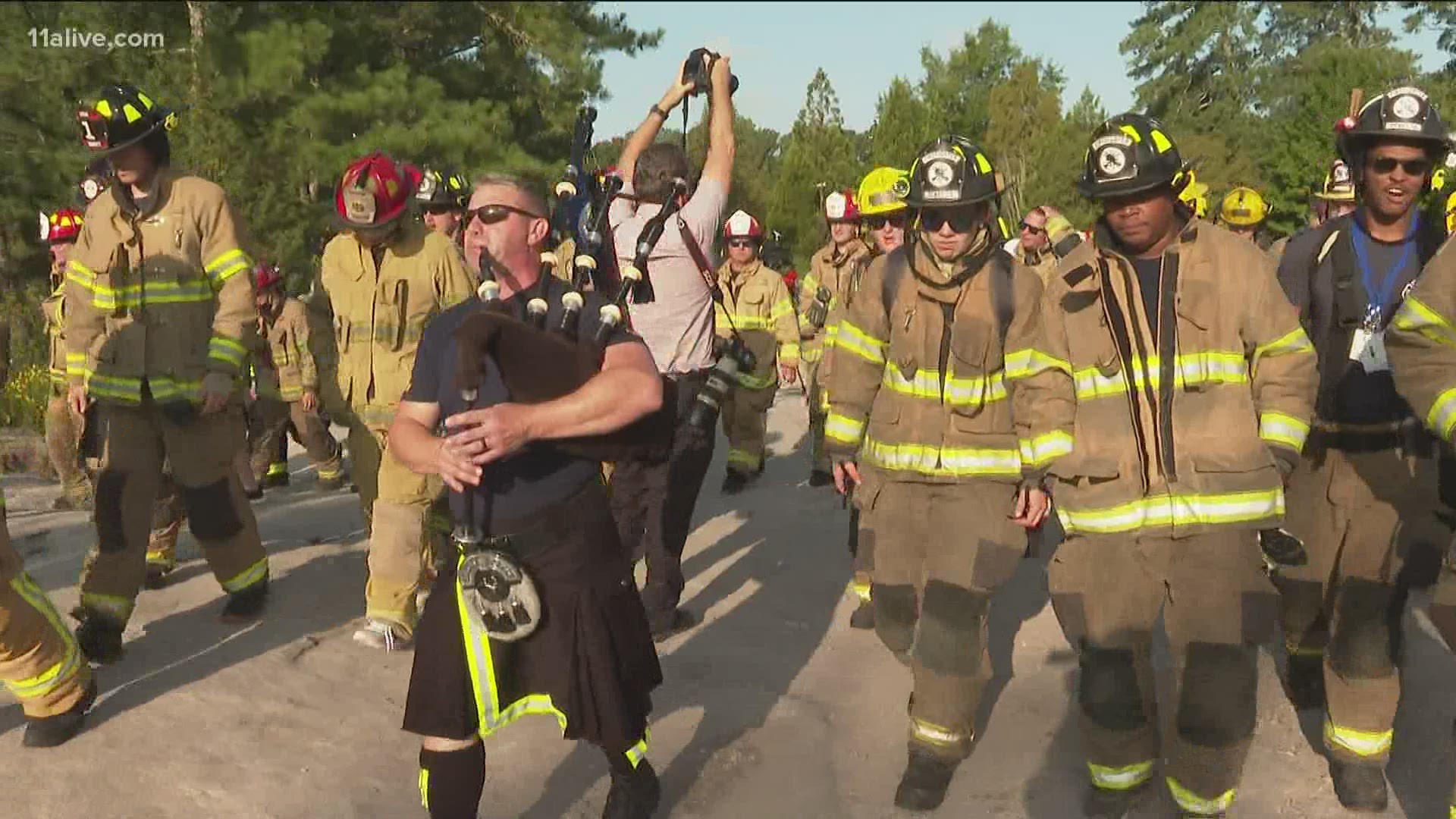 STONE MOUNTAIN, Ga. — Ceremonies honoring the fallen are happening all over the country to mark the 19th anniversary of the Sept. 11 Terror Attacks.

First responders from our area climbed Stone Mountain to honor those who risked their lives to save so many.

"It just shows that we're all one big family. It doesn't matter what fire department you're in, we all remember September 11," explained Henry County Battalion Chief Jeff Sheffield.

Sheffield was one of roughly 100 first responders who came out for the annual climb up Stone Mountain. Firefighters and police officers from all across metro Atlanta participated.

It started out with a prayer and moment of silence before an intense climb up to the top of Stone Mountain.

"It's very intense climbing in full gear especially in September in Georgia, but it is an honor to do that," explained Fayetteville Fire Division Chief Keith Harris.

He helped organize this year's event, the six one in memory of 9/11. It's an event that started initially with four first responders. It has since grown to dozens participating each year.

For Sheffield, the climb is a meaningful one.

"We're all thinking about what those guys are going through as they're walking up to the buildings, what they were going through when they went up, and then what these departments went through," he described. "When they went into those buildings, they knew exactly what they had to do and they knew exactly what they were going to face. Many knew they weren't going to come back from that and we think about it all the time especially on September 11."

"It's just a terrible loss," he added.

While it's not an easy climb - it's a mile long, equal to about 160 flights of stairs - Harris said it a small sacrifice in honor of a solemn day.

"We just wanted to show that we hadn't forgotten."