Zoey Baldwyn is soon headed to rehab, less than a week after a freak accident fractured her skull. 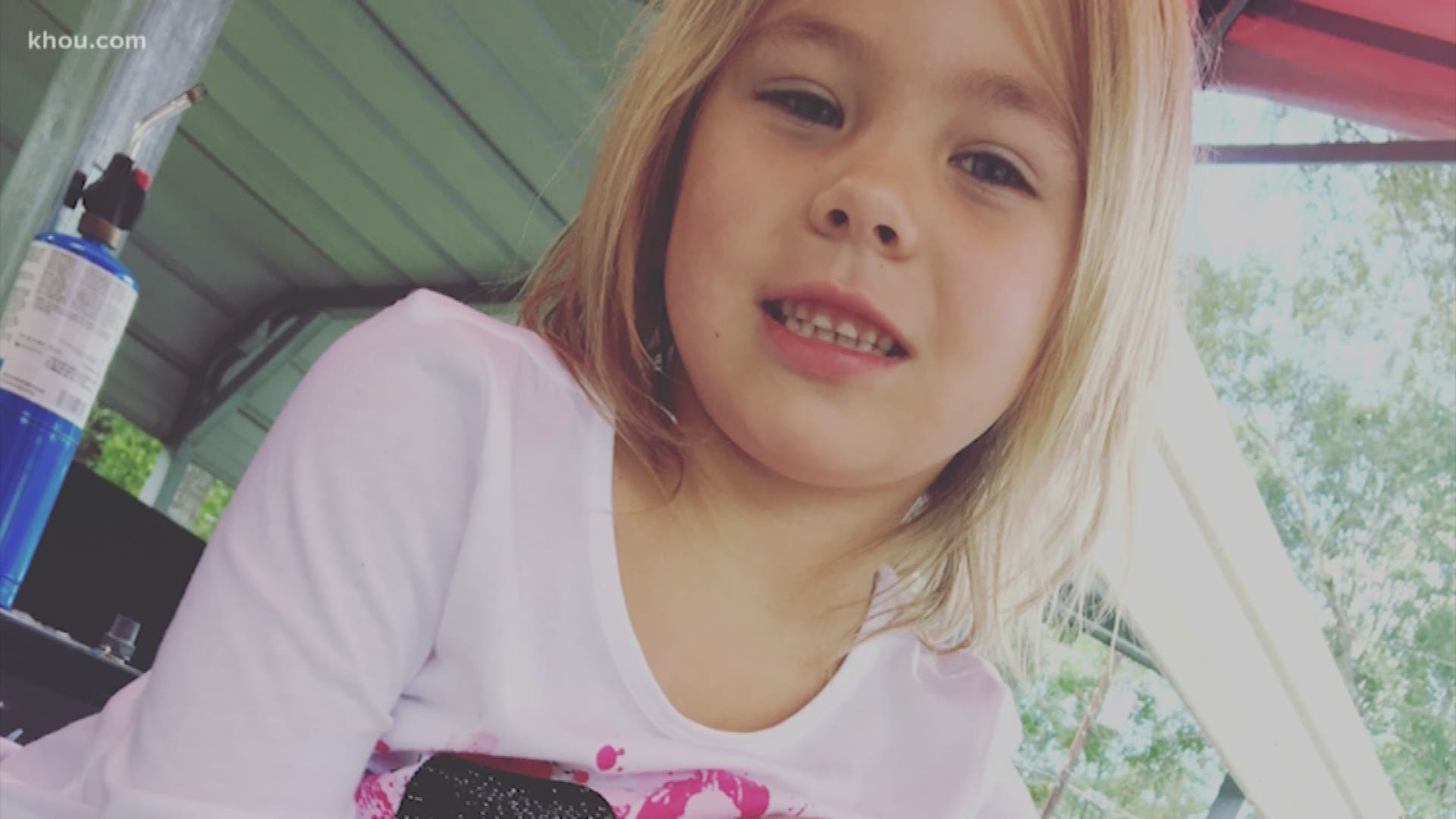 CONROE, Texas — A 6-year-old from Conroe is headed to rehab less than a week after a freak accident sent her to the hospital.

Zoey Baldwyn had to have part of her skull removed after a fallen tree branch knocked her to the ground.

Behind the blonde hair and sweet smile is a little girl ready to put up a fight.

“I tell her, 'Baby, you’re stronger than mom.' Like, she is -- she’s stronger than I ever thought I could be," said Zoey's mother Alexis Sharp.

As far as freak accidents go, this was a bad one.

Zoey was running through her grandma’s lawn when strong winds broke off a branch from the tree above. It swung down, striking the 6-year-old across the forehead.

Zoey fell back, and the back of her head landed on the stump below.

“And that’s where she had contact, and that’s what fractured her skull," Zoey's father, Wesley Huseby, said.

Zoey was taken by medical helicopter to Memorial Hermann, and in emergency surgery, doctors removed the broken part of her skull, a piece that’s still missing.

“It was a lot. It still is a lot. We have a long procedure ahead of us. A long road a head of us," Sharp said.

Her injuries were severe, but the 6-year-old is still here.

"If it wasn’t for everyone, the way they responded to my daughter, every part of me feels like I would be burying my child," Sharp said.

Just six days later, Zoey is already eating, talking and walking on her own.

"Honestly that baby can do anything she puts her mind to, she’s made it through this," Sharp said.