The shark bit through his wetsuit and booties and took a big bite out of his surfboard, he told KCOY. 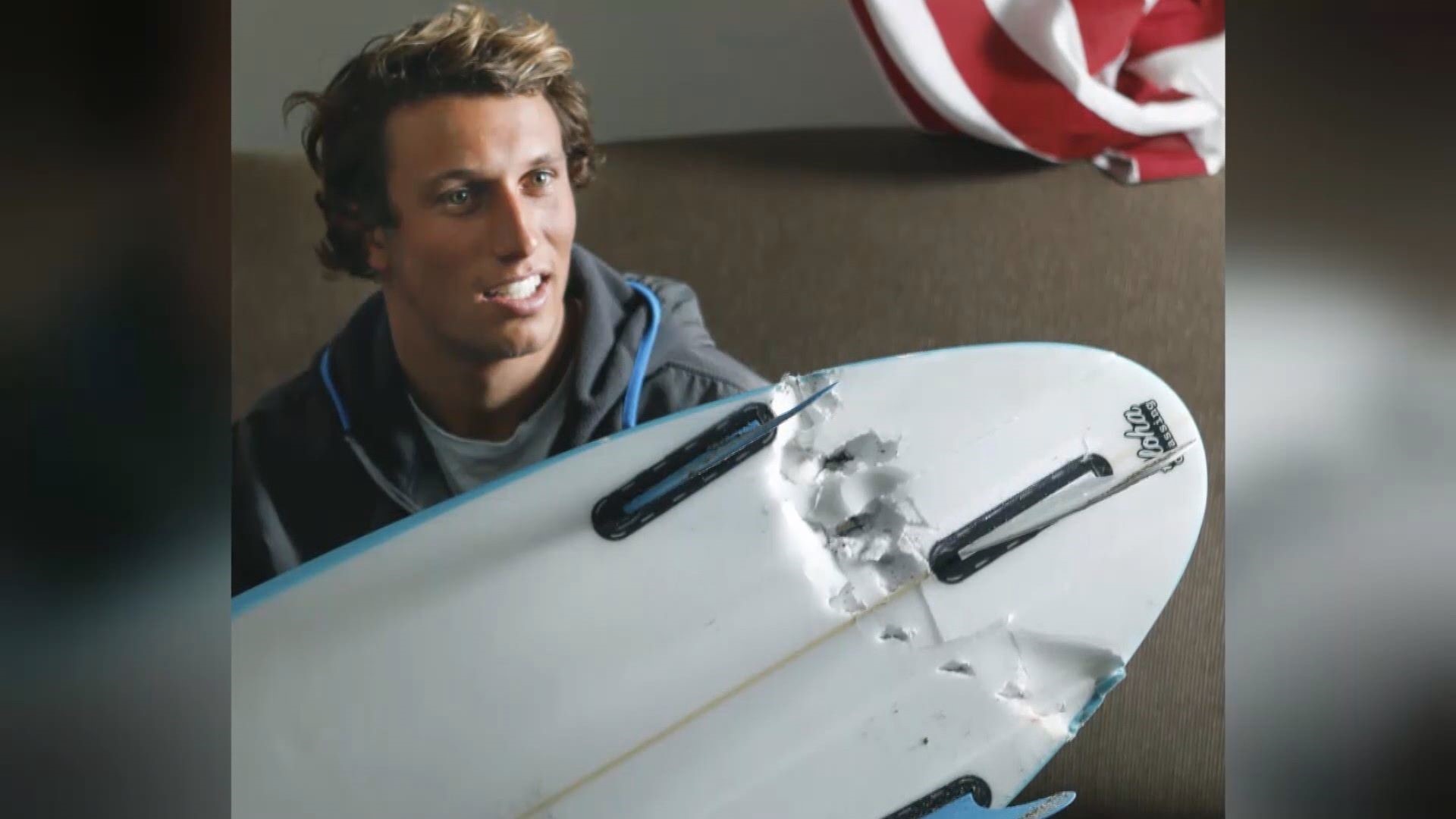 Los Osos, Calif. -- A surfer suffered leg bites but survived a shark attack off California's Central Coast after kicking the massive fish away.

Nick Wapner, 19, was bitten Tuesday morning while surfing with friends off Montana de Oro State Park, the Tribune of San Luis Obispo reported. The area is about 200 miles northwest of Los Angeles.

Park Ranger Supervisor Robert Colligan said Wapner reported being attacked by a 15-foot great white shark that clamped down on his right ankle and then up to his left thigh.

Wapner told the newspaper the shark came up from beneath him as he paddled into position for an incoming wave.

"It all happened quickly, but I turned and saw that it had one of my legs in its mouth," Wapner said. "The thing was huge."

He said the shark thrashed and bit down on his legs for about a second before he was able to kick hard and wrangle free. The shark turned and swam away.

Wapner said he screamed to his friends on shore: "I just got attacked by a shark!"

He paddled in and one of his friends drove him to a hospital, where he got 50 stitches before being discharged. "I'm happy to be alive," he said. "I'm still in shock. I got off really lucky."

"It could have hit an artery or something but it just kind of like got my ankles and my legs a little bit," Wapner told CBS Santa Maria, Calif. affiliate KCOY-TV.

Wapner, a student at California Polytechnic State University in San Luis Obispo, said he believes the shark was biting out of curiosity and realized the object in its mouth wasn't the taste it was looking for.

The shark bit through his wetsuit and booties and took a big bite out of his surfboard, he told KCOY.

"Between that and the amount of foam and fiberglass that he probably got in his mouth, that probably wasn't too tasty and so I think he figured he'd be better off just letting me go," Wapner said.

As a longtime surfer who grew up in the Los Angeles area, Wapner said the possibility of a shark attack occasionally crossed his mind but it never seemed like a reality.

He said he plans to continue surfing, adding that "it's such a big part of my life."