Virginia High School League said video of players chanting the "N" word led to the warning. Another serious infraction could keep the football team from playoffs. 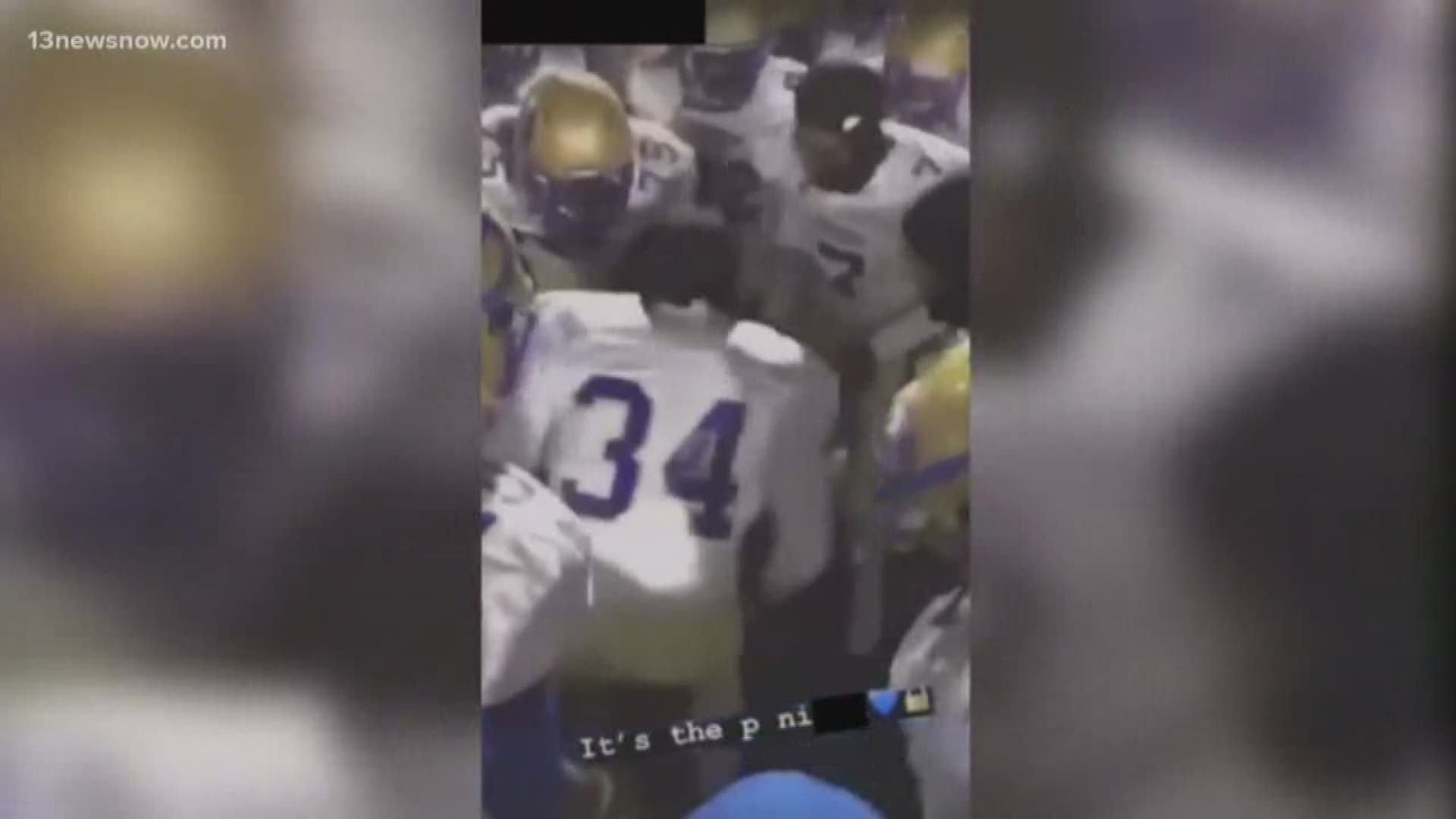 HAMPTON, Va. — A spokesman for the Virginia High School League (VHSL) said Wednesday that the organization issued a one-year warning to Phoebus High School's football program. The sanction was in response to a video that appeared on social media and showed at least some players chanting the "N" word.

The video seemed to be recorded at a Phoebus High School football game. Players stood in a group, using the "N" word to get themselves psyched up to play.

Kellie Goral, spokeswoman for Hampton City Schools, told 13News Now on Monday the school and the school division were aware of the video which appeared to be posted on the Instagram account of one of the players. From there, people began to share it.

Most of the team members wore their helmets at the time, so it's not clear if every player took part in the chant.

Goral said, "The language contained in the video, or any other type of inappropriate offensive language, is not allowed."

She explained that Hampton City Schools was taking appropriate measures to address the video, based on the division's Student's Rights and Responsibilities Handbook.

Goral wrote in an email: