Historians say the response to riots at the Capitol show a clear double standard. More arrests were made during BLM protests in May than in yesterday’s riots. 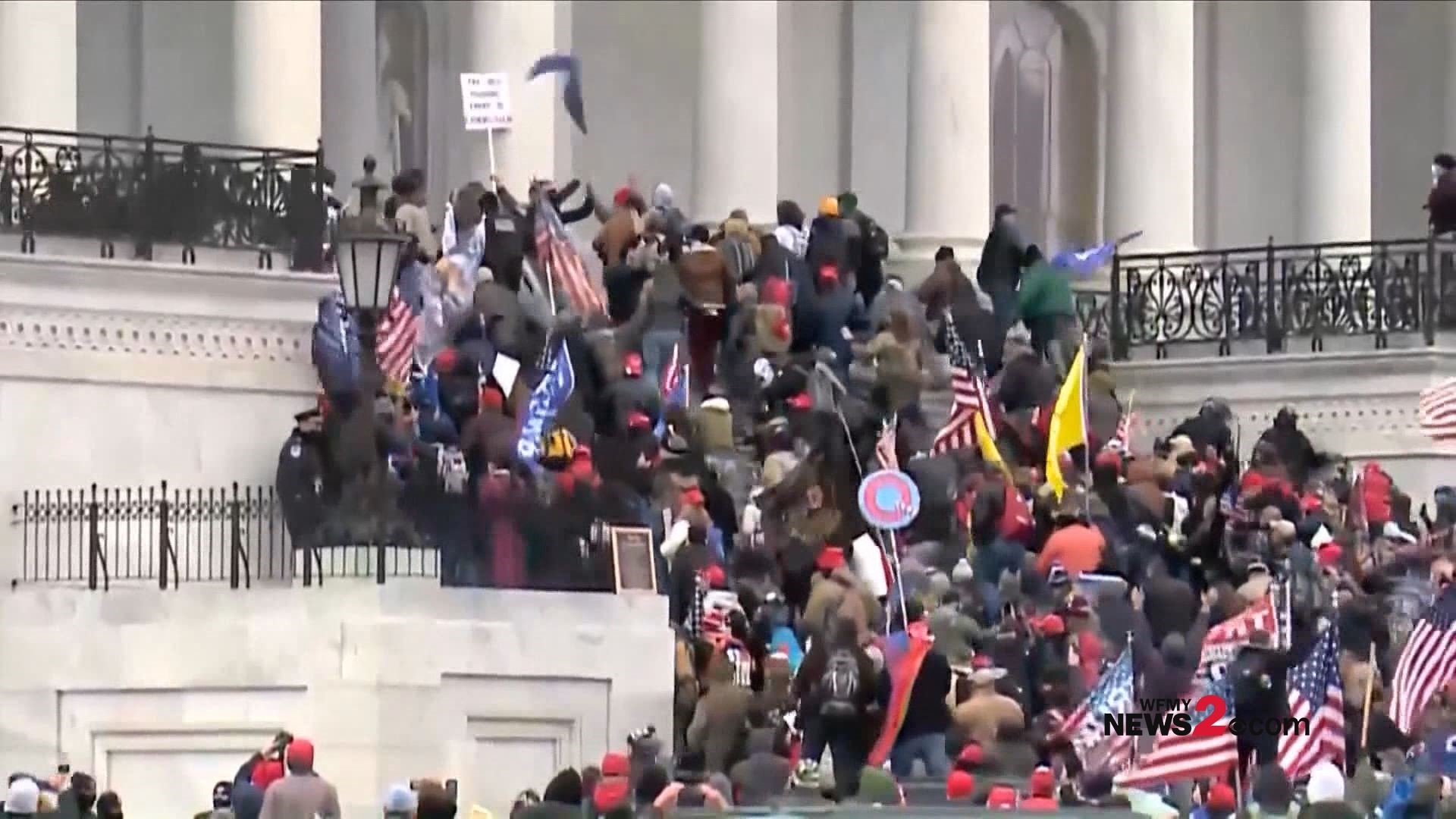 Triad historians said this has been brewing over the past four years with our current leadership.

Some people are questioning law enforcement's response at the capitol, and comparing it to the Black Lives Matter protests over the summer.

“One would arguably ask the question where was law enforcement,” Monell said. “There was a very soft presence for the crowds yesterday.”

It's a stark contrast to rubber bullets and tear gas put out by police during BLM protests.

“Those people were not only white but on the political right and there is not a very extensive history of law enforcement treating those kinds of activist with violence,” Ringel said.

We were given a clear view of how law enforcement handles what they perceive as a threat.

When Black people protest for our lives, we are met by National Guard troops or police equipped with assault rifles, tear gas and battle helmets. When white people attempt a coup, they are met by an underwhelming number of law enforcement personnel who act powerless to intervene.

69 people were arrested after the attack on the Capitol Wednesday.

Compare that to nearly 400 arrests during the BLM protest in May.