Experts are predicting that the entire state will feel the fallout of Hurricane Michael for years to come. 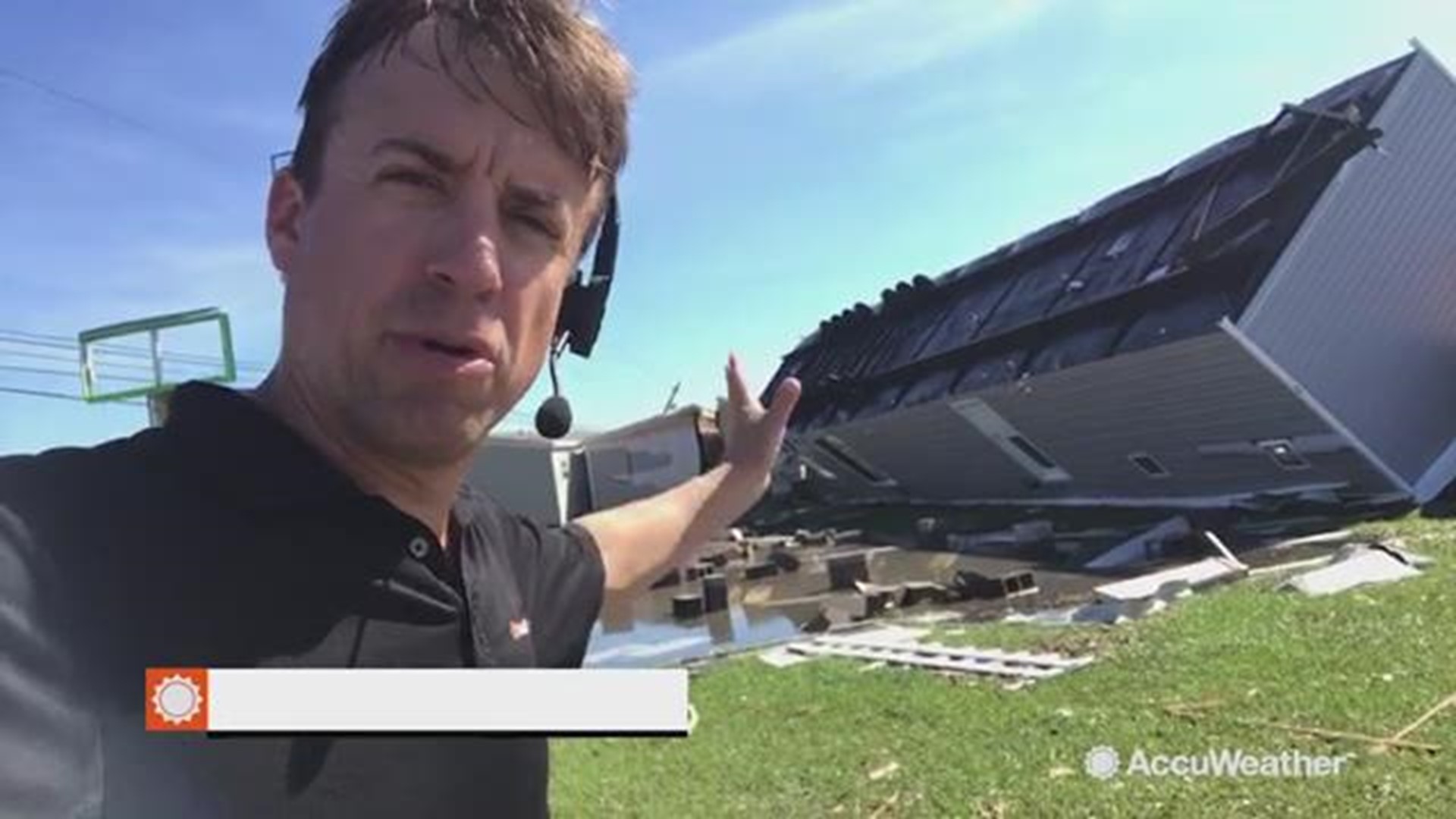 MELBOURNE, Fla. — While the human toll of Hurricane Michael is still being tallied, the environmental impact from the monster storm is expected to ripple across the Florida Panhandle, experts are predicting, and the entire state might see fallout from the storm for years to come.

"I think the impact from Hurricane Michael is still unknown at this point," said Kelly Richmond, a spokeswoman for Florida Fish and Wildlife Conservation Commission. "With storms, there can be animals that become displaced or stranded, and we also get reports of fish kills after a storm."

As of Friday, there were no reported dead fish in Florida's Panhandle region, according to the Fish and Wildlife Conservation Commission's fish-kill database. There were, however, increased fish-kill reports from Pinellas County, Richmond said. Pinellas County, to the south of the Panhandle, is home to Clearwater and St. Petersburg.

"Some reports are saying that they are newly-dead fish as opposed to decaying fish that got pushed onshore from the storm," she added. It's still too early to say whether Michael broke up the toxic red tide algae bloom that has slammed many areas throughout the state.

But a big fish kill could be imminent. The hurricane hit hard on the back of another ecological nightmare: Coastal Florida residents from the Gulf to Stuart have endured one of the worst red tides in recent memory.

Before Michael, the toxic fish-killing algae had already peaked, and hopes are high that if there's a silver lining to Michael it's that the surge and wind and torrential rains might have broken up the blight. But it's also possible that the organism responsible for the outbreak could be recharged by the nutrients washing back into the Gulf, spreading its deadly impact over an even wider area.

Much depends on water temperature, currents, and the release of nitrogen and phosphorus from wastewater, yard fertilizers and other sources during and after the storm, biologists say.

"This may very well break up what remains of that red tide," said Duane DeFreese, executive director of the Indian River Lagoon National Estuary Program. "The question is what happens in the aftermath."

Sampling in the Florida Keys since the storm has shown the presence of red tide there, Richmond said.

"Unfortunately, we still can’t say whether it will get better or worse and due to the reversals in circulation," she added. "We also can’t say for sure whether it will more or less stick in one general area or get transported elsewhere."

On Wednesday, a bill to authorize an additional $15 million over five years to identify and develop strategies to combat red tide was sent to President Donald Trump’s desk. The Water Resources and Development Act of 2018 was approved by the Senate on Wednesday in a 99-1 vote after being approved by the House in September.

Thousands of gallons of sewage discharged

Reports of tens of thousands of gallons of raw sewage spilled – some into local waters – trickled into the Florida Department of Environmental Protection on Thursday and Friday.

Those could fuel more toxic algae.

"Every wastewater utility that is in the pathway of this storm is vulnerable to temporary failures, and potential damage to structure," DeFreese said. "It will override even really well maintained new structures, if it gets extreme enough. ... When the wastewater infrastructure fails, you are going to get both human health and environmental challenges."

After losing power at around 2:45 p.m. Wednesday, a pump station in Tallahassee overflowed, spilling an estimated 150,000 gallons of raw sewage onto land surface and into the nearby stormwater management system known as Lake Holley, according to the Department of Environmental Protection.

The U.S. Coast Guard in collaboration with the U.S. Environmental Protection Agency (EPA) is conducting flyovers to assess coastal areas.

Beaches that had recovered from the Deepwater Horizon oil blowout in 2010, are again a mess, this time with construction and other debris, and much less sand.

The U.S. Geological Survey expected the surge to erode the base of the dune on 75 percent of Florida's Gulf Coast beaches, washing out whatever nests remain in these latter stages of the sea turtle nesting season.

Inland waters swelled to new heights. One USGS gauge in Econfina Creek, north of Panama City, jumped from under seven feet above sea level to almost 12 feet when Hurricane Michael hit the Panhandle.

Michael also put a damper on clam and oyster harvests in shellfish hot spots such as Cedar Key and Apalachicola.

"That is a very important area for shell fisheries," DeFreese said.

"We won't know how this system responds until after. When you look at catastrophic storms, very often they can shift baselines in systems," DeFreese said. "Completely over-wash the wetland, upland transitions, and then it takes some time for systems to recover. The commercial fishing impacts on this could be extreme."