The president was admitted to Phoebe Sumter Medical Center in Americus, Georgia, Monday, for treatment of an infection. 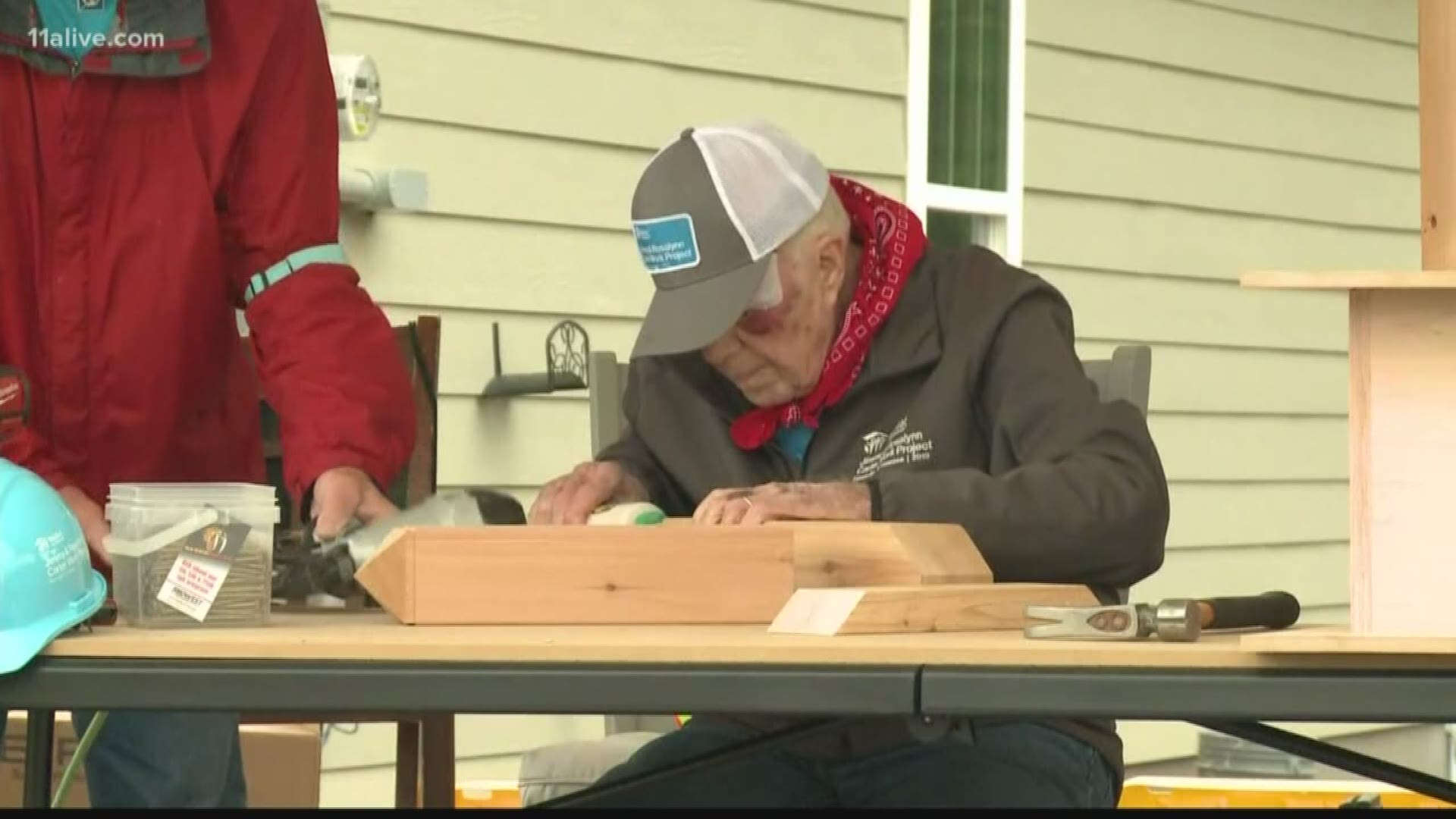 ATLANTA — President Jimmy Carter has been released from the hospital after spending two days for treatment of an infection, according to reports.

The Associated Press reports the former president was discharged Wednesday afternoon after being treated for a urinary tract infection, according to Carter Center spokeswoman Deanna Congileo.

"He looks forward to further rest and recovery at home in Plains, Georgia," the Center said in a Tweeted statement.

The Carter Center confirmed Monday that the president was admitted to Phoebe Sumter Medical Center in Americus, Georgia to treat a urinary tract infection.

The Center noted after news broke of his hospitalization that he was "feeling better and looks forward to returning home soon."

The 95-year-old president was just released from the hospital last week - the day before Thanksgiving - after undergoing unexpected surgery to relieve pressure on his brain caused by a subdural hematoma. The surgery took place on Nov. 11.

While Carter has been cleared to go home again, he will likely be taking it easy; Maranatha Baptist Church website noted that President Carter will not teach Sunday School on Dec. 8 or the 22.

Material from the Associated Press contributed to this report.