Artist featured by the NFL

According to NFL.com, NFL Artist Replay is "an initiative created to amplify the work and voices of BIPOC artists around the world." 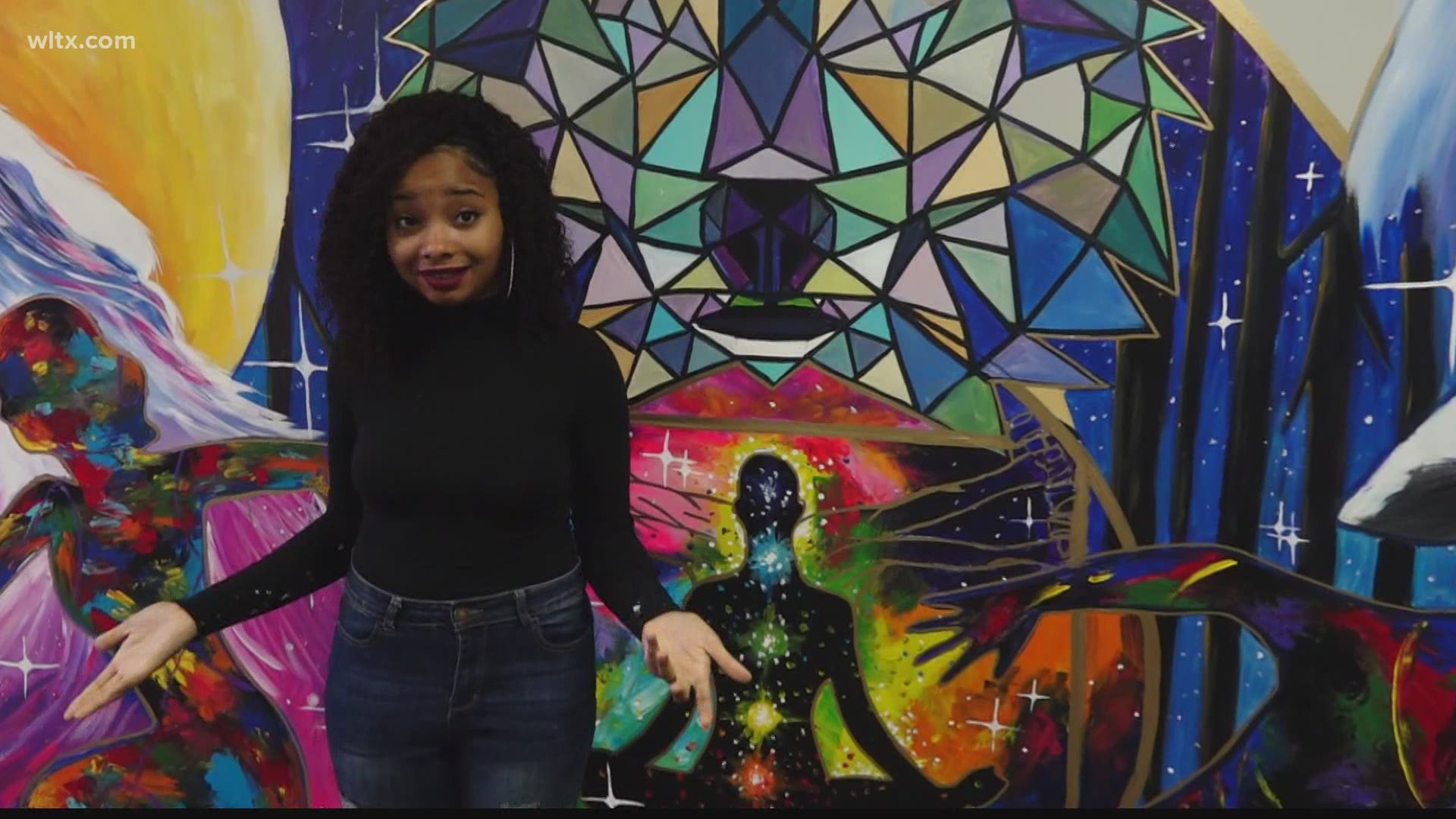 COLUMBIA, S.C. — One local artist was featured by the National Football League, which asked her to make a work of art.

Ija Charles, a local artist, was excited when the NFL reached out to her to make a piece for them.

You may have seen some of her murals in the City of Cayce, as well as the Art on State wall at the Interactive Art Park in the City of West Columbia and the Richland County Library in Downtown Columbia.

Charles was asked to make a NFL Artist Replay piece. According to NFL.com, it's "an initiative created to amplify the work and voices of BIPOC artists around the world."

At first she couldn't believe it. She thought the messaged she received from them was spam.

"I decided that this was something I wanted to do," said Charles. "Just bringing positivity on a larger scale in times like this where things are just going crazy."

RELATED: New mural added to the 'original heart' of Cayce

She had about three days to work on this picture.

"It was just showcasing little kids just looking up at our generations because we are the ones controlling just how we are dealing with things and just focusing on one football player in particular, Deshaun Watson, showing how off-field he was still using his talents and things that he believed in to actually make a difference," said Charles.

"For me, my whole mission statement for just being an artist in general is painting positive vibes on the canvas of life," explained Charles. "I started in Columbia because South Carolina has been the community to help build me to be who I am as an artist, but ultimately I want to branch out and I just want to bring that positivity everywhere I go."

Most recently, she just wrapped up on a new piece located at the Bodycepts Fitness Studio.

"We wanted to just base it off of (the personal trainer's) whole vibe of just what he does when people come into this place. The main wolf is actually representing him as he has found his strength within himself," said Charles. "He not just focuses on physical health. It's also about just finding strength in your mind, body and soul."

The piece also is meant to inspire people who come to the gym that they are part of the wolf pack and they're learning to be the best that they can be.

She's looking forward to creating new pieces of art across the Palmetto State very soon. Their will be an exhibit that will soon be on display at the Columbia Metropolitan Airport at the end of the month.