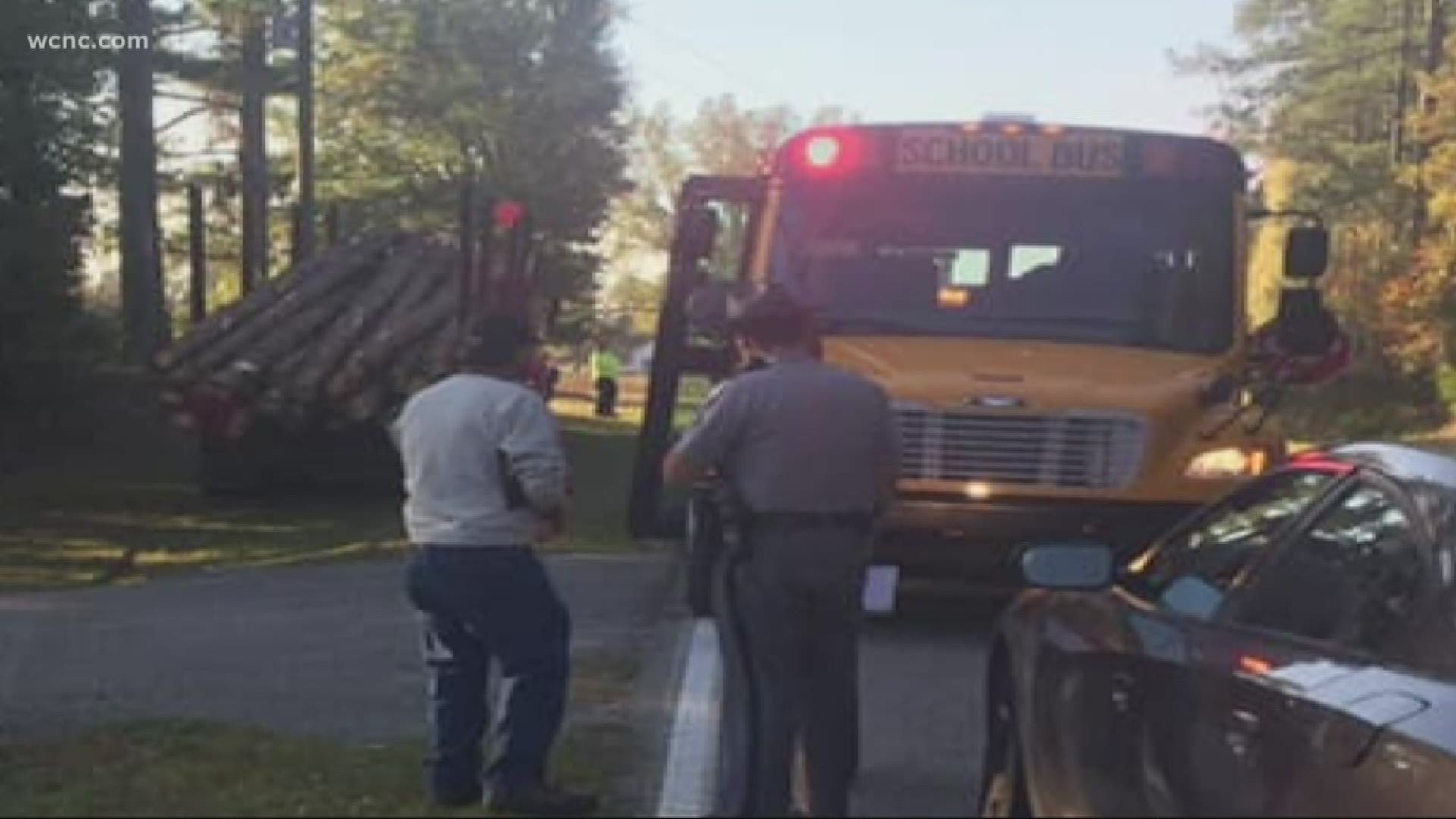 KERSHAW, S.C. — The Lancaster County School District is warning drivers to follow school bus laws after one of its students nearly got hit by a logging truck as she boarded the bus on Wednesday morning.

The bus' surveillance camera recorded the incident, which the district later posted to Facebook as a safety reminder for drivers.

Eddie Reese, the bus driver, told NBC Charlotte he stopped in front of a student's house off Flat Rock Road near the county line.

He said he waited for oncoming traffic on the two-lane road to stop before activating his stop arm and crossing gate.

As the girl climbed on-board, Reese said a logging truck was rounding the corner, going too fast to brake in time for the stopped traffic ahead of it.

"[The truck driver] pulled out to the left lane, and there I was with the yellow school bus," Reese said. "When I was looking at him, and he was coming towards me, I said, 'This is not good. I'm afraid this might be my last day.'"

Kristen Adams, the student's mom, watched the oncoming truck from inside her house.

"To look out the window and see [the truck], not knowing if that is the end, that was scary," Adams said.

The truck snapped the bus' crossing arm, but it swerved just enough to avoid the bus. It ran through the same spot where Adams' daughter was standing just a few seconds earlier.

No one was injured.

"It's scary that could've been my last day," Reese said. "Even the girl that just loaded on the bus, she said, 'I could've died.'"

As South Carolina troopers investigate the incident, the district shared the video as a lesson for drivers to pay attention and follow school bus laws.