The average household could save $20 to $40 a month thanks to lower gas prices. 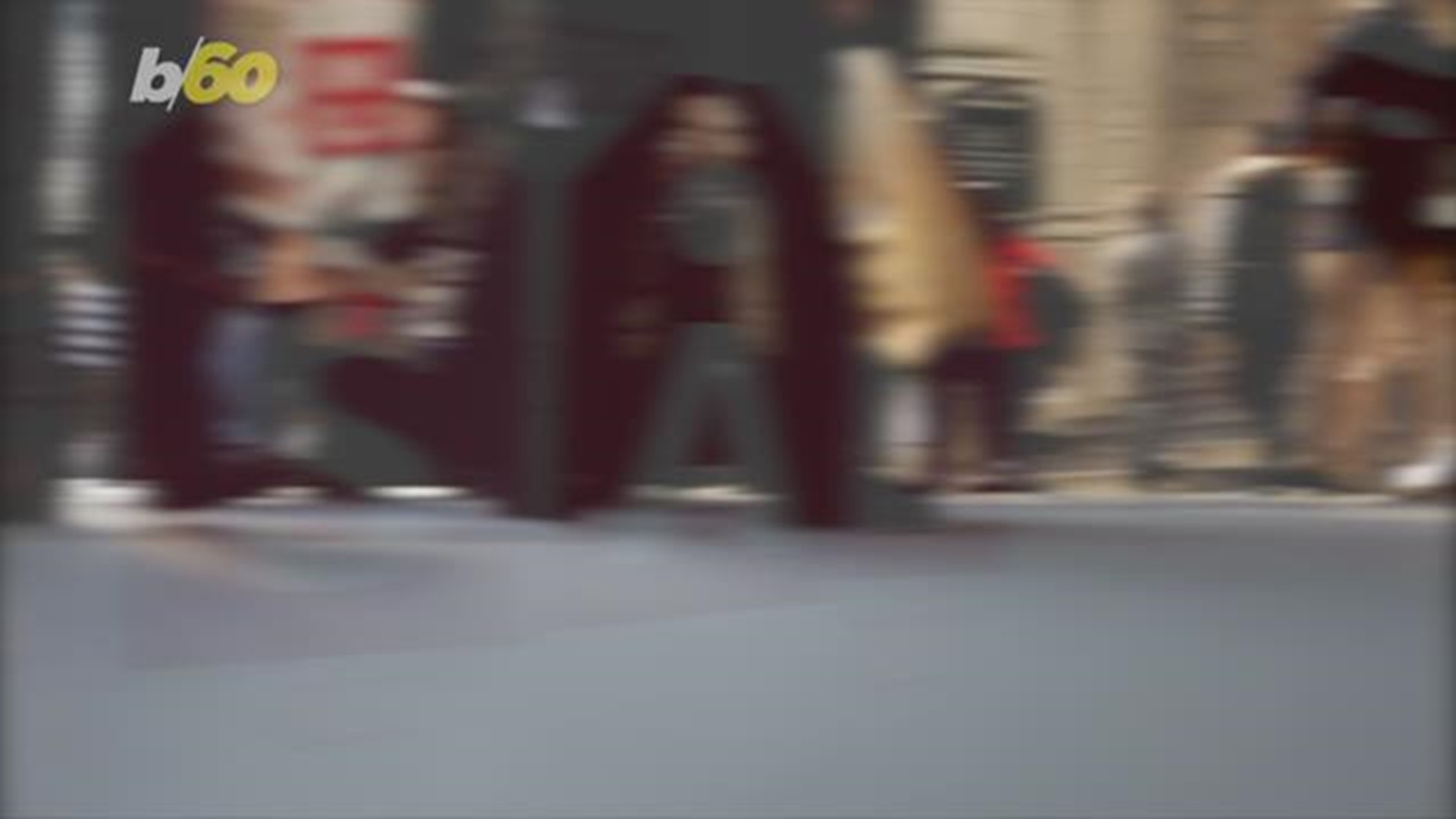 Falling oil and gasoline prices should deliver an early Christmas present to holiday shoppers and the economy in coming weeks, lifting consumption by a few billion dollars a month, economists say.

At the same time, sliding crude prices will hobble a resurgent U.S. oil industry, analysts say, but that will only partly offset the overall benefits for the economy.

“It’s going to put more money in consumers’ (pocketbooks) to spend on other goods and services,” economist Chris Lafakis of Moody’s analytics says.

The price of U.S. benchmark oil has plunged 26 percent from $76 a barrel in early October to around $56. Economists cite the Trump administration’s decision to ease restrictions on Iran’s oil exports as well as record production by Russia, Saudi Arabia and the U.S. There are also concerns about slowing global demand.

So far, oil’s tumble has only partly filtered into gasoline prices. Regular unleaded averaged $2.67 per gallon nationally Thursday, down from $2.90 a month earlier, according to AAA. The drop in crude prices, combined with a typical seasonal slowdown in U.S. driving, should push gas prices to $2.25 to $2.50 a gallon in the next few weeks, says Tom Kloza, global head of energy analysis for the Oil Price Information Service.

That would save Americans $2.5 billion a month, or $30 billion annually, compared with average oil and gas prices in the third quarter, assuming the lower pump prices are sustained, Lafakis says. Economist Paul Ashworth of Capital Economics estimates the monthly savings at $3.3 billion, and Kloza puts it as high as $5 billion.

The savings are more limited so far but they're making a difference for some. Leslie Fox, of Columbus, Ohio, has to make two different dinners each night because her daughters are vegetarian or vegan while her sons only eat meat. With gas prices lower, she’s bringing in prepared food from grocery stores or restaurants three to four times a week, up from once or twice previously.

She figures she’s saving about $4 each time she fills up compared with a month ago. “It’s a psychological difference,” she says. “It feels good so you go, ‘I’m buying that bread.’”

At the same time, the U.S. oil industry has flourished in recent years as a result of the shale oil boom. The country produces about 11.7 million barrels of oil a day, up from about 5 million a decade ago. If oil prices stay at around $55, that would likely prompt oil companies to reduce the number of oil drilling rigs nationally by about 100, tantamount to a $10 billion drop in annual investment, Ashworth says.

In other words, for the broader economy, a decline in oil prices is not as overwhelmingly positive as it used to be because the oil industry makes up a bigger part of the nation’s gross domestic product. Still, the pullback in oil outlays would offset only about a quarter of the rise in consumer spending, Ashworth says.

“It would still be a positive for the economy,” economist Gregory Daco of Oxford Economics says.

All told, economists say, the oil price decline would add one- to two-tenths of a percentage point to economic growth in the last three months of the year and in 2019 if prices stay low.

While that’s not much, it would be a welcome bump as economic growth slows from a projected 3 percent this year to 2.5 percent in 2019 as the effects of federal tax cuts and spending increases fade.

From early January to October, the opposite dynamic occurred. Crude prices rose from $58 to $76, bolstering oil investment and damping consumer spending, resulting in a modest net drag on economic growth, Daco says. Yet that hardly seemed to matter because the tax cuts still spelled an overall gain for consumer spending.

A drop in oil and gasoline prices would also temper inflation that has crept higher this year.

Ashworth says it should push overall annual price increases from the current 2 percent – right at the Federal Reserve’s target – to slightly below that benchmark.

But don’t expect the Fed to scale back its tentative plan to raise interest rates for a fourth time this year in December and three more times in 2019, Ashworth says. The Fed mostly focuses on a core inflation measure that strips out volatile food and energy items.

The big question is how long oil and gas prices will remain low.

Kloza reckons crude prices will climb back into the $60 to $70 range by next month as OPEC cuts production. He expects gas prices to stay low through the winter as Americans travel less but to start climbing back toward $2.90 in the spring.

Capital Economics, however, predicts oil and gas prices will largely remain a bargain through next year.