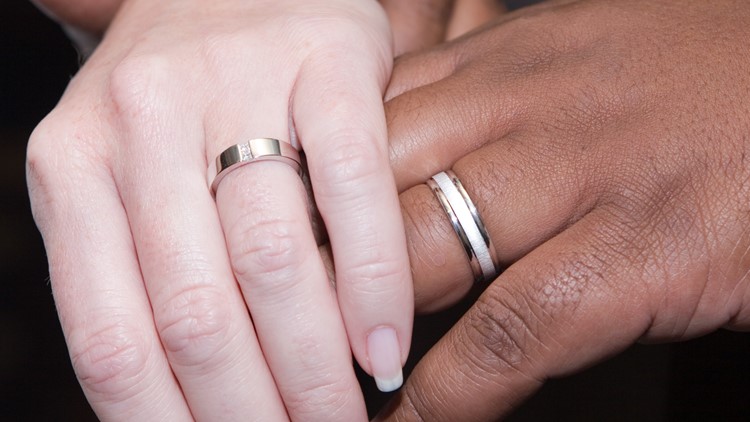 Wedding venue says it's against its beliefs to host interracial wedding

BOONEVILLE, Miss — An interracial couple was turned away by a wedding venue in Mississippi because of the owner’s “Christian beliefs.”

Since then, the owner has apologized and said she was raised to believe interracial marriage was an “understood subject,” the Clarion-Ledger reported.

In a video that has now taken off on social media, a woman can be heard saying “we don’t do gay weddings or mixed-raced because of our Christian faith, I mean Christian belief.”

The woman who posted the video, LaKambria Welch, went to Boone’s Camp Event Hall in Boonesville with her mother after they found out the venue wouldn’t host their brother’s wedding, the New York Times reported.

The Clarion-Ledger reported Welch’s brother is black and his fiancé is white.

Welch said she the whole episode has her shaken, according to The Times.

Boone’s Camp Event Hall made a statement on Tuesday that its owner was taught that “interracial marriage was against the teachings of the Bible.” But, after consulting with a pastor the venue realized it was wrong, the New York Times said.

In screenshots captured by WCBI-News, the event hall said it never meant to be racist but “assumed” it was doing the right thing and following faith-related beliefs.

RELATED: Marriage licenses would be abolished under bill

In 2016, House Bill 1523 passed and gave Mississippi businesses the right to deny services based on religious views, according to the Clarion-Ledger. The bill doesn't let the government intervein when churches or businesses act "based upon or in a manner consistent with a sincerely held religious belief or moral conviction."  The Clarion-Ledger said the bill was passed with direction toward sexual orientation -- not race.