Kevin Ward Jr. was killed when Tony Stewart collided with him at a dirt track race in 2014. 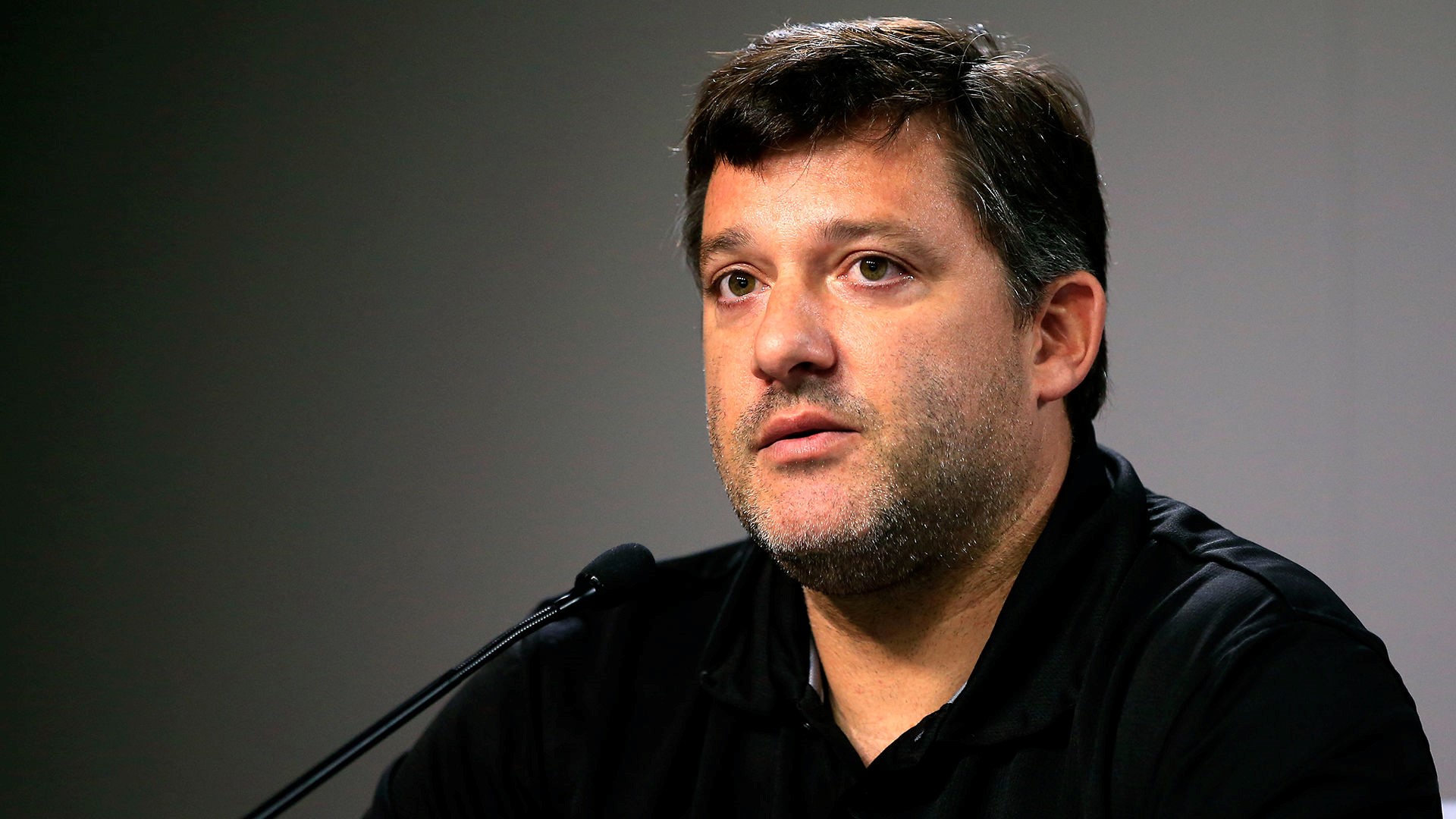 The family of Kevin Ward Jr. scrambled for days looking for new lawyers to take over their wrongful death lawsuit against former NASCAR driver and current team owner Tony Stewart.

Stewart wanted to settle and the mother of the race car driver killed when Stewart collided with him at a dirt track race in 2014 told USA TODAY Sports that the family’s law firm threatened to quit the case if the family didn’t take the deal offered by the three-time NASCAR champion's lawyers.

Pamela Ward said the family contacted about a dozen law firms, but the costs of hiring new lawyers to take the case just weeks before the trial was slated to begin next month proved too prohibitive.

"We felt like we were being forced to settle," Ward said in her first interview since the settlement. "We wanted (Stewart) to be held accountable in front of a jury of his peers. He was not held accountable in a criminal case. He basically has never been held responsible at any point. I basically feel our lawyers have let us down as we were informed a month before trial that they would not be willing to take this case to trial."

The Ward family signed off on the deal and appeared in the federal courthouse in Utica, N.Y., on Thursday, where Pamela Ward told the judge she had agreed to the deal, although she “wanted to have a trial” as Stewart sat a few feet away. There are some remaining issues with the case that prevented the settlement to be fully finalized at the hearing.

Terms of the settlement were not disclosed, although Ward said “the case was never about a financial award.”

Ward said she thought U.S. District Court Judge David Hurd would have asked her about why she was settling after she appeared to express misgivings at the hearing.

“I wanted the judge to know that we wanted to take the case to trial,” Ward said. “When I said we didn’t have have any means to do so, I wasn’t able to say it was because we couldn’t find new representation to take it to trial. With no other means, the only thing we could do was settle. I thought the judge would come back and ask us, ‘What do you mean you don’t have the means to go to trial?’ "

The Lanier Law Firm took the case on contingency, which means the plaintiffs don’t have to pay any money out of pocket and the firm would only get a cut – usually about a third of the award – if the case is settled or the plaintiffs prevail at trial.

Mark Lanier, the founder of The Lanier Law firm and the lead attorney in the case, told USA TODAY Sports that he was limited in what he could say because of attorney-client privilege, although he said the goal of any firm that takes a case on contingency is to win a financial award for its client.

“I think they really wanted a trial and wanted some measure of vindication,” Lanier said. “We recognized that going to trial was going to take a lot of money in the long run and the money we got for them (via the settlement) was more than they would have received if they went to trial and won, especially after the expenses were deducted. That’s the point (of a case taken on contingency). They made that decision. You can’t force somebody to settle. I did not force them to settle.”

While he declined to give financial details of the deal, one hurdle if the case went to trial was that under New York state law, the family could not seek damages.

Lanier declined to state whether he would have asked off the case just weeks ahead of when jury selection was set to begin on May 7 if the family didn’t take the deal. Hurd would have had to approve Lanier’s removal from the case, something he might not have agreed to so close to the scheduled trial.

Lanier, speaking in generalities and not to this specific case, said clients who want to force a trial regardless of a monetary outcome have one option: pay a firm, expert witnesses, court costs and other expenses directly – something that could cost well into six figures for a case such as the one that the family pursued against Stewart.

“Generally, we are hired in a case to get the best monetary recovery,” Lanier said. “If a client doesn’t care about a monetary recover and just wants a trial where we will not win that amount – or win at all – we are probably not the right firm.”

Ward, 20, was killed at a dirt track race at Canandaigua (N.Y.) Motorsports Park in August 2014 after he was bumped and crashed out of the race by Stewart. Ward got out of his car and approached Stewart’s car under caution when Ward was struck and killed.

A grand jury in Ontario County declined to charge Stewart with either manslaughter in the second degree and criminally negligent homicide after they convened to hear testimony from more than 20 witnesses and reviewed video footage of the incident.

The Ontario County district attorney said Ward had marijuana in his system at the time of the race.

The family filed the wrongful death lawsuit in 2015.