The plane carrying Dale Earnhardt Jr. and his family bounced multiple times and veered off the runway before ending up on a highway. 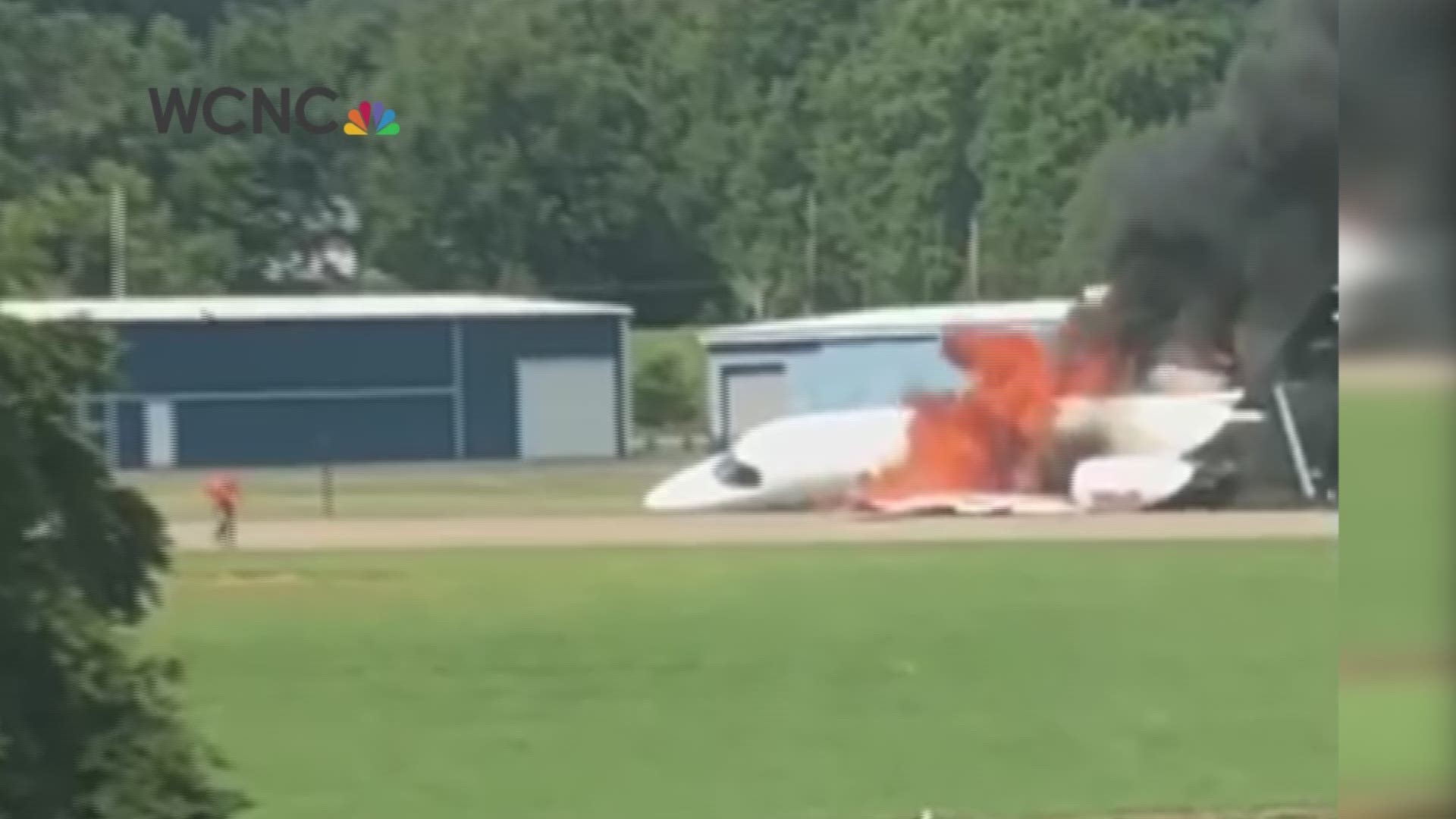 "We had a great time with our first responder family at the BMS night race! A big thank you to NASCAR for giving us and all the agencies that responded to Dale Jr.'s plane crash free tickets!" the Carter County Sheriff's Office wrote on Facebook.

The race was held at Bristol Motor Speedway in Bristol, Tenn.

The plane carrying Earnhardt Jr. and his family bounced multiple times during a crash landing and veered off the runway before ending up on a Tennessee highway, investigators said Friday.

RELATED: Dale Earnhardt Jr.'s Plane 'Ballooned Up and Then Came Back Down'

Earnhardt's sister, Kelley Earnhardt Miller, said in a statement that all five people aboard the plane Thursday are "doing well." Earnhardt, now a NASCAR television analyst, was taken to hospital for evaluation Thursday and discharged that day.

Federal Aviation Administration officials had said the plane caught fire after landing. Hicks said everyone aboard was able to evacuate through aircraft doors.

"As bad as this accident was, there's a lot of good things that happened," Elizabethton Mayor Curt Alexander said. "One being that everyone walked away. The second being at 3:40 in the afternoon, after school had just let out a couple of miles up the road, there were no cars involved in this accident."

Hicks said investigators have spoken with the Earnhardt family and the two pilots, all giving accounts consistent with what was seen on video. Hicks expects investigators to release a preliminary report in about seven days that will provide basic facts but no conclusions about the cause. He said the cockpit voice recorder will be sent to the NTSB's Washington headquarters.

"We want to reiterate our appreciation to the NASCAR community, first responders, medical staff, and race fans everywhere for the overwhelming support in the last 24 hours," she said.

Earnhardt retired as a full-time racer in 2017. He was to have been part of NBC's broadcast team for Saturday night's Cup Series race at Bristol Motor Speedway. He is now taking the weekend off to be with his family.