Noah Tomlin's grandmother says 'cloud of sorrow' is over family's home, thanks community for support

HAMPTON, Va. — Days after the Hampton Police Division found a body that investigators think is that of Noah Tomlin, the 2-year-old boy's paternal grandmother shared statement on Facebook.

Cindy Jones explained why her family, including Noah's father, have been quiet, describing the past week as being one of "hellish speculation, conjecture, and innuendo."

In it, she took the opportunity to thank people for the support that they've shown to the family, explaining it was great comfort to know that it was there. Jones also asked everyone to be mindful of the posts they make online and the opinions they are sharing. It's her hope that she and her family can shield Noah's brothers and sisters from it.

I know everyone is wondering why Noah's father and family have stayed quiet throughout this past week of hellish speculation, conjecture, and innuendo. Nevertheless, we are now prepared to speak out and explain our position on why we have remained in the background until now. Additionally, before we relay our sentiments on this shocking, and horrendous situation that two families find themselves entangled, everyone needs to remember that Noah had nine, yes nine siblings that are also innocent victims. And it is because of the other nine children involved that we ask the public to take care with what they post on social media as the older children are privy to everything that is being posted and it is severely upsetting adding to the stress of them finding out their brother has died at the hand of their mother. Please have care and think before you post and ask yourself, would I want my child to read this if the tables were turned?

We have chosen to remain silent until now because we have Julia Tomlin's three oldest children. We adopted them in 2011, after she signed away her parental rights before going to jail after being convicted of felony child abuse. We adopted the three older children who are our grandchildren and who we fostered for six months prior to the adoption's finalization. There is also a set of twins one of which was the victim of the stove burn. The twins found a new life and home with an unknown family. There are also three more boys who all reside with their fathers. The baby is now in foster care and we pray that she finds a loving family. All in all, it is the nine other children that everyone should consider in the aftermath of the tragedy. Please be sensitive in what is said and/or written. People can speculate, spew hatred and venom or they can opt to send prayers and well wishes. Until the entire situation comes to light and the truth in its entirety comes out, please understand that the children are wounded, and devastated.

It was our true belief and hope beyond hope that Noah would be returned home safely and that his disappearance was nothing more than a sickening prank that had gone awry. We sincerely thought that Julia had arranged to have someone hide Noah as a means of upsetting Noah's father and getting back at him for changing his plans of going to her house the morning of his return. Instead, he decided to come straight to see his parents and older three children, on his return to Virginia from California on Saturday, June 22. Noah's father had been residing in California for the past two years and did not find out about Julia's pregnancy until after he had moved for work. We genuinely believed that Julia was vying for attention as it would not be the first time that Julia had caused drama and chaos for unseen slights. Unfortunately, our worst fears came to fruition as we all found out this past Wednesday, July 3. There is much more of this story to be told but, as I asked of you all I must abide by own wishes and not post anything that would be hurtful to the children. I do want to say that our hearts are broken and the sadness is stifling. There is a cloud of sorrow over our home. We pray that all who have sent love and support to us know that it has been a great comfort to our family to know that so many people care. Additionally, for those who have sent donations, we wish only to see Noah's siblings be the beneficiaries and recipients of the goodwill of the public who has been so very generous.

Thank You So Very Much 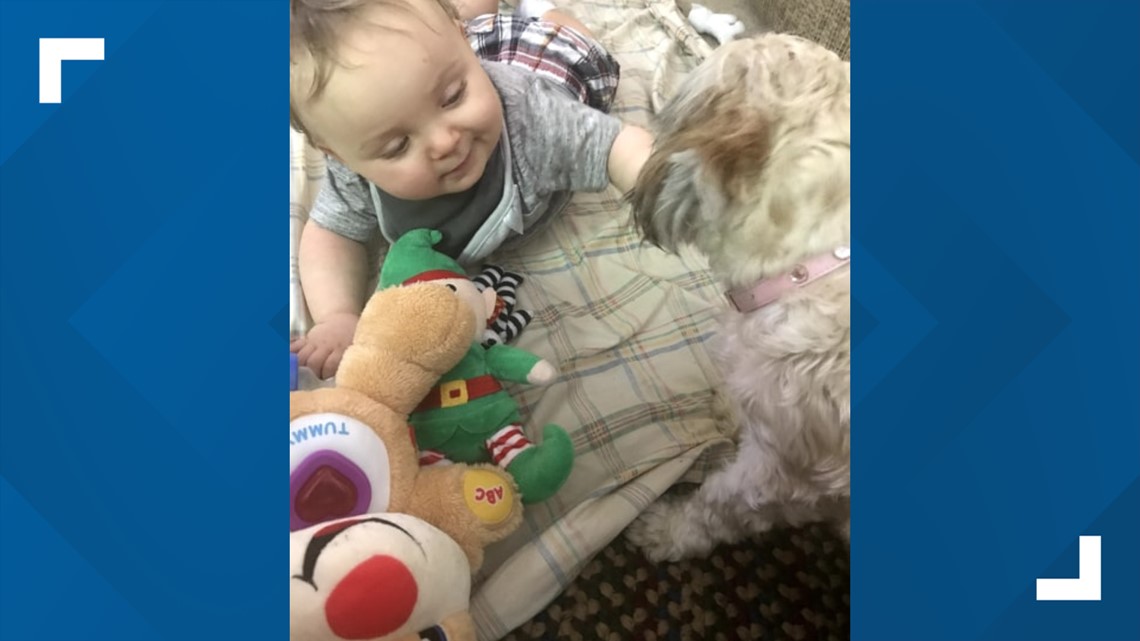