She landed the jaw-dropping move from the balance beam during Friday night's round of competition at the 2019 US Gymnastics Championship. 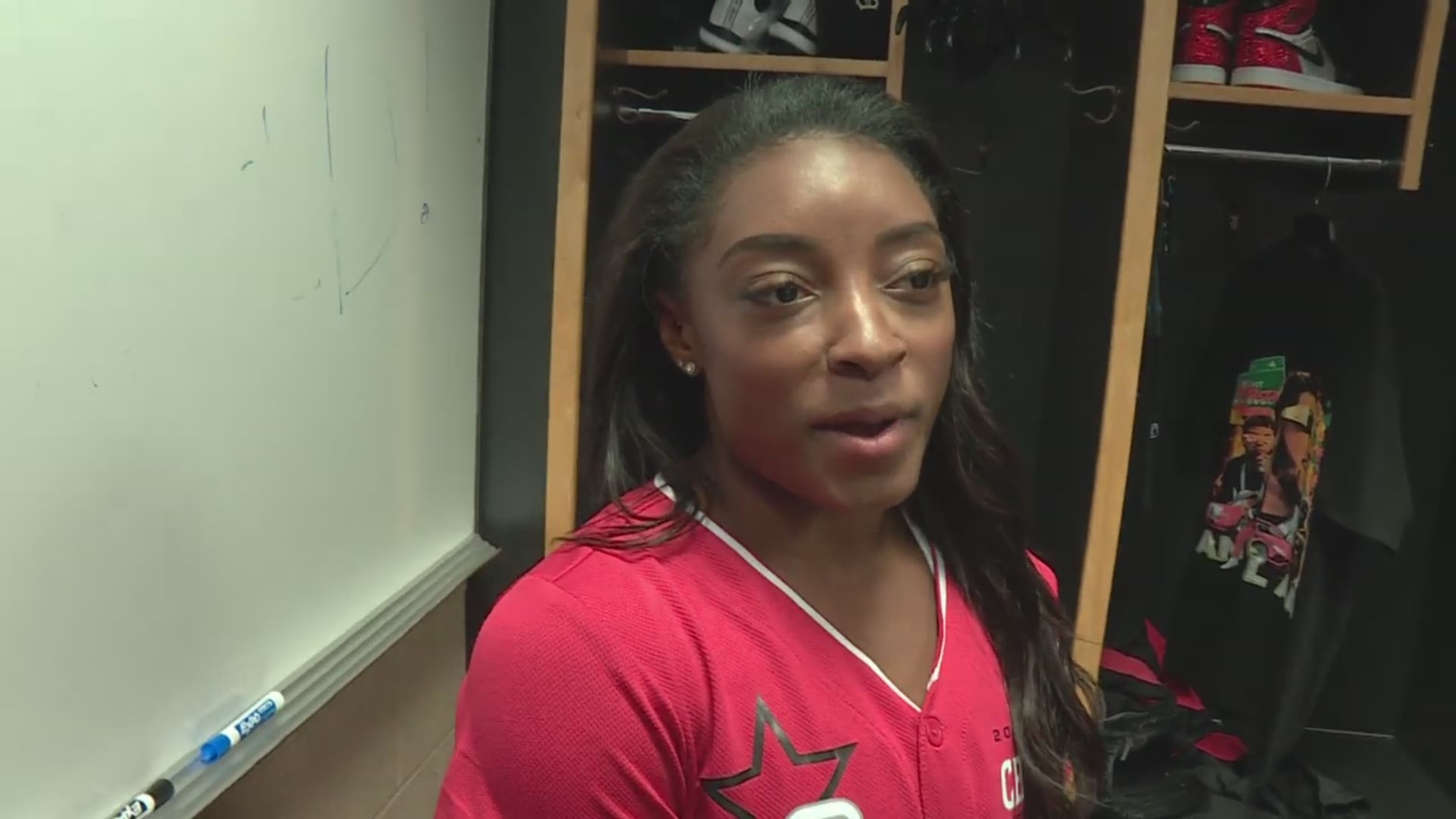 KANSAS CITY, Mo. — Olympic Gymnast Simone Biles keeps pushing the limits of her sport to new heights, and she did so again with a new historic first.

The 22-year-old athlete just became the first to land a double twisting, double somersault dismount. She landed the jaw-dropping move from the balance beam during Friday night's round of competition at the 2019 US Gymnastics Championship.

NBC Sport shared a clip of the dismount, which left fans in awe of Biles' athletic ability, on a night which the athlete herself said was "off," and made her want to "throw it in the trash and start over."

"Yeah, I'm really happy with the beam dismount and how it's come along, because if you had asked me after Classics if I was going to compete it, I would have said no," she said. "So, I feel like in those short two weeks, we did a lot of work, on a couple of the events, so I'm pretty excited with how it turned out."

The skill will be named after Biles once she competes it at an international meet, according to the US Olympic Committee. It would mark the third skill named after the gymnast, who already has skills on vault and floor exercise carrying her name.

Despite having what she felt was a shaky performance on Friday - she said she wanted to scratch the rest of the night's events after she fell in her floor routine - Biles ended the night in first place for the two-night meet. She became the first woman to perform the triple double in the same floor routine. She leads the the pack with a total score of 58.650, ahead of second-place Sunisa Lee (56.900). Two-time world medalist Jade Carey is in third with 56.100 points.

RELATED: Biles leads US Championships despite somewhat off night

Biles is set to compete again, Sunday, where she's set to make more history: She became the first woman to perform a triple double in her floor routine - the same move she fell on. She'll attempt to land it, this time. Fingers crossed she nails it.

James Harden gives family $10,000 after seeing them fishing for food