Watch 2 black holes bend light as they orbit each other

This NASA visualization shows the distortion you would see if you watched one black hole and its accretion disk pass in front of another. 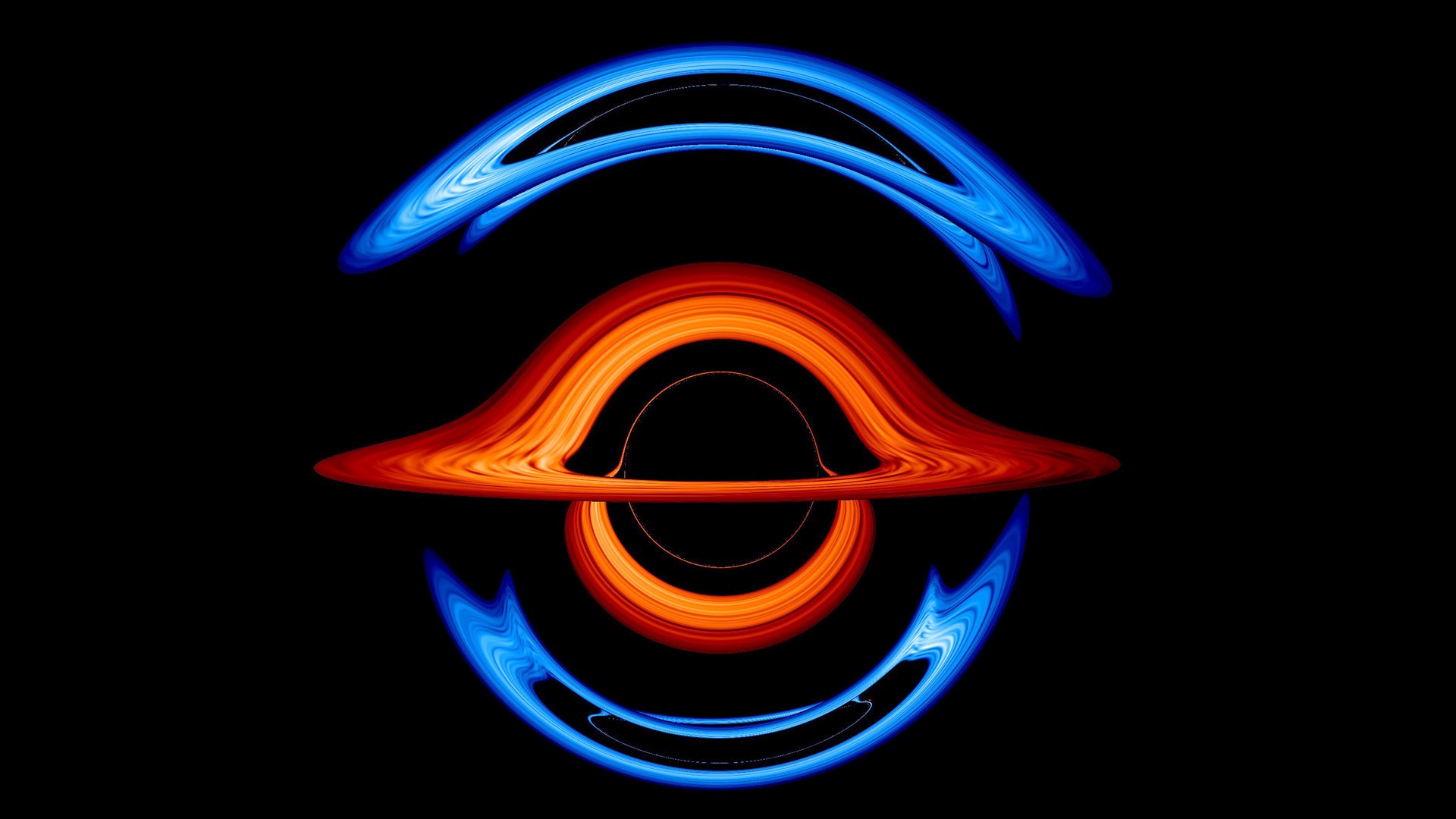 NASA has released a stunning new video and images visualizing the distortion you would see if you observed two black holes, and their visible accretion disks, orbiting each other.

"Viewed from near the orbital plane, each accretion disk takes on a characteristic double-humped look," NASA wrote on its website. "But as one passes in front of the other, the gravity of the foreground black hole transforms its partner into a rapidly changing sequence of arcs. These distortions play out as light from both disks navigates the tangled fabric of space and time near the black holes."

"Seen nearly edgewise, the accretion disks look noticeably brighter on one side," NASA said. "Gravitational distortion alters the paths of light coming from different parts of the disks, producing the warped image. The rapid motion of gas near the black hole modifies the disk’s luminosity through a phenomenon called Doppler boosting – an effect of Einstein’s relativity theory that brightens the side rotating toward the viewer and dims the side spinning away."