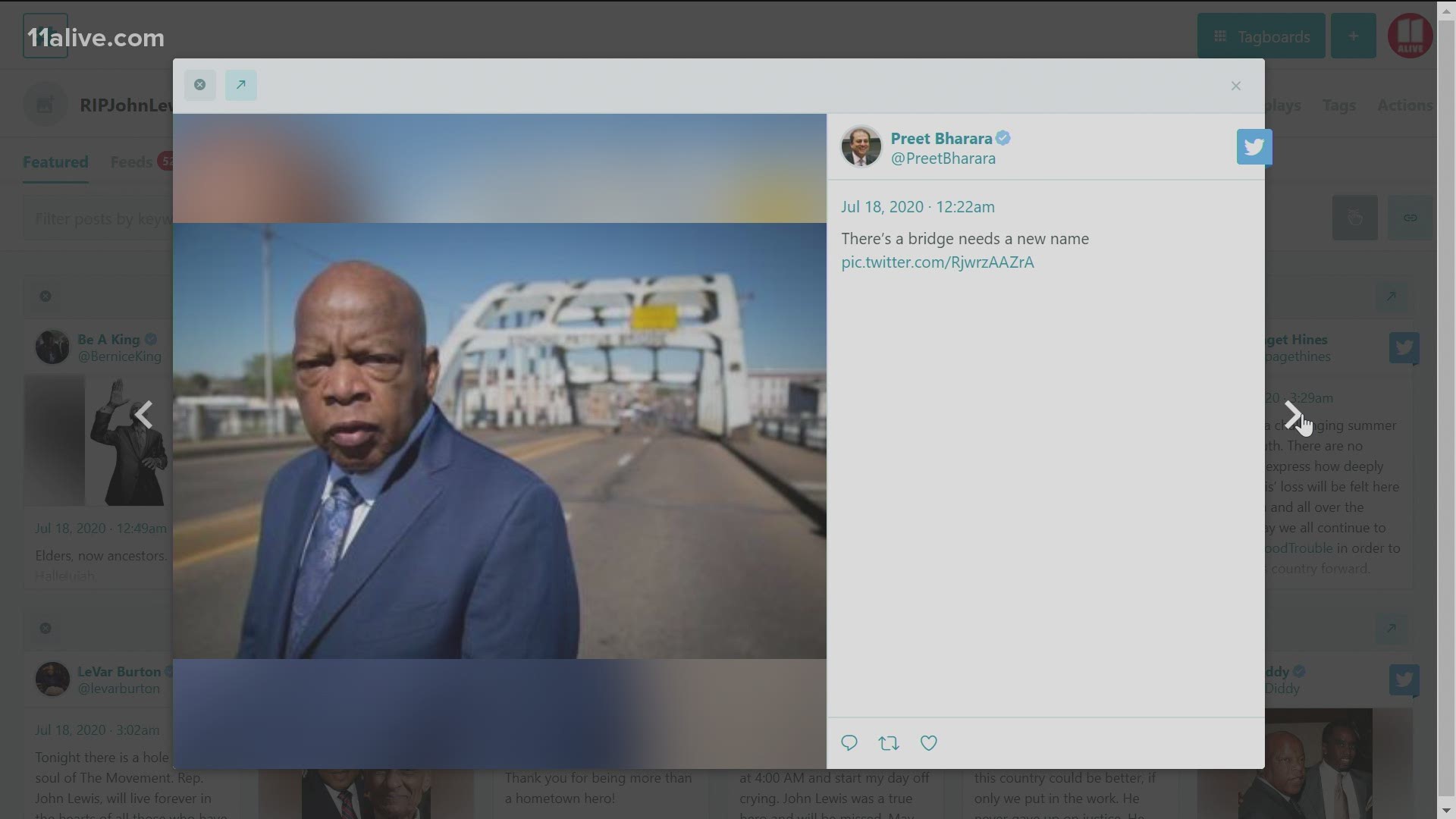 Democratic representative Lewis, a civil rights icon serving in his 17th term in the House representing Georgia's 5th Congressional District, passed away late Friday after a bout with pancreatic cancer.

"Saddened to hear the news of civil rights hero John Lewis passing," the president's message said. "Melania and I send our prayers to he and his family."

Saddened to hear the news of civil rights hero John Lewis passing. Melania and I send our prayers to he and his family.

The president has ordered US flags to be flown at half-staff through the end of the day on Saturday in memory and honor of Lewis.

Lewis sparred politically with Trump and other Republicans over the years, but was long referred to as the "Conscience of the Congress," for his moral stance on many issues.

RELATED: White House orders flags to be flown at half-staff in honor of Rep. John Lewis

With that stance, many lawmakers from both sides of the political aisle have said that they sought counsel from Lewis on more difficult decisions they have had to consider over the years.

And many of them, both Democratic and Republican, have called him a friend, and said they have had a great respect for his years in the civil rights movement.

The process of replacing Rep. John Lewis in the US House