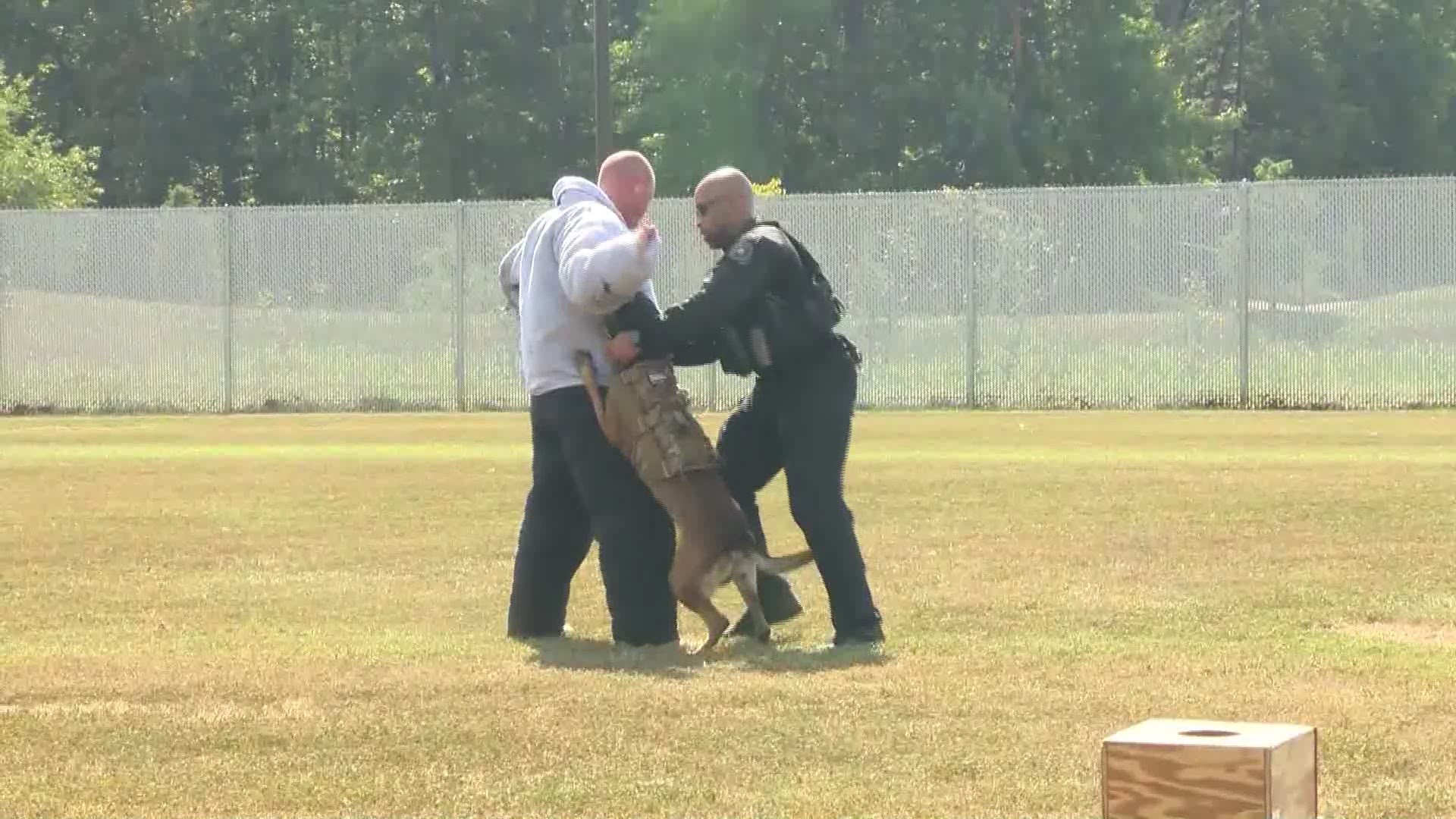 LAUREL, Md. — A new state of the art facility outside the nation's capital is helping train some of the most important members of the U.S. Secret Service.

"Our dogs have to have the courage to be able to get onto an Air Force Cargo jet, fly for 14 hours//and still go to work like its their home field, says Special Agent Erik Sulonen.

The Secret Service canine training program began in 1976 with six dogs and has expanded to include about 100. One of the most famous Secret Service canines named Hurricane is set to receive an award in the UK for helping subdue a White House Fence jumper during the Obama era.

Not every Secret Service dog looks like your standard, law enforcement canine. Some, like 'Toppi' look like an average house pet and that's on purpose -- so he can better blend in with the general public.

James Murray the Director of Secret Service says you can see these dogs working regularly to keep the public safe on the crowded White House fence line along Pennsylvania Avenue.

Dogs may have developed 'puppy dog eyes' to communicate with us

Taking Care Of The K-9's That Take Care Of Us