Lori Stewart posted on the social media app in an attempt to escape domestic violence and the response she received from her post was unimaginable. 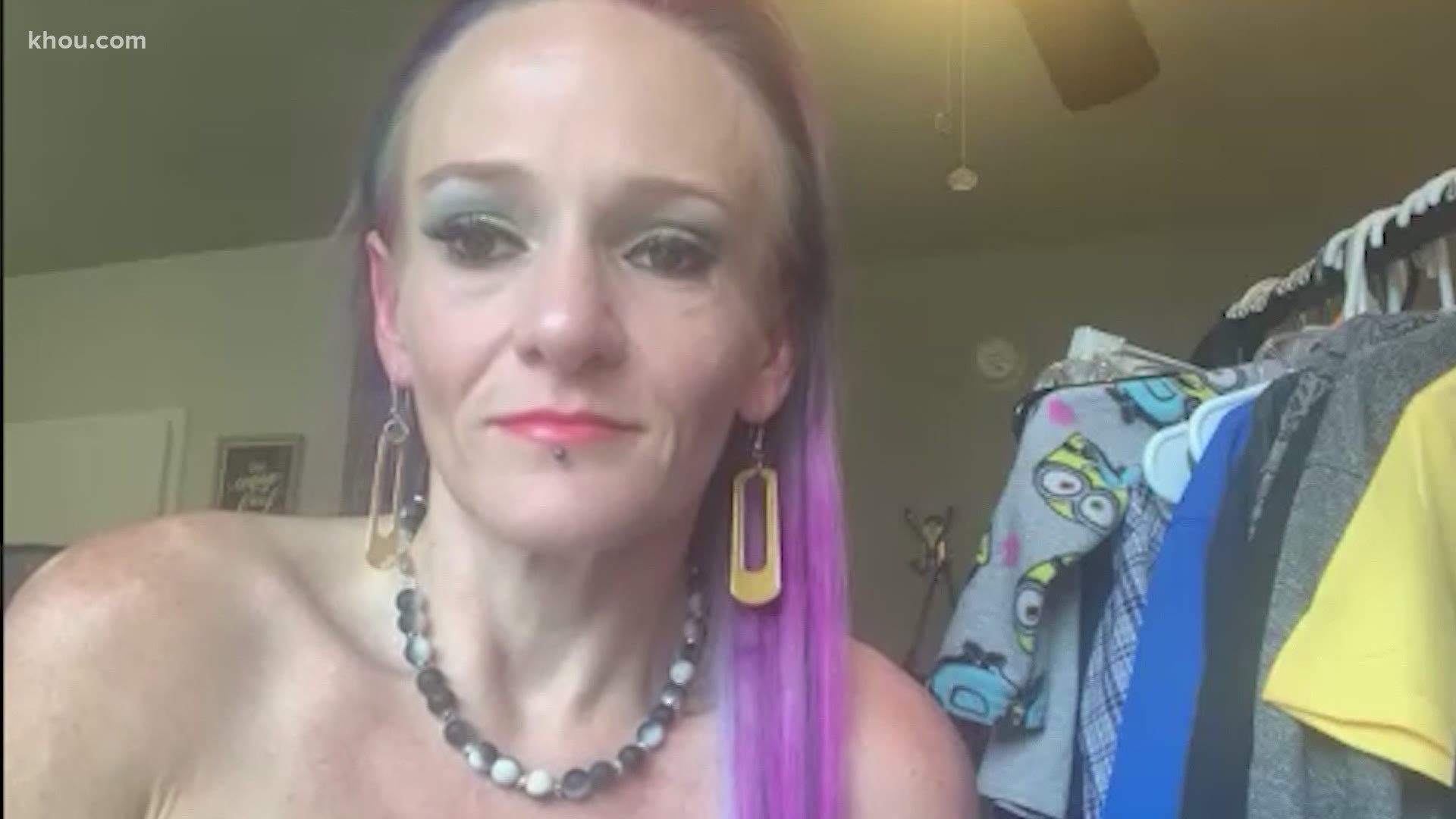 HOUSTON — People use Nextdoor for all sorts of reasons. Lori Stewart posted on the social media app in an attempt to escape a domestic violence situation. The response she received from her post was unimaginable.

The lesson began in June.

“I am a domestic violence survivor. I was abused in front of my daughter by two different men,” Stewart said.

Abusers often keep control because the victim doesn’t have the resources to run, especially during the COVID-19 pandemic. So, Stewart grabbed her phone and posted on Nextdoor.

“I just needed some advice and resources, some direction, because this is new to me. And the response was overwhelming. People reached out to me with empathy. With love,” she said.

A neighbor got her into the Fort Bend Women’s Center. Someone else connected her with legal aid. She’s now receiving counseling and so is her daughter.

Donations are pouring in. Someone gave her a washing machine. Neighbor Dan Alice gave her a new couch. Other neighbors are giving her things to re-sell so she can earn a living. And Stephanie Jean-Pierre is helping with childcare.

“And they don’t want anything in return,” Stewart said. “I don’t know what my life would look like today if it wasn’t for the people I met on Nextdoor.”

Complete strangers are helping to break the cycle.

“Thank you! Seriously. From the bottom of my heart,” said Stewart who also has this message for anyone looking for their own way out. “I mean, your community is there for you. You just have to ask for help.”

So, out of desperation, she used @Nextdoor to ask for help.

Her neighbors showed up.
Big time.