Six-year-old Logan Cumby has become an internet star thanks to video of his hilarious reaction to the Texans comeback win over the Bills. 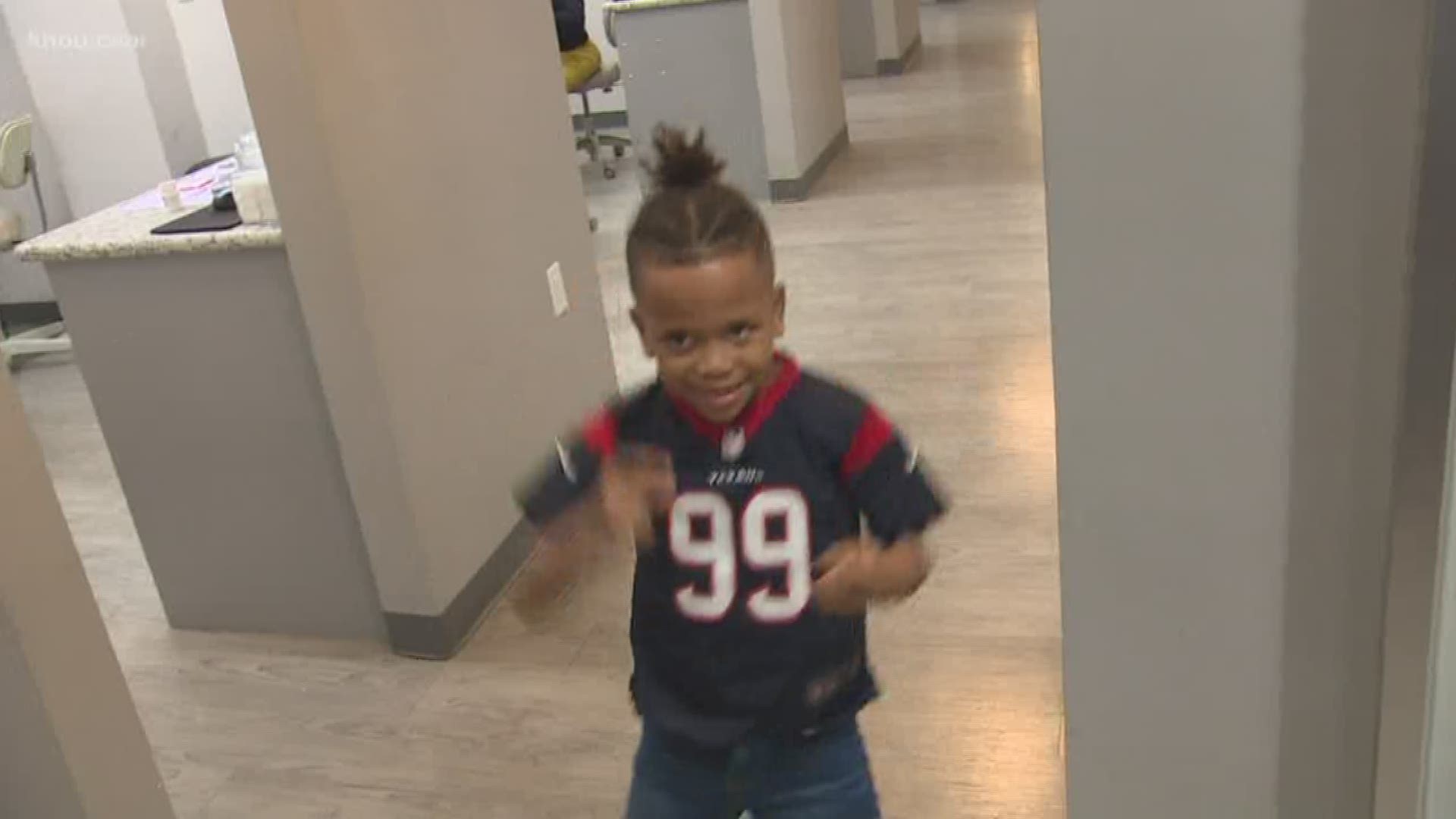 HOUSTON — When the Texans beat the Bills in overtime Saturday, there were loud cheers, happy tears, high-fives and hugs.

But 6-year-old Logan Cumby may have been the most passionate -- and loudest -- Texans fan of all.

Logan shouted, ran around the room and hoisted a chair in the air like a boss.

Watt and quarterback Deshaun Watson led the remarkable second-half comeback that sent them to the AFC Divisional Round against the Kansas City Chiefs.

Dad says Logan has loved J.J. Watt since he was 2 years. Now, it looks like he's going to get a chance to meet his hero.

"I need this kid to be my personal hype man. Got me believing in myself, hyped up, ready to conquer the world," Watt tweeted after seeing the video. "I gotta meet him."

Logan was speechless when mom, Dr. Ashandra Batiste, showed him Watt's tweet. He grinned and dropped to the ground.

"I’m so thankful that his happiness has hyped you up!!! Let’s do this!! Beat KC! Logan will be cheering...chair included," Batiste, a Houston dentist, tweeted.

The Texans also included Logan in their video of fans reacting to the wild win.

Logan's parents are used to the spotlight. Cumby and Batiste once appeared on the reality show "Married to Medicine/Houston."

But for now at least, little Logan is enjoying his 15 minutes of fame.