The History and Legalities of 'In God We Trust'

"In God We Trust" is somewhat of a generic term that doesn't specify the God of one religion, so the Supreme Court has allowed it in many instances. 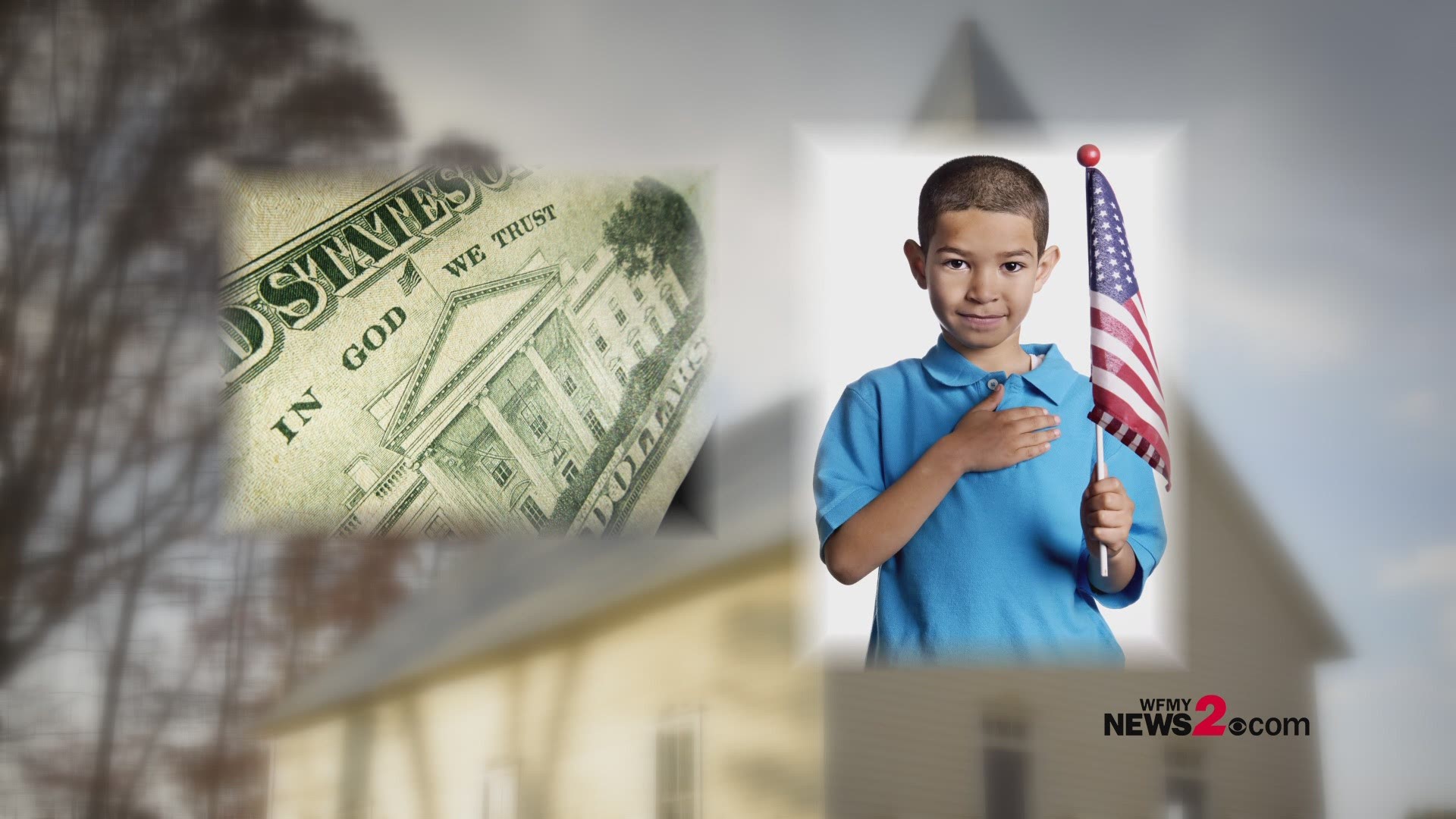 Students in Tennessee will likely soon see “In God We Trust” displayed prominently at public schools. Lawmakers there voted overwhelmingly for the legislation that would require schools to display the phrase. It now heads to the Governor's desk for signing.

Did you know “In God We Trust” is the official motto of the United States? It has been since 1956. Here in the land of the red, white and blue -- the separation of church and state is more of a gray area.

"Congress shall make no law respecting an establishment of religion, or prohibiting the free exercise thereof" is the Establishment Clause and Free Exercise Clause of the First Amendment. It’s often referred to as the separation of church and state.

But if it's so separate, why does “In God We Trust” appear on American currency and why does the Pledge of Allegiance include the phrase "under God”?

Professor of Political Science at the University of North Carolina Greensboro, Dr. Jerry Pubantz, says the answer lies in ambiguity.

"The Court has held that in some ways there are cultural and traditional political practices that in no way seriously infringe on the freedom of religion, nor do they curry favor for one particular religion over another," he said.

“In God We Trust” is somewhat of a generic term that doesn't specify the God of a specific religion -- so it's allowed. But the Court has ruled against displaying the Ten Commandments in public places, because they're based specifically in Christianity.

Pubantz says the ACLU and other groups will likely challenge the Tennessee Legislation.

"The Supreme Court ultimately will have to see if this is such a serious establishment of religion that it should be struck down. I suspect it will not be, because it doesn't specify a specific God, it doesn't require folks to stop and say a prayer in front of that statement," said Pubantz.

The ACLU of North Carolina issued a statement on the matter through their spokesperson Molly Rivera:

"Schools should welcome and serve all students and members of the community equally, regardless of their religious views. These displays are often divisive and send a message that the government, and now potentially public schools, favor people of certain beliefs over others. People who practice a different religion, or no religion at all, should not be made to feel like outsiders in their own school."

Prayer was popular and even encouraged in many schools through the early 1960s. But in 1962, landmark Supreme Court case Engel v. Vitale decided school-sponsored prayer violated the constitution. That's when the practice was widely abolished.

Pubantz says, contrary to what many believe, America was not founded as a Christian nation, nor was it founded by Christians.

“Our founders were what we call Deists. They came out of the Enlightenment. There might be some eternal power that explains the existence of the world and so forth, but they were not particularly committed to any specific religion or trying to establish Christianity,” he says.

Dictionary.com defines Deism as the “belief in the existence of a God on the evidence of reason and nature only, with rejection of supernatural revelation.”

“The constitution was built in many ways by Deists who did not want organized religion to impose its will,” said Pubantz.

With endless beliefs and opinions and the freedom to voice them, it seems there will always be debate and confrontation at the intersection of religion and politics.