"I cannot get it out of my head," said former dental patient Tasha Wycoff. "My heart just dropped." 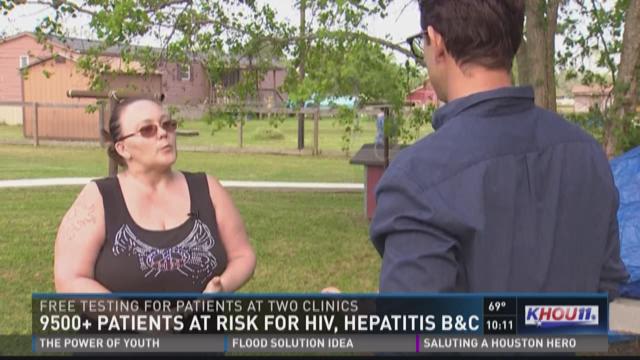 Patients who learned they may have been exposed to serious diseases at a Texas City clinic are angry and scared.

Galveston County Sheriff’s Office deputies would not allow reporters to enter the Coastal Health and Wellness Clinic on Saturday afternoon following the health department’s bombshell admission that thousands of the clinic’s former dental patients may have been infected with serious diseases.

The Galveston County Health Department revealed an audit of CHWC’s dental offices found unsanitary sterilization practices for the past three years and might have led about 9,500 former patients to have contracted Hepatitis B, Hepatitis C and/or HIV.

“I cannot get it out of my head,” said former dental patient Tasha Wycoff. “My heart just dropped.”

Wycoff says she had a tooth extracted from the Texas City clinic in 2016.

She learned that she may have been infected while watching a video of a news conference Friday on Facebook.

The clinics are federally funded and serve the county’s low-income and indigent residents.

Some of the patients pay only a few dollars for the services and others pay nothing.

"They need to show each patient the utensils, in a sanitized bag,” Wycoff said. “Just like they do when you go to an expensive dentist.”