The president said he would leave witnesses up to the Senate in his impeachment trial, which resumes Wednesday afternoon. 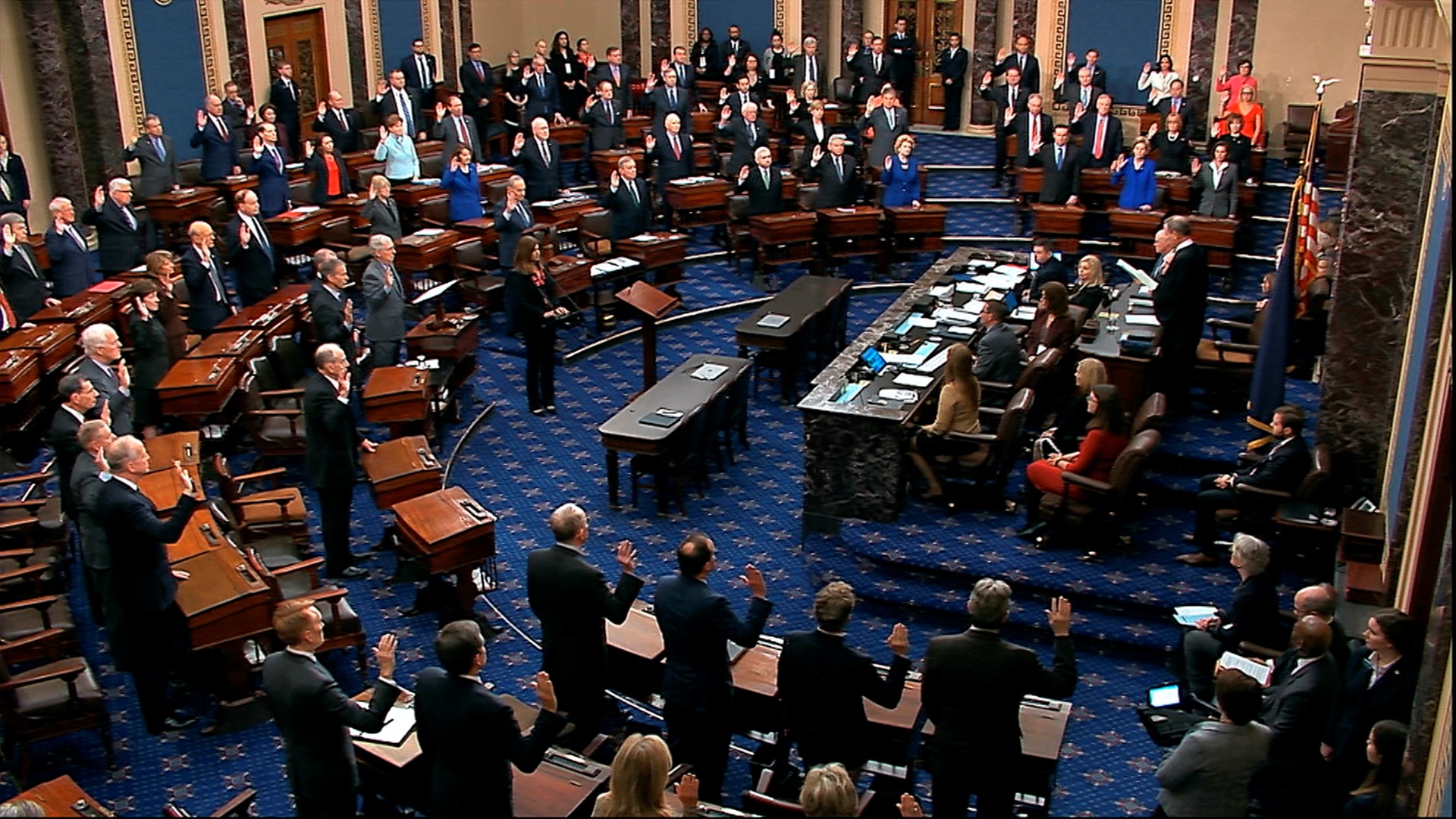 President Donald Trump held a news conference before leaving Switzerland to return to Washington and his impeachment trial in the Senate. He has been attending the annual World Economic Forum in Davos.

Trump announced Wednesday's availability during a meeting with the president of Iraq, Barham Salih.

At the conference, Trump said U.S. economic growth was the buzz, but reporters were focused on the impeachment trial underway. He said he'll leave it to the Senate as to whether there will be witnesses called during his impeachment trial.

"The Senate is going to have to answer that," he said.

Trump says in the run-up to the trial, the Democrats talked about the "tremendous case" they had, but “they don't have a case.”

The first day of the impeachment trial ended after a marathon 13-hour session Tuesday that ended at 2 a.m. Wednesday's proceedings are scheduled to begin at 1 p.m. EST.