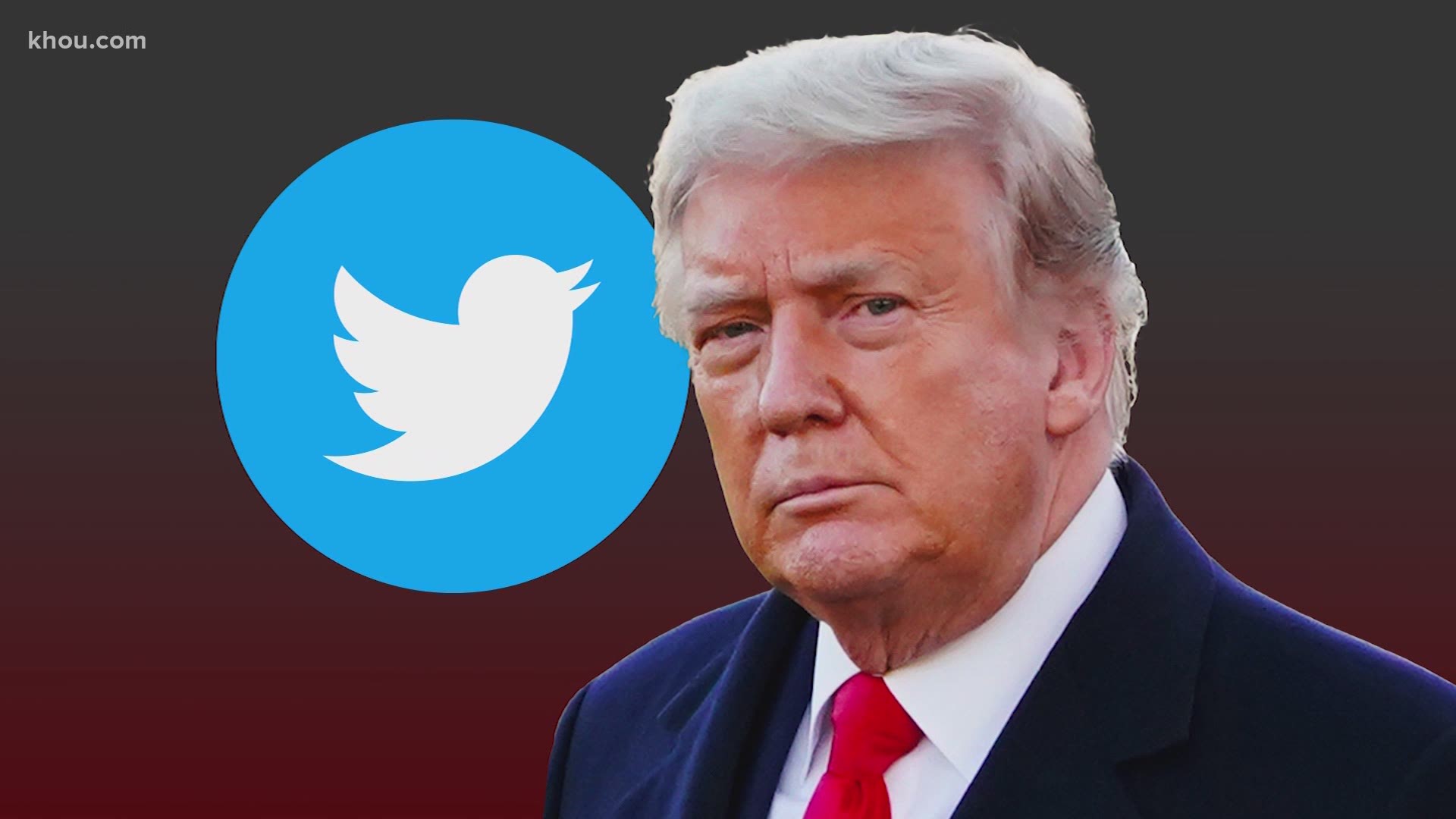 "These accounts were engaged in sharing harmful QAnon-associated content at scale and were primarily dedicated to the propagation of this conspiracy theory across the service," the company said in a blog post.

Twitter said this is to help stop "behavior that has the potential to lead to offline harm."

The suspensions mean some Twitter users will lose followers, in some cases by the thousands, the company said.

The QAnon conspiracy theory is centered on the baseless belief that Trump is waging a secret campaign against “deep state” enemies and a child sex trafficking ring run by satanic pedophiles and cannibals. Twitter has previously tried to crack down on QAnon, removing more than 7,000 accounts in July.

Twitter said it's also stepping up enforcement measures, and starting Tuesday it will limit the spread of posts that violate its civic integrity policy by preventing anyone from replying to, liking or retweeting them. The policy prohibits attempts to manipulate elections and spread misleading information about their results, with repeated violations resulting in permanent suspension.

Big tech companies have been clamping down on posts that may incite violence following last Wednesday's riot at the U.S. Capitol. A mob of Pro-Trump supporters stormed the building, encouraged by President Donald Trump's continued unproven claims that the election was stolen from him and fomented, in part, on social media. Five people died, including a Capitol police officer.

Twitter also banned Trump from its platform on Friday and Facebook has suspended his account until after the inauguration. Parler was booted off Amazon's web-hosting service Monday over ties to last week’s siege. Parler is suing, saying Amazon breached its contract.

Facebook on Monday said it would also be removing content that referred to "stop the steal," a reference made by Trump supporters claiming that the U.S. election was stolen from President Trump.

"We’ve been allowing robust conversations related to the election outcome and that will continue," read a statement from Guy Rosen, Facebook's vice president of integrity, and Monika Bickert, vice president of global policy Management. "But with continued attempts to organize events against the outcome of the US presidential election that can lead to violence, and use of the term by those involved in Wednesday’s violence in DC, we’re taking this additional step in the lead up to the inauguration."

Biden won the Electoral College over Trump 306-232 and won the popular vote by more than 7 million. Elections officials and former Attorney General William Barr have said there was no widespread fraud on a level that would have cost Trump the election.

RELATED: Right-wing app Parler booted off internet over ties to siege on US Capitol