Woman Seriously Injured in Deer Attack While Getting Her Mail 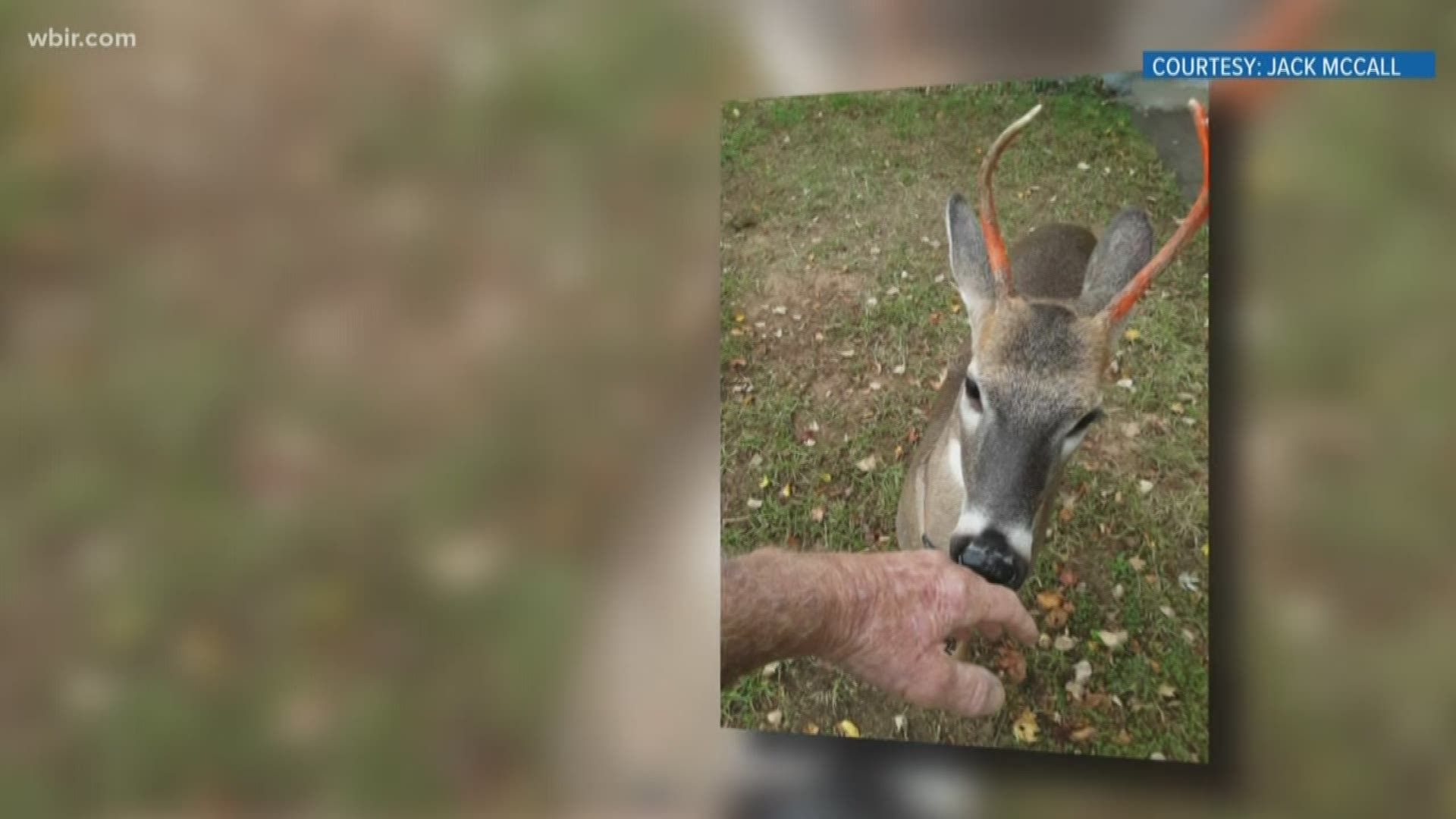 BLOUNT COUNTY, Tenn — A woman is recovering after being attacked by a white-tailed deer in Maryville while she was getting the mail Monday afternoon, according to the Tennessee Wildlife Resources Agency.

The deer, which was a year-and-a-half old 4-point weighing approximately 75 lbs., was treated like a pet in the neighborhood. TWRA officers euthanized it after the attack.

TWRA said the deer came up from behind the woman, who is from Tellico Plains, and slammed her to the ground outside a business on North Springview Drive.

RELATED: November is the top month for deer-related crashes in Tennessee

Wildlife officers said the deer began goring the woman with its antlers.

After the woman fought back and latched on to the deer’s antlers, TWRA said the deer dragged her and continued to attack.

At that point, TWRA said three who people saw what was going on came to help the woman and got her to safety.

The woman is now at Blount Memorial Hospital with serious injuries.

TWRA said the attack was unprovoked, but Bruce Harris, who says his neighborhood owns the deer, doesn't believe that.

RELATED: Arkansas hunter dies after being attacked by deer he shot

"I'd say she's a liar. If she hadn't grabbed a hold of his antlers, I think she would've, none of this would've happened," he said.

Harris said the deer, called Louie, was gentle and would never have harmed anyone. He said his three-year-old granddaughter used to paint its nails. She also painted his antlers orange so no one would shoot him.

“My granddaughter used to come up to him, she used to tap him on the back of his legs, he’d give her his hoof. And she’d paint them with fingernail polish,” he said. "That’s how dangerous he was.”

Harris said the whole neighborhood played with the deer and fed it, one neighbor even planted extra cherry tomatoes for the deer.

When TWRA officers tracked the deer down, they noted it was wearing an orange collar and acted "unnaturally humanized."

Harris said the collar was another deterrent to keep hunters from shooting the deer. He took exception to how wildlife officers treated the animal.

"I was out here when they came and got him. Very dramatic. They acted like they didn’t care, you know? Whenever they started to load him, instead of nicely, they grabbed him by the antlers. They just threw him in the truck,” he said.

Harris said he had no remorse for what happened to the woman.

“No, none whatsoever. Why should I? You grab a deer by the antlers, I don’t care how tame it is, he thought she wanted to play,” he said.

TWRA said a criminal investigation is ongoing. It is not permitted in the State of Tennessee to keep a white-tail deer as a pet, except for zoos and authorized wildlife rehabilitators.

"This is an unfortunate example of the consequences that come from habituating and humanizing wild animals," TWRA spokesperson Matt Cameron said. "In the case of humanized white-tailed buck deer, TWRA sees several situations where they become aggressive towards humans, oftentimes women when rutting activity begins. This same rutting activity is also responsible for the uptick in deer versus vehicle collisions in the fall as deer are more mobile during the breeding season."

Cameron said this deer was aggressive toward an 11-year-old girl earlier this year.

Officers then couldn't find the deer when they searched for it afterward.

Cameron says officers could still press charges in this situation.

"It is illegal in the state of Tennessee to take an animal out of the wild and make it a pet, and this is a perfect example of why that is," Cameron said.

While obviously not happy with how everything turned out, Harris knows he has no choice but to move on.

“I mean, [expletive] happens, ya know. What are you going to do? There’s no way of bringing him back.”