Watch firefighters swim through flash flood, save driver being carried away

The woman's sedan was being washed away in Baton Rouge, La., Thursday. 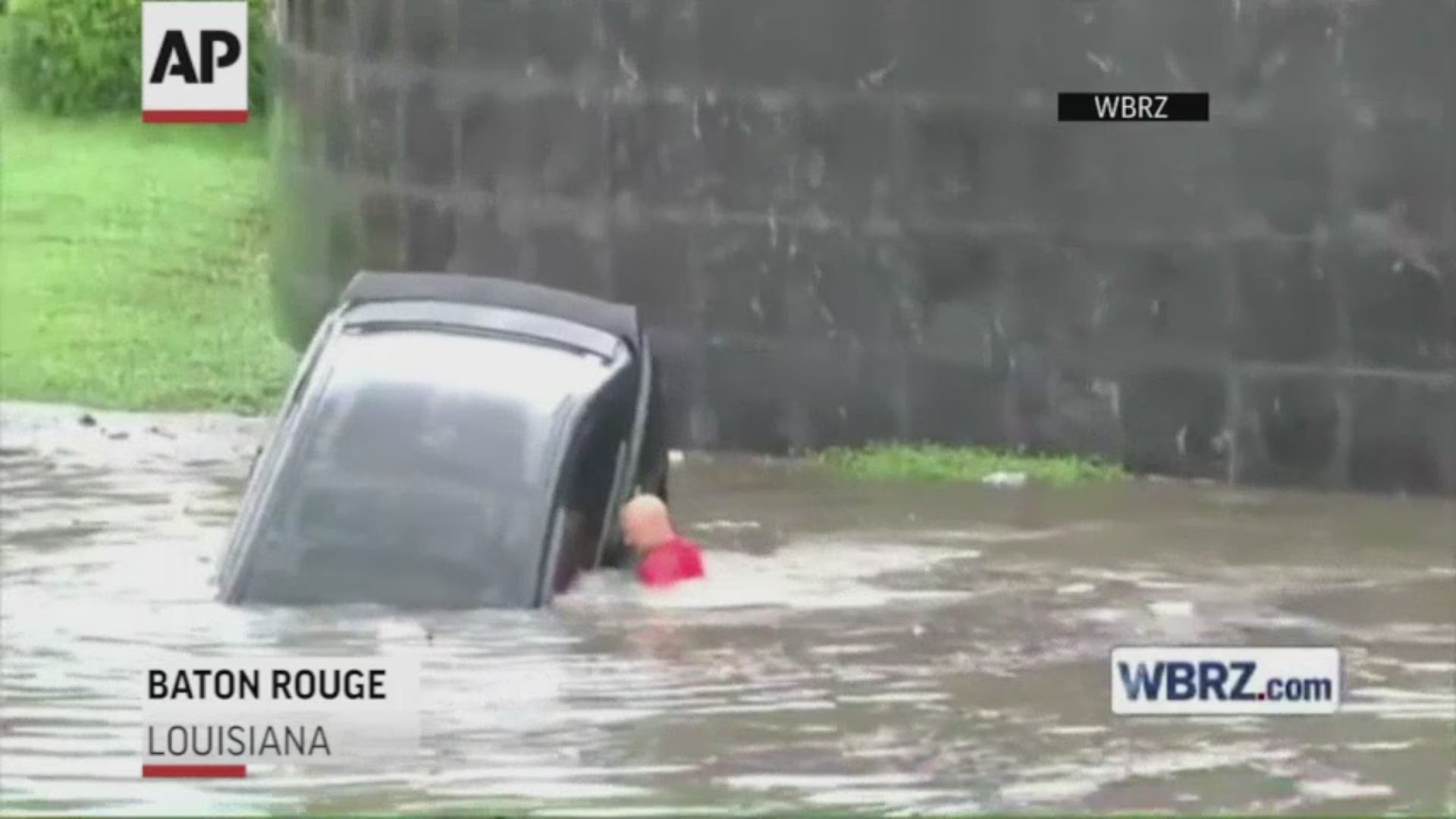 Severe weather in Louisiana caused a flash flood in Baton Rouge that swept away a woman's car, forcing rescuers to swim alongside it as they attempted to save the woman.

WBRZ-TV reports firefighter engine driver Jerome Courville spotted the woman's sedan being washed away near Interstate 10 on Thursday morning. Firefighters Aaron Sampson and Thang Nguyen rushed into the water to save her, with Sampson using the blunt end of a multitool to shatter a driver's side window.

RELATED: As flood waters recede, many wonder about rebuilding homes

The men pulled the woman to safety and the three swam to higher ground where Capt. Troy Pate helped them out of the water.

Most roads closed by the morning's flash flood were reopened by that evening. Mayor Sharon Weston Broome says there was one confirmed weather-related fatality.