Who is Ian Long, the California bar shooting suspect?

The suspected gunman in a mass shooting that left 12 people dead at a California bar has been identified as Ian David Long, authorities said on Thursday.

He didn't have a criminal record but did have previous encounters with local police, said Ventura County Sheriff Geoff Dean. He was found dead inside the Borderline Bar & Grill when a SWAT team and officers entered. Dean said Long may have killed himself, but that police were still investigating.

The Marine Corps said Long served from August 2008 to March 2013, rose to the rank of corporal and was sent to Afghanistan from November 2010 to June 2011, receiving several medals and commendations.

He was a machine gunner, according to the Marines.

.@USMC releases military service details on #CaliforniaBarShooting and statement below. "The Marine Corps extends its deepest condolences to the families of the victims in this senseless tragedy." pic.twitter.com/Txmd1l3XZQ

Long allegedly used a .45-caliber handgun with an extended magazine, said Dean. Twelve people, including a veteran sheriff's sergeant, were killed during the attack at the bar, a popular hangout for students, in Thousand Oaks, Calif.

Investigators had not initially identified a motive and did not believe Long targeted any employees at the bar specifically.

Dean said Long had no criminal record but his department had several previous contacts with him, including a call to his home in April, when deputies found him acting irate and irrationally because of what authorities were told at the time might have been PTSD. The sheriff said a mental health crisis team was called at that time and concluded that Long did not need to be taken into custody.

The other prior encounters were a traffic accident and an incident when he was the victim of a battery at a different bar, Dean said. 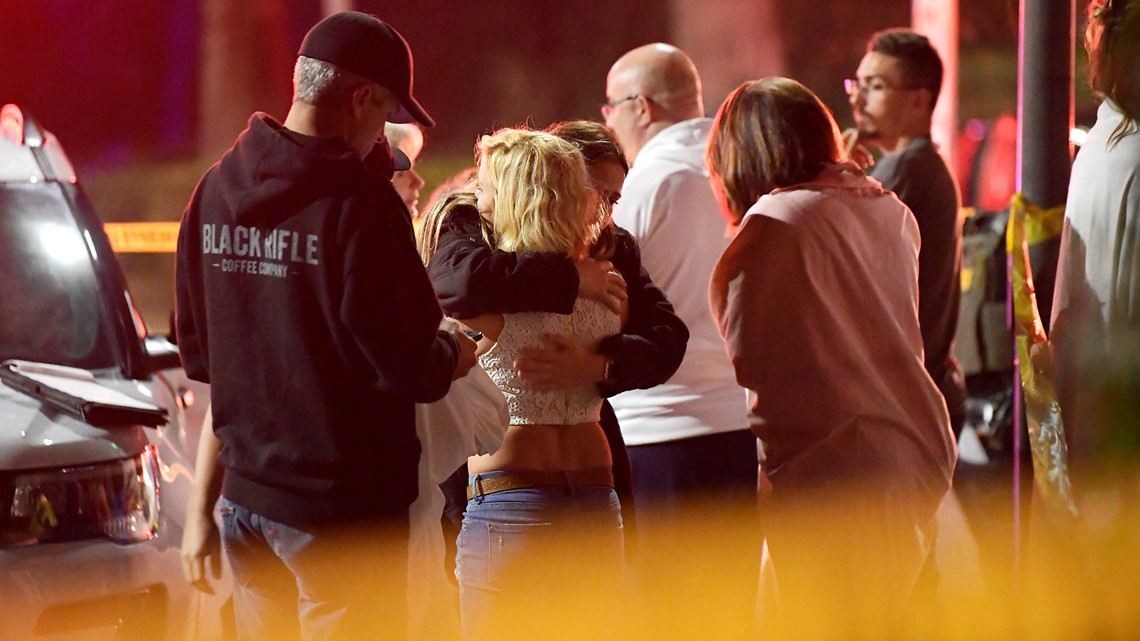 Witnesses told local TV stations that the gunman was tall and wearing all black with a hood and his face partly covered. He first fired on a person working the door, then appeared to shoot at random at people inside, they said.

By the time a SWAT team and scores of officers arrived at the bar, the gunfire had stopped. When they entered, they found the gunman dead inside.

Sheriff’s Sgt. Ron Helus, one of the first law enforcement officers to respond to the scene, was among the dead, Dean said.

Authorities began a search of Long's home in Newbury Park, about 5 miles from the Borderline bar, for clues to what set him off.