Why did the Hard Rock Hotel collapse? Engineers investigate

Engineers watch videos of the collapse and get in to the details of what happen. 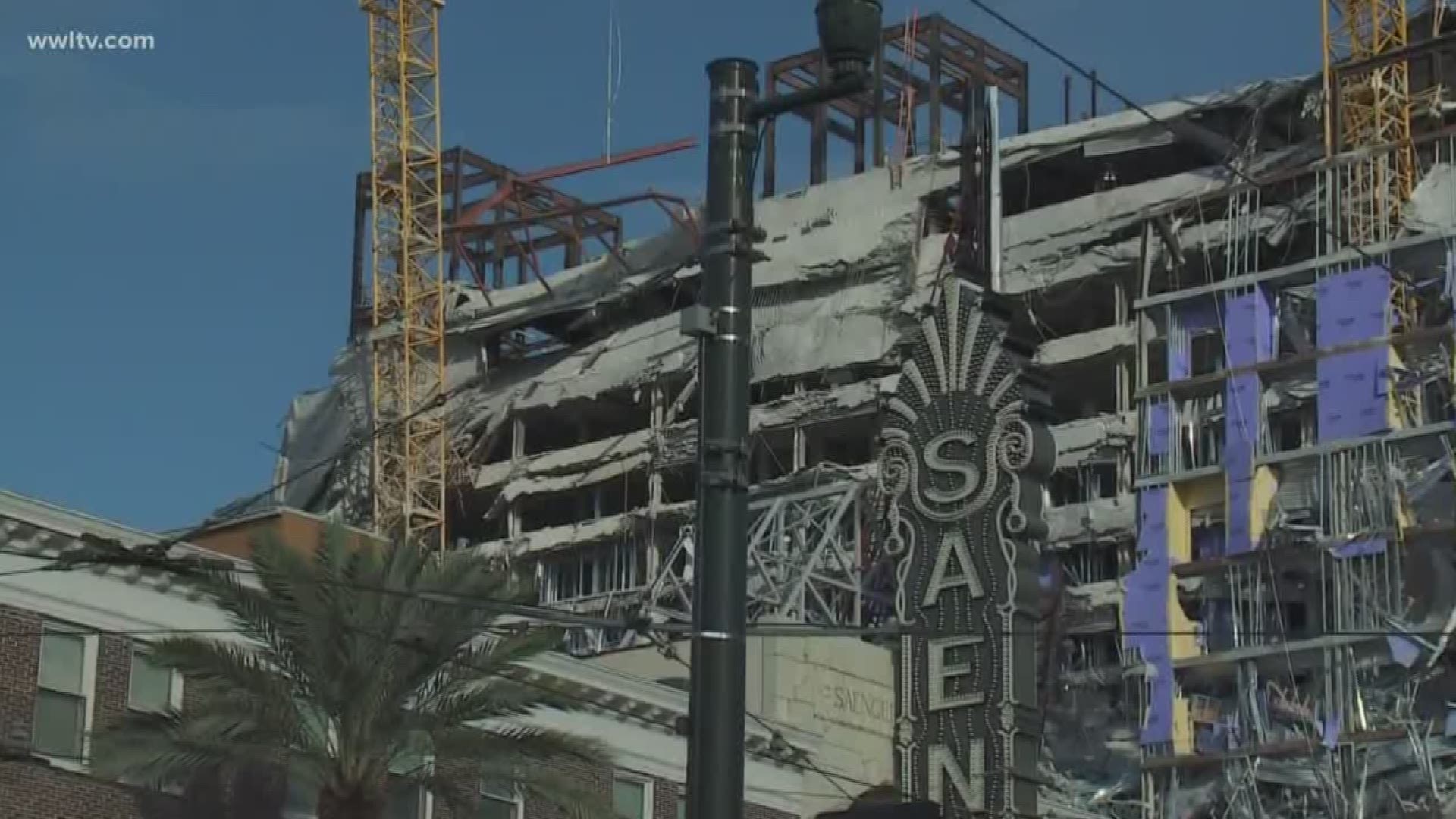 NEW ORLEANS — Upper floors of the still-unfinished Hard Rock Hotel dangled precariously on Monday morning, leading many to question how much — if any — of the building might be salvageable.

The priority remained on stabilizing the building, two days after the top floors collapsed on one another, sending debris to the street below and killing two people. One worker remained missing, and authorities have said they also want to find him before moving onto an investigation into what happened.

But when it gets to the point of an investigation, they might find much of the building intact, said Norma Jean Mattei, an engineering professor at UNO and a former president of the American Society Of Civil Engineers.

“But it’s hard to say, because we don’t know what caused the failure,” she said.

H.J. Bosworth, a New Orleans-based civil engineer, said it appears the core of the building’s lower floors was built well enough and did not suffer any damage. But, he added, a serious investigation will be the only way to know for certain.

Eyewitness videos of the collapse have circulated online. Mattei said that from those, it appears the foundation and lower floors were designed and built properly, she said.

“From the videos and from what I’ve seen, it was something that started at the top and cascaded down,” Mattei said.

She said if it turns out a crane, for example, bumped part of the upper floors, that should indicate the rest of the building is stable.

“If what is found is some material deficiency, then you have to figure out if it’s this one area or throughout the building,” she said.

And while early indications are some of the building can be saved down the line, there’s always the possibility the entire 18-story project might have to come down after investigations are completed in the coming months.

“But it’s hard to say. Because we don’t know what caused the failure,” Mattei said.