Williamsburg couple rides out Isaias on lighthouse with friends

It might not be the most conventional shelter, but the group says aside from the raging wind and tornado sirens, it was an uneventful night and everyone is safe. 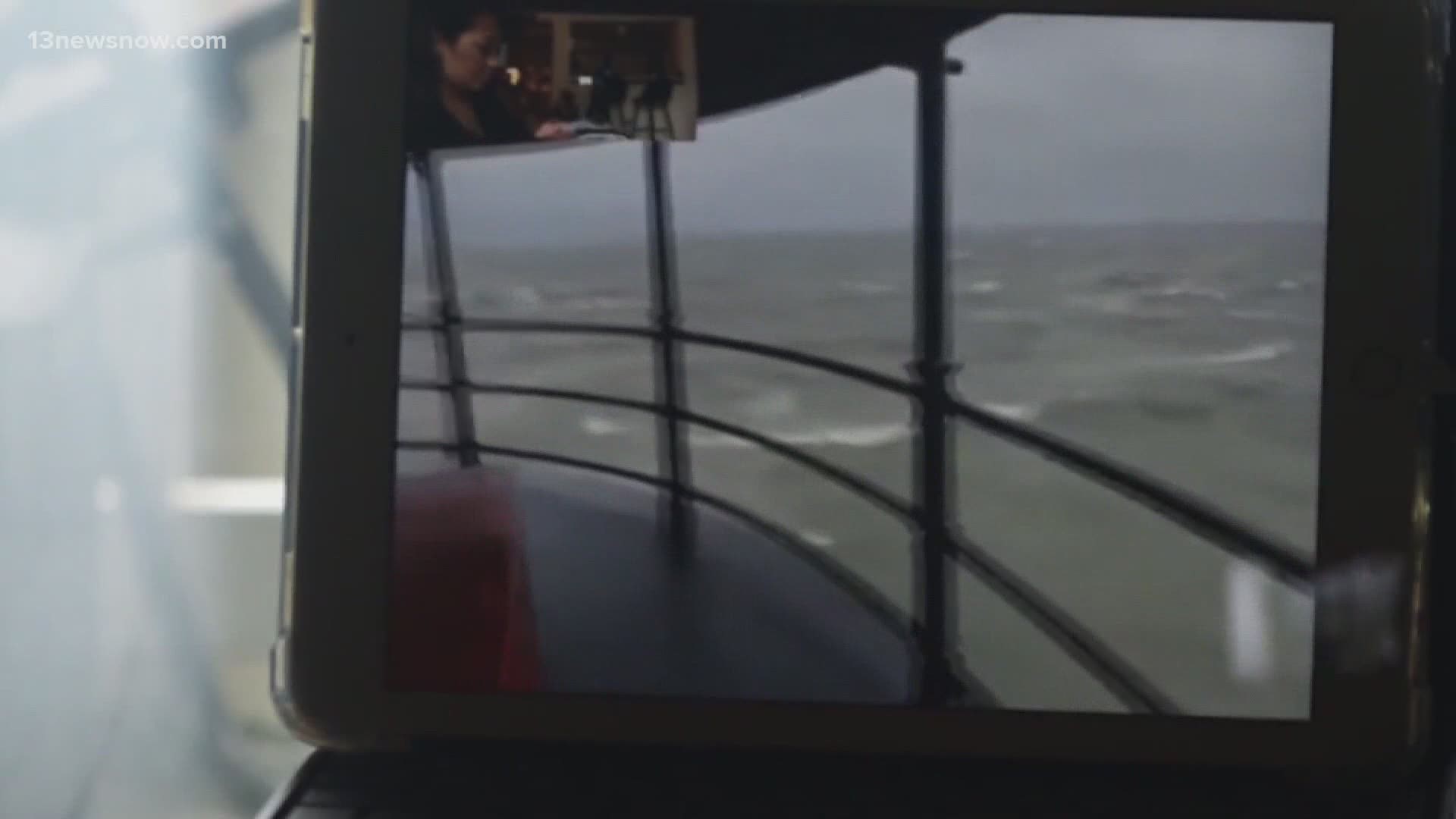 NEWPORT NEWS, Va. — How would you like to spend a night in a lighthouse in the middle of a storm?

It’s not your average hurricane shelter, but Bob and Joan Gonsoulin said spending the night in a lighthouse wasn’t that bad.

“We’ve never been here during a hurricane," Bob said. "We wanted to do it. It was on our bucket list."

The couple rode out Tropical Storm Isaias at the Middle Ground Lighthouse with two of their bravest friends. The lighthouse is about a mile off the coast of Newport News and about a half a mile from the Monitor-Merrimac Memorial Bridge-Tunnel.

The group insists it wasn't scary, but it wasn’t exactly peaceful.

The storm was raging with 70 mph winds, and they were awoken by tornado warning alerts on their phones and sirens from shore.

“Just you," her husband retorted before the group shared a laugh.

But despite weathering the storm in a narrow 50-foot tall landmark surrounded by the James River, thankfully everyone is safe.

The couple's son dropped them off at the lighthouse Monday on a boat and he will pick them up Tuesday once the waves calm down.