The bill is named after Ashanti Billie, who was abducted from a Naval base in Hampton Roads and murdered. The law only exists in the state of Virginia right now. 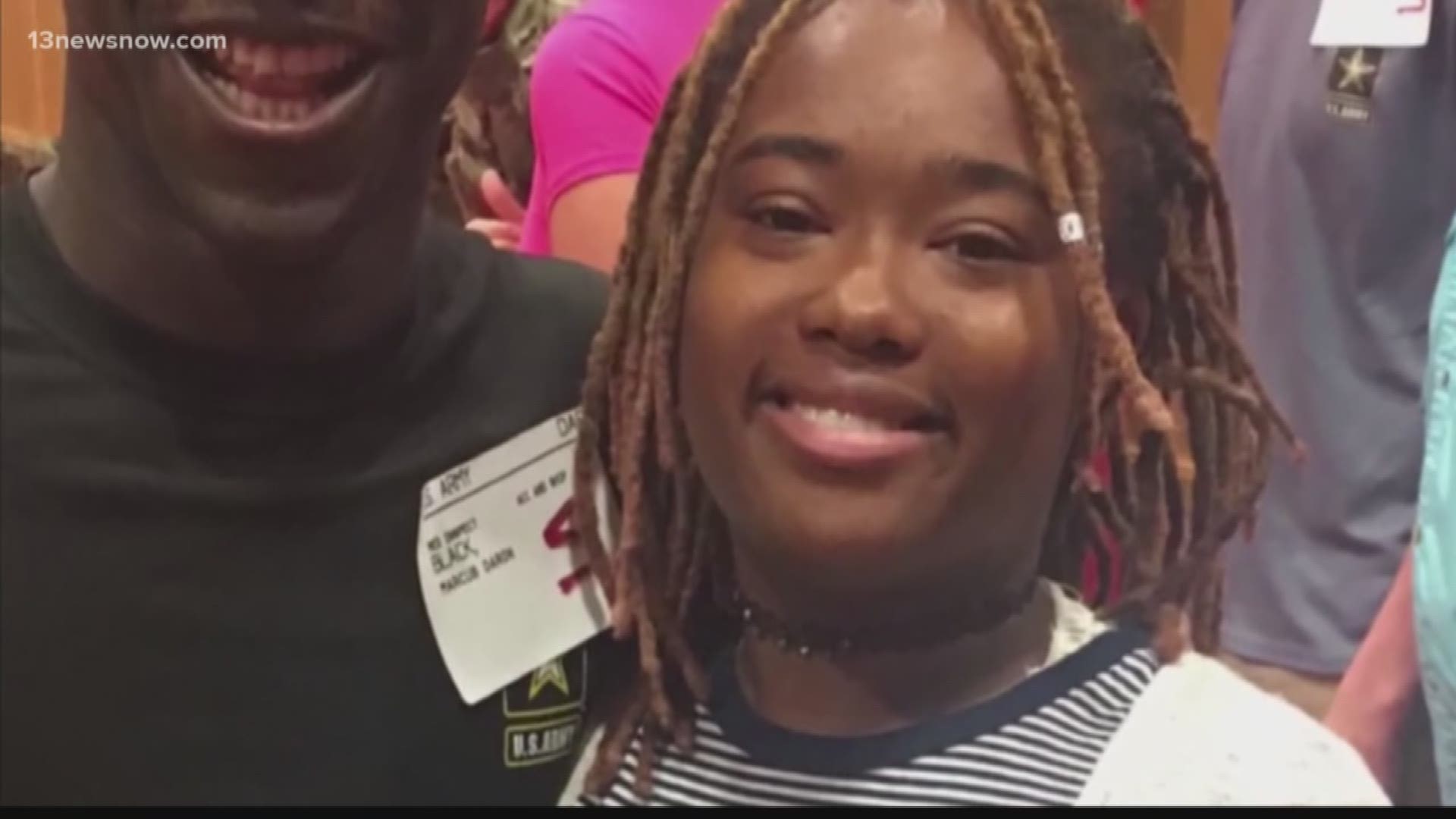 The bill is named after Ashanti Billie, who was abducted from JEB Little Creek last year, only to be found murdered in North Carolina.

Rep. Scott Taylor introduced a national version of the alert to the House of Representatives. On Tuesday, the bill passed the U.S. House.

#BREAKING: U.S. House passes Ashanti Alert, sponsored by @Scotttaylorva . It will allow police to alert the public about missing and endangered adults. Ashanti's parents are at the Capitol to watch their daughter's legacy become reality. #13NewsNow

Ashanti Billie was 19 years old at the time of her abduction; too old for an Amber Alert and too young for a Silver Alert. But her parents thought an alert could have helped save their daughter's life.

Since then, the Brandy and Meltony Billie helped turn the "Critically Missing Adult Alert" into law in Virginia.

Virginia State Police has sent out four alerts since the state law was enacted, Sgt. Michelle Anaya said in an email.

A federal version of the alert, sponsored by Rep. Taylor, would expand this system across the U.S. Under the bill, when a national Ashanti Alert is issued, the Department of Justice would work with the Amber Alert network to get the word out.

An alert would be limited to areas where that person could most likely be.

“It was the only option we had,” Brandy Billie said. “To fall by the wayside and to wallow in our sorrow, it would have been a dishonor to her, to Ashanti and that's something that we couldn't allow.”

Congressman Scott Taylor's office was able to find the funding for this alert by moving dollars from underutilized programs in the Judiciary budget.

“Out of that darkness to bring some light to it and honor her legacy, while it's hard to answer if it would have helped in her case, it will absolutely help in other cases,” Taylor told 13News Now.

Taylor’s hope is to get this bill through the Senate and onto the President's desk by the end of the year.