Doris Miller died while serving on a ship that was torpedoed by a Japanese submarine in November 1943. 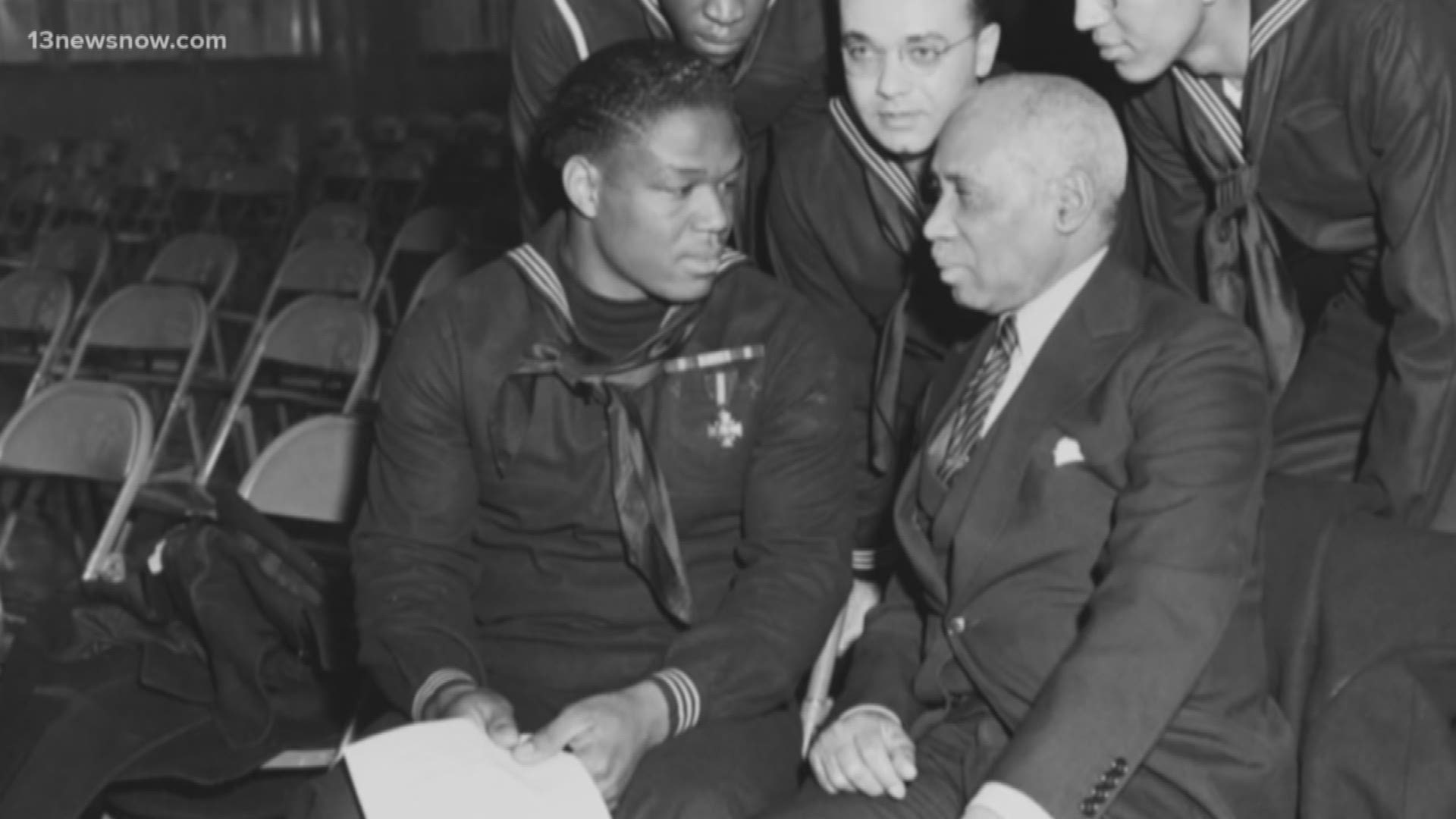 The announcement was made at Pearl Harbor on Monday.

Miller was the first African American to receive the Navy Cross for valor. He was recognized for manning a machine gun on the USS West Virginia and returning fire against Japanese planes during the Dec. 7, 1941 attack on Pearl Harbor.

USS Miller, a destroyer escort, was previously named in his honor.

“I think that Doris Miller is an American hero simply because of what he represents as a young man going beyond the call of what’s expected,” said Doreen Ravenscroft, a team leader for the Doris Miller Memorial.

An African American was not allowed to man a gun in the Navy in 1941, Ravenscroft said.

“Without him really knowing, he actually was a part of the Civil Rights movement because he changed the thinking in the Navy,” Ravenscroft said.

Two of Miller’s nieces were at Pearl Harbor for the announcement on Martin Luther King Jr. Day.

Miller, then 22, was collecting laundry when the attack alarm sounded. His normal battle station in an antiaircraft battery magazine was destroyed by a torpedo. He went on deck and carried wounded soldiers to safety before receiving orders to aid the mortally wounded captain on the bridge.

“He subsequently manned a 50-cal. Browning anti-aircraft machine gun until he ran out of ammunition and was ordered to abandon ship," the Navy said, noting Miller was not trained to operate the gun.

Admiral Chester W. Nimitz, the commander in chief of the Pacific Fleet, presented the Navy Cross to Miller in Pearl Harbor in May 1942.

Miller died while serving on a ship that was torpedoed by a Japanese submarine in November 1943.

"I want to commend the Navy for honoring the life of Doris Miller," Congressman Bobby Scott said in a tweet. "This is the first time an aircraft carrier has been named after an African American or an enlisted sailor. Proud that the Doris Miller will be built by the shipbuilders in Newport News."

Watch the full ceremony below: