Ima Black was also presented with a medallion honoring her service during WWII. 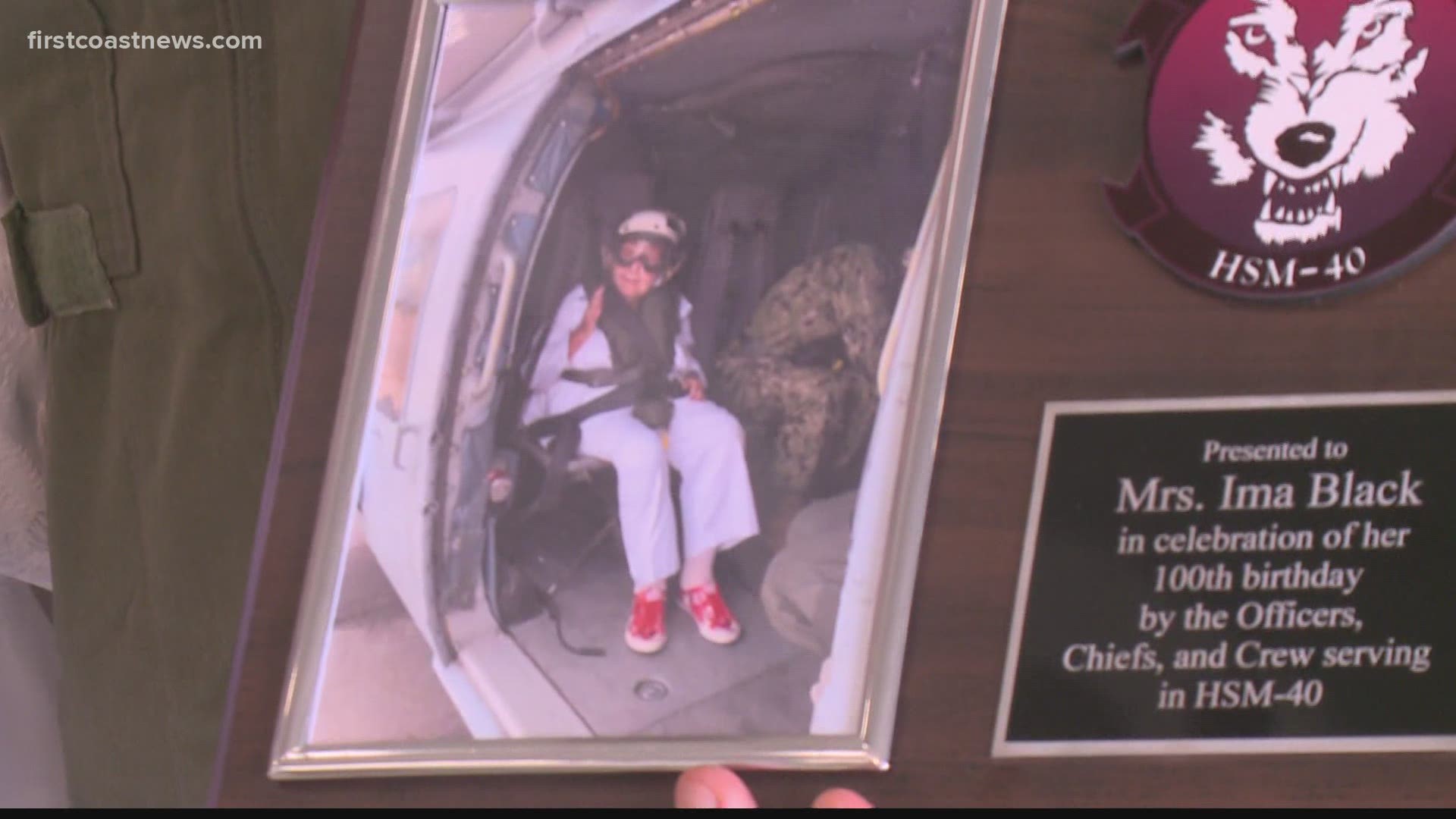 JACKSONVILLE, Fla. — A Navy widow experienced an adventurous ride of a lifetime while celebrating her 100th birthday Wednesday.

Prior to her birthday, Black expressed to the USS Delbert D. Black (DDG 119), her husband’s namesake ship, that she wanted to ride in a helicopter to celebrate the special milestone.

The ship worked with HSM-40 to fulfill her special wishes.

After the flight, Black was escorted on the Delbert D. Black, where the ship’s Command Master Chief, CMC Christopher Bartley, presented her with a medallion honoring her WWII service, on behalf of MCPON Russell Smith.

Credit: Naval Station Mayport
Ima Black received a medallion on her 100th birthday for her service during WWII.

Delbert D. Black was the highest-ranking enlisted man in the Navy, serving as the first enlisted representative to the Chief of Naval Operations. The two were married for 50 years before his death in 2000.

Ima Black also served in the Navy under the Women Accepted for Volunteer Emergency Service program during WWII as a seaman first class storekeeper.

After her husband's death, Ima Black continued to keep his legacy alive by supporting Navy Sailors through advocacy with the FRA Auxiliary, the Navy Wives Club and the CPO Wives Club.

Now, Ima Black lives in Winter Park, Florida where she is an active sponsor and supporter of the Mayport-based ship, Delbert D. Black.