Soldier from Newport News killed by roadside bomb in Afghanistan

Staff Sgt. Ian P. McLaughlin, 29, of Newport News, Virginia, was one of two soldiers killed by a roadside bomb in Afghanistan on Saturday. 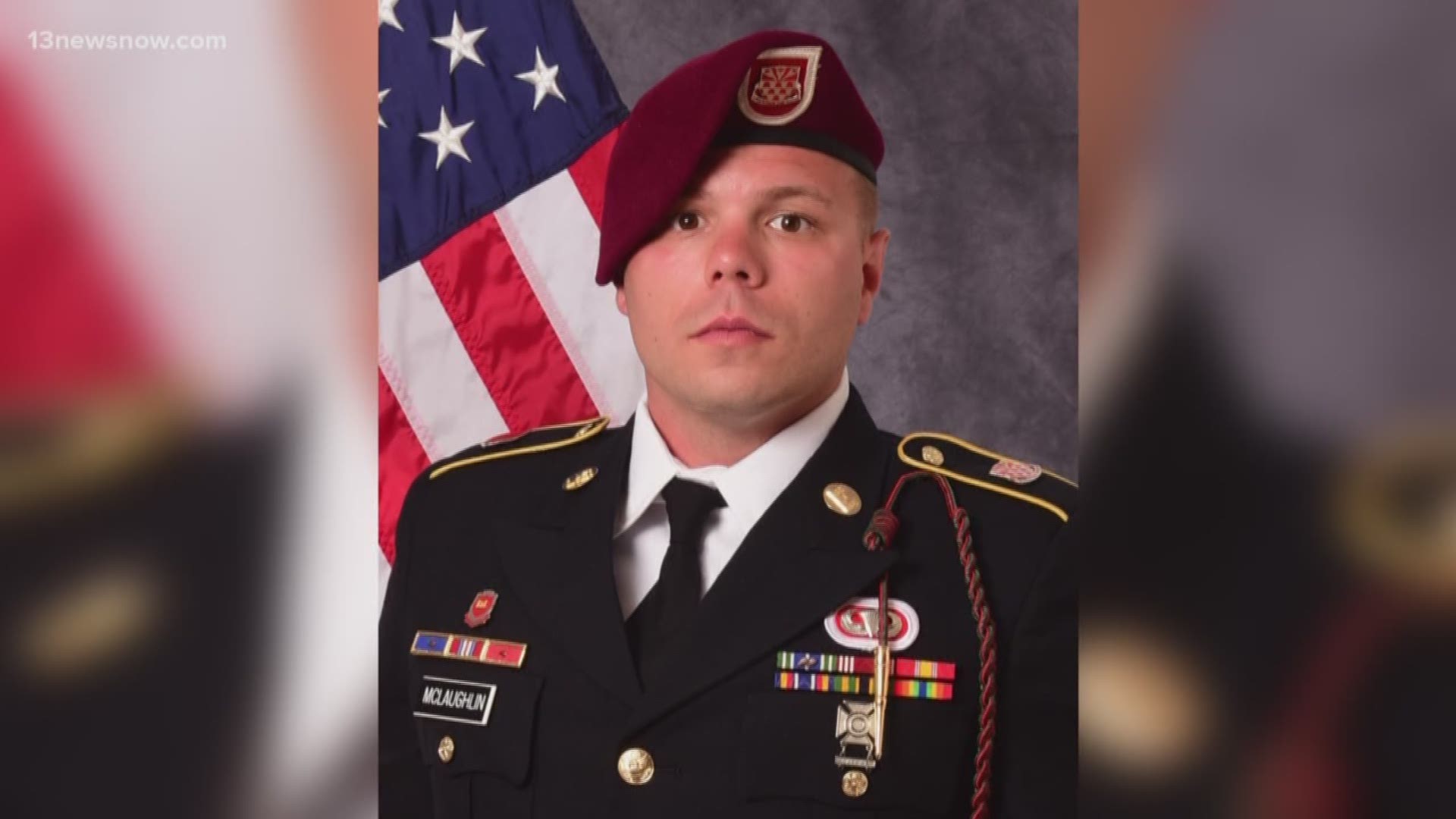 NEWPORT NEWS, Va. — Staff Sgt. Ian P. McLaughlin, 29, of Newport News, Virginia, was one of two soldiers killed by a roadside bomb in Afghanistan on Saturday, according to the Defense Department news release.

The other soldier killed, Miguel Villalon, 21, was from Aurora, Illinois.

The two 82nd Airborne Division Paratroopers were killed when their vehicle was hit by an improvised explosive device in Kandahar Province, Afghanistan.

McLaughlin joined the Army in 2012 and after completing Basic Combat Training and Advanced Individual Training, he was assigned to the 68th Engineer Company, 62nd Engineer Battalion at Fort Hood, Texas as a Horizontal Construction Engineer.

In 2016, he was assigned to the 307th Airborne Engineer Battalion, 3rd Brigade Combat Team, 82nd Airborne Division at Fort Bragg, North Carolina, where he served as a Horizontal Construction Engineer and later as a Squad Leader. This was McLaughlin's first combat deployment.

He was a 2018 graduate of the U.S. Army Advanced Airborne School Jumpmaster Course.

McLaughlin is survived by his wife and four children.

The soldiers were conducting operations as part of NATO's Resolute Support Mission.

Defense officials said the incident is under investigation.

“I am deeply saddened by the news that Staff Sergeant Ian P. McLaughlin, of Newport News, was killed January 11, 2020, along with Private First Class Miguel A. Villalon of Joliet, Illinois, when their vehicle struck an improvised explosive device in Kandahar Province, Afghanistan.

Their loss is a reminder that our men and women in uniform across the globe continue to do dangerous work in pursuit of peace.

Pam and I send our deepest condolences to the families and friends of these men, as well as to their fellow soldiers.

I know I speak on behalf of all Virginians when I say that we are deeply grateful for their service and indebted to them for their sacrifice.”

Virginia Senator Mark Warner released the following statement on Twitter, "Virginia lost one of its finest this weekend when Staff Sergeant Ian P. McLaughlin from Newport News was killed while serving in Afghanistan. My heart is with Staff Sergeant McLaughlin’s family, friends, and fellow soldiers during this time."

RELATED: 2 US troops killed by roadside bomb in Afghanistan