Under amendment, women would be compelled to register for military draft

The U.S. abolished the draft in 1973 but the Selective Service System remains in the event of a national emergency. 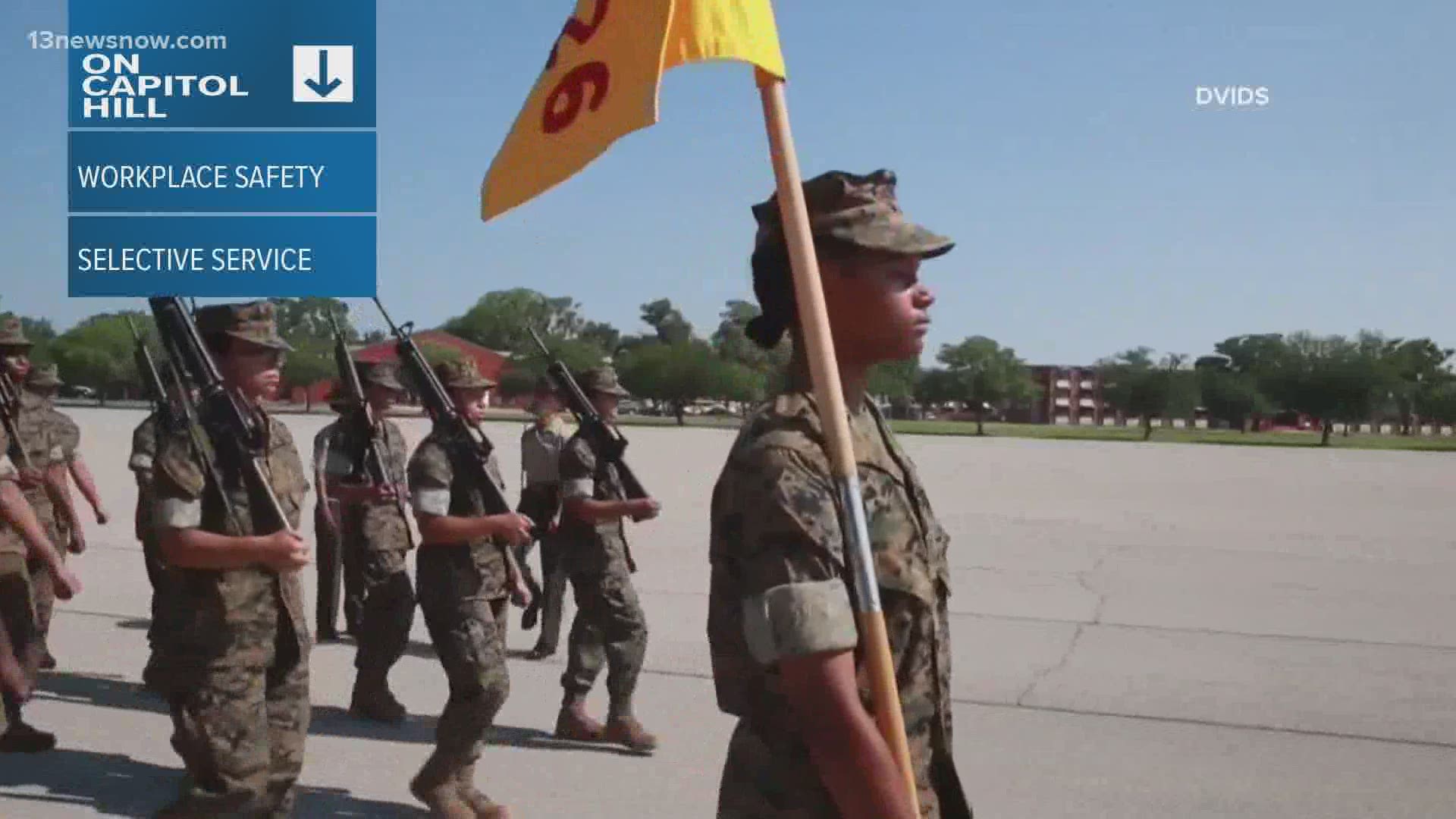 WASHINGTON — The Senate Armed Services Committee's version of the National Defense Authorization Act contains a provision that would force women to register for the draft.

An amendment would require women ages 18 to 25 to sign up with Selective Service, just as men do.

If enacted, females could be drafted into military service in the event of a national emergency. If there were to be a draft someday.

Sen. Tom Cotton (R-Arkansas) disagreed with the proposal, and he tweeted: "America's daughters shouldn't be drafted against their will."

But, Rep. Elaine Luria (D-Virginia 2nd District) who is a 20-year Navy veteran, thinks it is a good idea.

"If our country should find itself in a crisis where we require literally all hands on deck to protect our country and our democracy against a foreign enemy, then everyone should have a role in that. We all have a part to play," she said. "So I will be watching this closely as we move the defense bill forward."

The House of Representatives has not yet finalized its version of the NDAA. The full Senate must still vote upon the measure as passed by the Senate Armed Services Committee.

In the end, a committee of conferees from both chambers will have to rectify any differences between final legislation that emerges from the House and Senate.

The United States abolished the draft in 1973 when the Vietnam War was winding down, and the military went to an all-volunteer force.

But, the country preserved the Selective Service System for use during a national emergency.