The baby's birth comes almost one month after Rylee McCollum and 12 other service members were killed in Afghanistan. 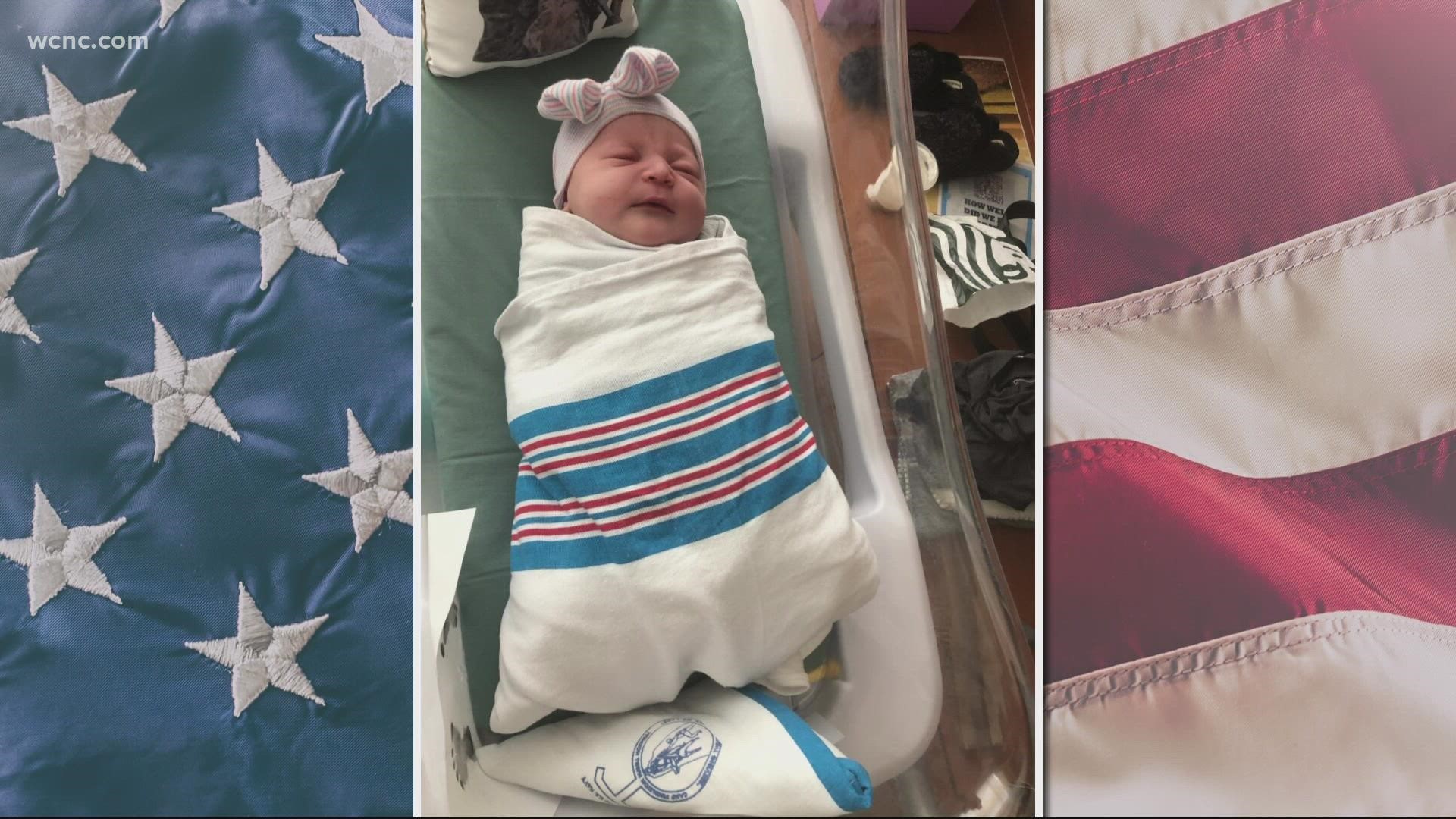 CHARLOTTE, N.C. — A Charlotte woman who never got to meet her fallen Marine son-in-law will know him through the new grandbaby her daughter just delivered.

"I would like to introduce my sweet sweet grand daughter [sic], Levi Rylee Rose McCollum," Jill Crayton wrote in a social media post.

According to the post, Levi Rylee Rose was born Monday at 2:18 a.m. at the Naval Hospital at Camp Pendleton in California, where her father Marine Lance Cpl. Rylee McCollum and her mother Jiennah Crayton were stationed. She weighed 8 pounds and 10 ounces.

Jiennah Crayton and McCollum eloped in February, right before his deployment.

RELATED: Charlotte mom will never get to meet her fallen Marine son-in-law

The baby's birth comes almost one month after McCollum and 12 other service members were killed in Afghanistan. The attack came after the U.S. military was evacuating out of the country ending 20 years of war.

Crayton had planned to meet McCollum in October, but that never happened.

Crayton said her first grandchild came into the world "roaring" and described the delivery as "unmedicated" and "lightning quick."

The entire family had been waiting until Levi was born to find out her sex.

"She can already do no wrong ever in my eyes," she wrote, adding later, "I am fiercely happy and proud today. Here we go…. 💜 I knew it was a girl!"