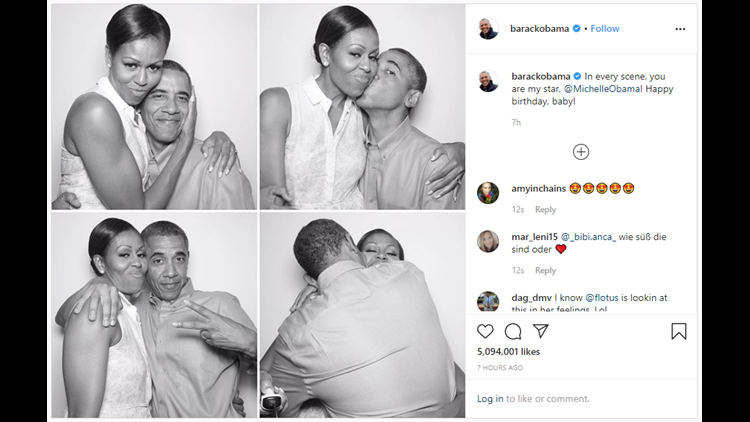 Former President Barack Obama wrote to his wife, "In every scene, you are my star, @MichelleObama! Happy birthday, baby!"

Michelle Obama was born in Chicago, Illinois in 1964. She was raised by Fraser and Marian Robinson in the South Side of Chicago with her brother, Craig. After studying sociology and African-American studies at Princeton, she attended Harvard Law. She then worked for a Chicago law firm where she met Barack Obama, future President and husband.

In addition to over 5 million likes, the post is receiving celebrity attention.