Duke Medical Center doctors are researching why there's an uptick in thyroid cancer statewide, including looking into environmental factors. 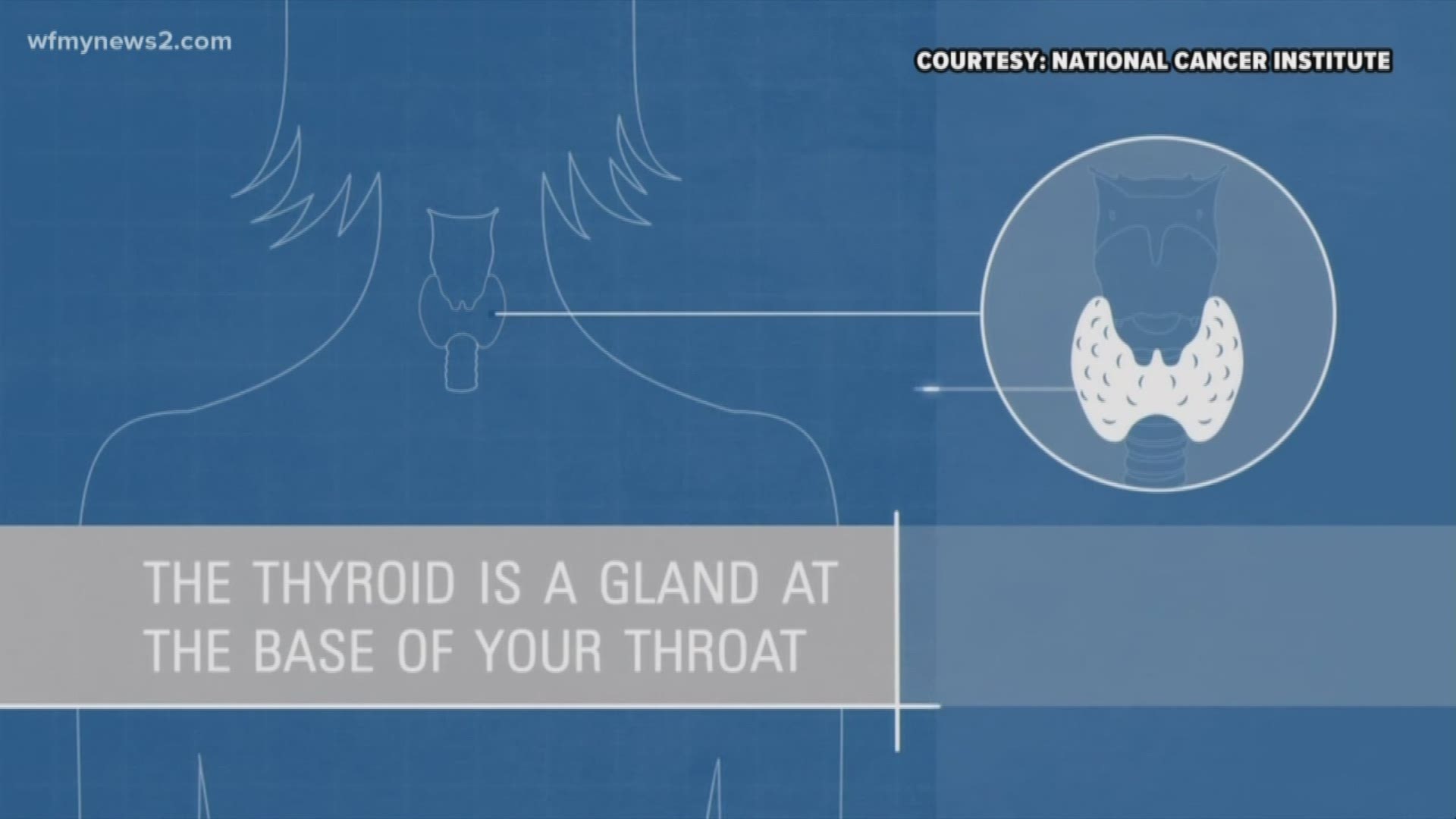 WINSTON-SALEM, N.C. — It's a troubling trend taking North Carolina doctors by surprise, they're seeing an increase in thyroid cancer. Now, Duke Medical Center doctors are conducting a study to find out why.

"It's lives right here underneath your Adam's apple like a little butterfly. The thyroid gland is the gland that regulates your metabolism by making thyroid hormones," Dr. Eugene Paschold, an oncologist at Forsyth Regional Cancer Center, said.

Dr. Paschold said he has seen a significant uptick in thyroid cancer cases at his hospital in the Triad too. The question, though, is why?

"When you see things like this don’t panic, a lot of times it’s just a statistical blimp," Dr. Paschold said.

Duke Medical Center doctors have started researching this uptick in thyroid cancer in North Carolina. Is it just a coincidence or something more serious like as the study reads, coal ash?

Doctors said this cancer has been linked to radiation exposure in the past.

The Duke team told WFMY News 2 they're now focusing on what they're calling "cancer clusters" in Iredell, Rowan, New Hanover, and Brunswick counties. As of right now, they said they are not seeing as large as numbers in the Triad, but it is still being monitored.

More good news is that thyroid cancer is removable.

How do you know if you could have thyroid cancer?

Dr. Paschold said patients usually have a lump on their necks, they feel as if they have trouble swallowing, and their voice becomes hoarse.

He said if you see any of these symptoms, its best to call your doctor.

What's In Your Toothpaste? Certain Brands Contain A Banned Chemical!