Police said Officer Katie Thyne leaves behind a partner, a 2-year-old daughter, a mother, and other family members. 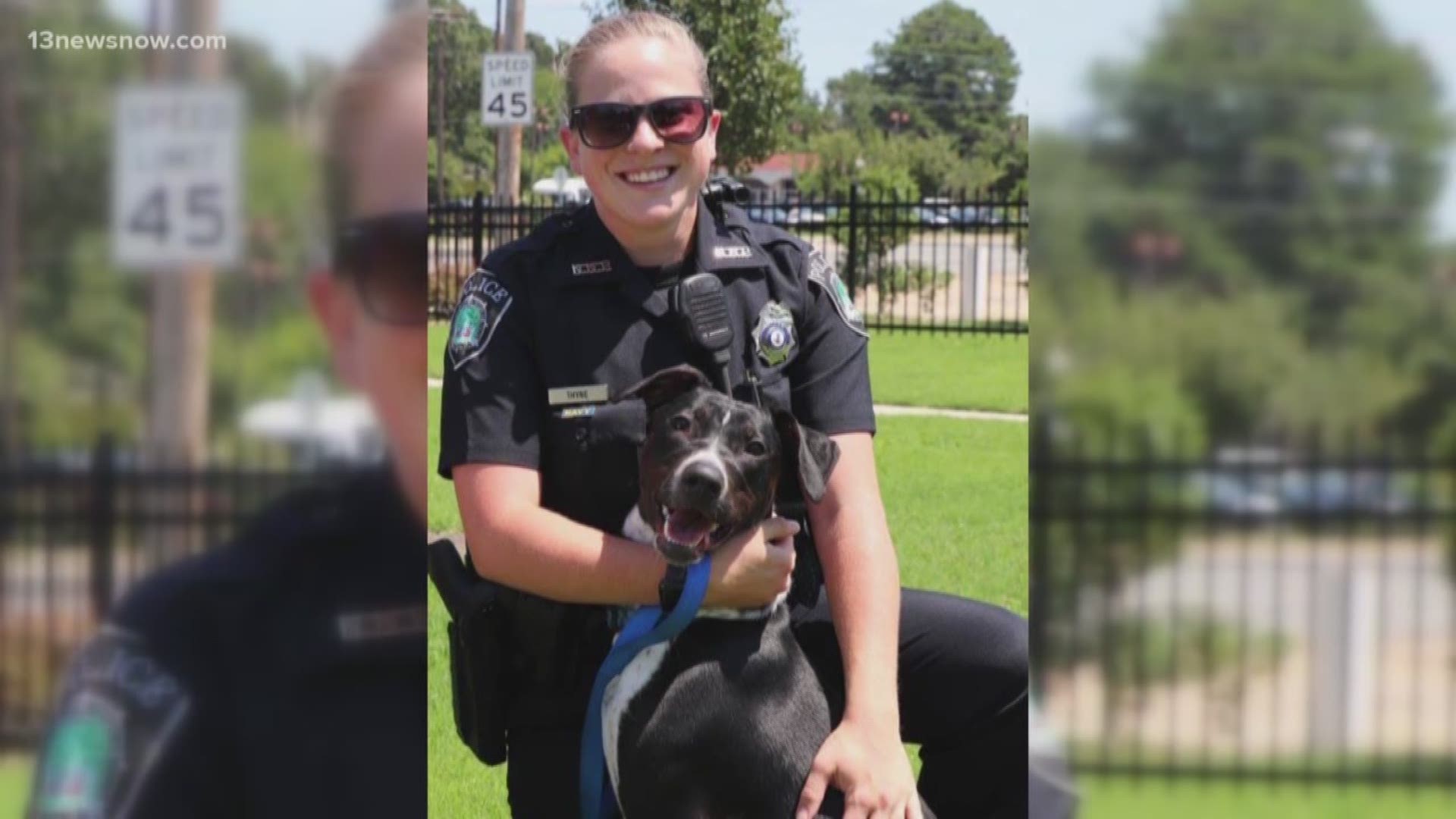 NEWPORT NEWS, Va. — A Newport News police officer died in the line of duty after a car dragged her down a street during a traffic stop Thursday.

Police it happened shortly before 7 p.m. in the 1400 block of 16th Street. Two officers stopped a car after getting a drug call and approached the car. At some point, the driver stepped on the accelerator, and the car took off.

One of the officers, 24-year-old Katie Thyne, was caught in the driver's side door when the driver took off. She was dragged about a block until the car crashed into a tree around 16th Street and Walnut Avenue.

Chief Steve Drew said she was pinned between the door and the tree. Thyne died at Sentara Norfolk General Hospital from her injuries.

Police took the driver and a passenger into custody after the crash. The driver Vernon Green II was charged with Homicide, Possession of Marijuana, and Disregard/Elude Law Enforcement.

The passenger, 38-year-old Ivy Runnels, was charged with Possession of Marijuana.

In an emotional news conference on Friday, Police Chief Steve Drew said Thyne, who had been with the Newport News Police Department since 2018, left behind her mother, a brother, a stepfather, a partner, and a 2-year-old daughter.

“Officer Thyne, Katie, was a true hero. She will always be remembered for that," Drew said.

“As we go forward, days will be challenging. I encourage the department to lean on each other, members of the community, and it’s OK to cry, I hope," shared Drew, sniffling as he said, "I love you guys."

Drew expected to meet with Thyne's family on Friday to make arrangements. A procession to transport the fallen officer from the Norfolk Medica' Examiner's Officer to a funeral home in Newport News will take place on Saturday, January 24 at 1 p.m.

RELATED: Procession planned for Newport News officer killed in the line of duty

Donations to help her family can be made through the Newport News Police Foundation. One hundred percent of the money will go to the family.

Thyne was from New Hampshire. She graduated from the police academy last year before joining the Newport News Police Department. She worked in the South Precinct.

Thyne served in the Navy and remained a member of the Navy Reserves while she was a police officer.

Our hearts go out to the family, friends, and shipmates of Katherine Thyne. A logistics specialist in the United States Navy Reserve, she was assigned to Navy Operational Support Center Norfolk. As a Sailor who served her country in more ways than one, we are deeply saddened by her loss.

Several police divisions and cities extended their condolences to the officer, her family, and the Newport News Police Department: