Not All Triad Hospitals On Board With ‘Clear Pricing Project’: Here’s What You Should Know

The Clear Pricing Project means the state sets rates at hospitals so that you know how much a procedure or visit will cost before you go. 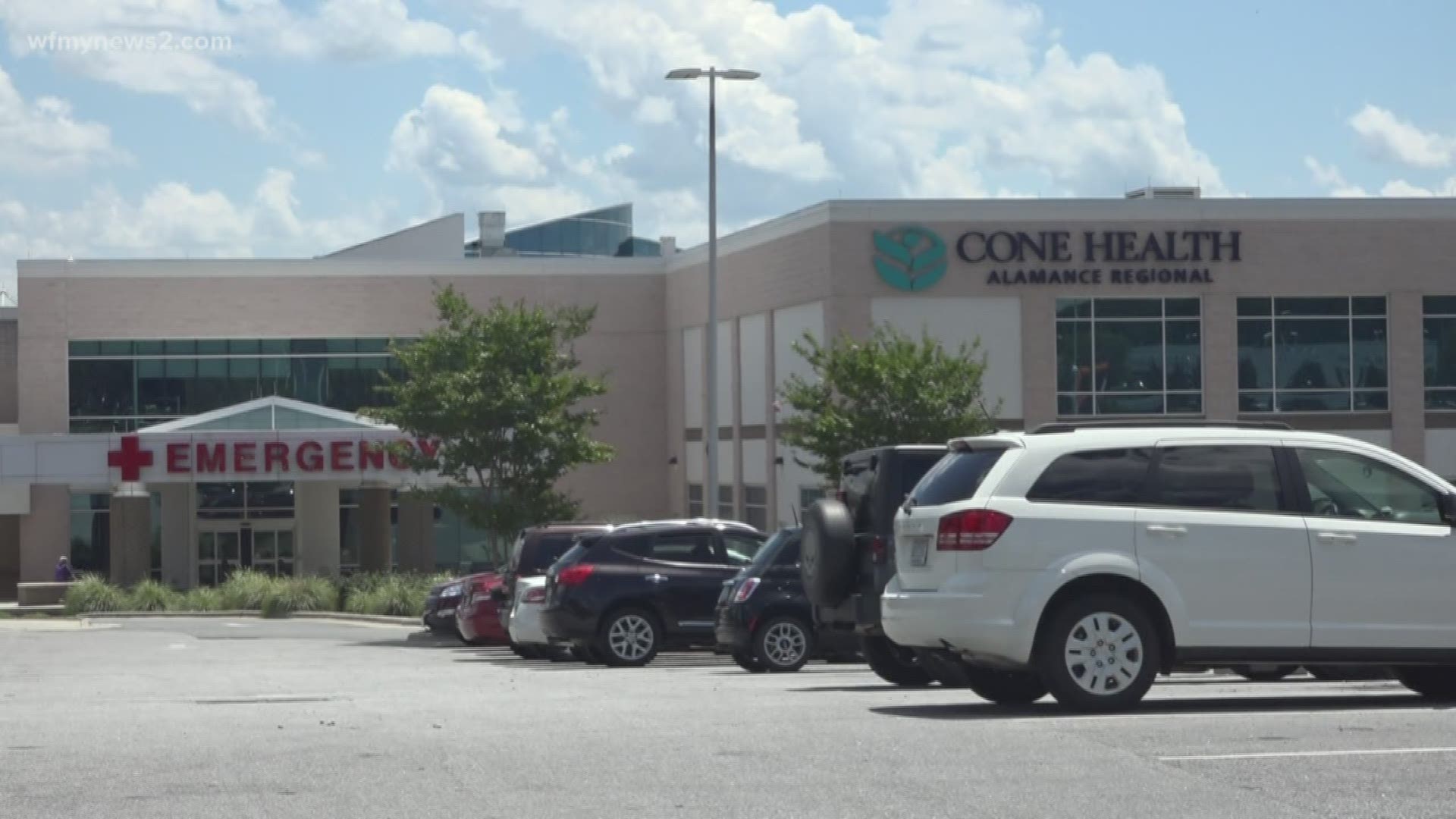 GREENSBORO, N.C. — A plan that was supposed to help clear things up for you when you go to the doctor’s office has turned into a war of words between the state and one of the Triad's largest health systems.

Dale Folwell, State Treasurer launched the Clear Pricing Project in October. As a part of the project, the state sets rates so you'd know how much a procedure or visit will cost before you go. Folwell said this plan would reduce health care costs for patients and increase transparency. He said so far, 25,000 health care providers statewide have signed on. One of the providers that have not is Cone Health.

In a statement sent to WFMY News 2, Cone Health said the program would cost them $26 million. They said that would mean the hospital may have to cut or eliminate services. But Folwell had this to say about the response.

"The hospitals are more worried about the profits than their patients but more importantly there have never been one, not one counter proposal about anything that can increase transparency and lower healthcare costs," Folwell said in response to Cone Health's statement.

We then reached back out to Cone Health for their response to that accusation. They said, they did offer alternatives, and had multiple conversations with the treasurer not just on TV. A Cone Health representative said quote, "In all, he (Folwell) refused to talk about anything other than reference-based payment reductions." In a January, interview with a North Carolina news program, Terry Akin, Cone Health CEO appeared with Treasurer Folwell and said he offered "alternative models to adopt" instead of clear pricing. When we asked for clarification, Cone Health said they offered their proven value-based model that has helped them save money for patients in the past. Folwell said those plans would not work because it still didn’t address the price transparency. Cone Health representatives agree clear pricing isn't really part of the value-based care plan, but they say they're more interested in a more affordable option that helps people need fewer services.

Folwell said while the deadline has passed, they're going to keep working on this plan. The Clear Pricing Project is expected to go into effect on January 1, 2020. Cone Health said until then state employees will not have to worry about their insurance. As for the future, both parties tell WFMY News 2 they’re hoping to work something out before 2020.

We have yet to hear back from Novant Health about whether or not they'll participate in this. Wake Forest Baptist Medical Center had no comment. Randolph Health has signed on to the project.

WHAT TO DO ABOUT YOUR INSURANCE

If you're questioning what to do about your insurance. First, call your insurance company and see which hospitals are under your coverage plan. If you do have to go somewhere that your insurance doesn't accept, ask about payment plans so you don't have to pay everything at once. And remember, experts say Privately-owned hospitals may turn away patients in a non-emergency, but public hospitals cannot refuse care.

“Because of the reductions in services this would lead to, Cone Health has no choice but to decline joining the State Health Insurance Clear Pricing Project. The Clear Pricing Project would take $26 million from Cone Health. This will reduce, and in some cases eliminate, services we provide daily. Thereby increasing the risk of our ability to invest in the future. If we accept this contract, then other payers may push for similar terms. Our commitment to provide exceptional care to the communities we serve will be impossible to carry out. Cone Health cares for thousands of hard-working teachers, troopers and others. Many of our employees are the spouses of or count family among those who obtain health insurance through the state. These are the people hurt by the state treasurer's actions.

There are better options. Cone Health has a proven record of holding the line on costs, not by paying less for medical services, but by helping people need fewer medical services. Still, the treasurer has turned a deaf ear on our repeated pleas to work collaboratively to switch state employees to a plan where clear and sustained cost savings are achieved, not simply a reduction in prices. We urge state employees to voice their objection to the Clear Pricing Project's lack of hospital coverage by contacting their lawmakers. We also encourage them to take advantage of other insurance options during the fall benefits enrollment period.”

“After a thorough review, Randolph Health has signed the State Health Plan contract and is in network for the thousands of members that utilize our services. As the only hospital within this community, it is imperative that we continue to provide critical health care services with trusted providers to plan members. As Randolph Health continues work to secure a partner, we aren't in a position to decline anything that is advantageous for the citizens of Randolph County and for Randolph Health. While participating in the State Health Plan has a positive impact on our organization, our focus continues to be on securing a partner to ensure this community has access to local, high-quality health care.”