Mary Norwood, a former city councilwoman and mayoral candidate, shared a list described by Atlanta Police as "inaccurate and outdated." 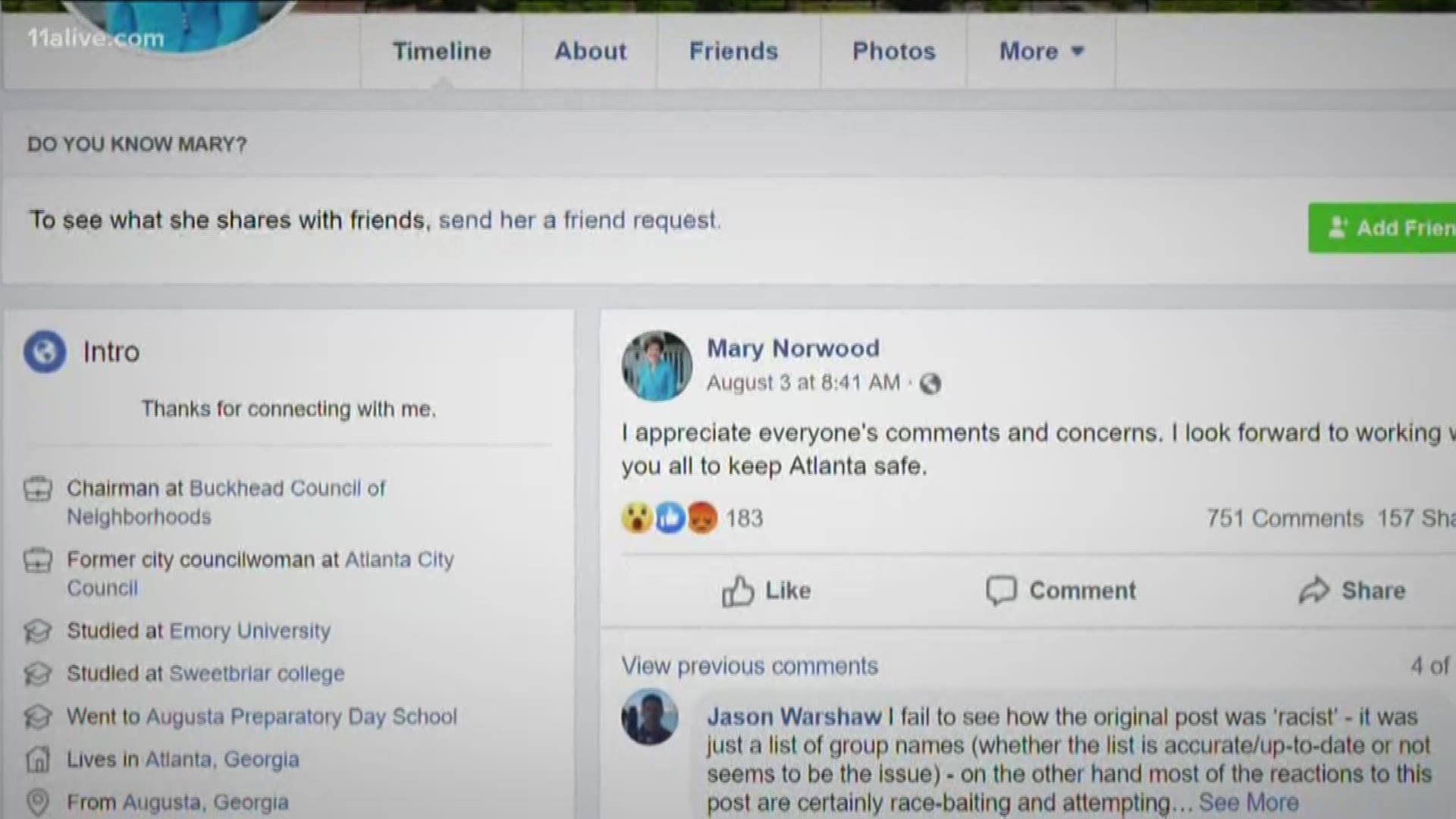 In addition to rap groups, the list makes reference to gang activity around Grady Homes and Bowen Homes, public housing projects that were both demolished a decade or more ago.

Norwood, who unsuccessfully ran for mayor in close races in 2009 and 2017, made the original post on Saturday morning.

It said only, “List of Atlanta’s active gangs” and then included a list that appeared to be a paste of one floating around the web.

The list can most easily be found at the “Hip-Hop Database” page at Fandom, a site that hosts various pop culture Wikipedia-style pages. It appears to have originated on an Angelfire site that has Internet Archive screenshots going back as far as 2007.

It’s not clear where Norwood found the list. She did not respond to an email requesting comment on Monday night.

Carlos Campos, the director of the Atlanta Police Department’s Public Affairs Unit, said the list was “inaccurate and outdated.”

After scores of comments pointed out the list’s clear inaccuracy, Norwood changed her post to say: “I appreciate everyone’s comments and concerns. I look forward to working with you all to keep Atlanta safe.”

According to Campos, APD does not release gang lists, which are “considered criminal intelligence that we hold confidential.”

Family in shock, pain after man found shot to death in Peachtree City