"Come thru, Texas! #VOTE," the music star captioned the post. 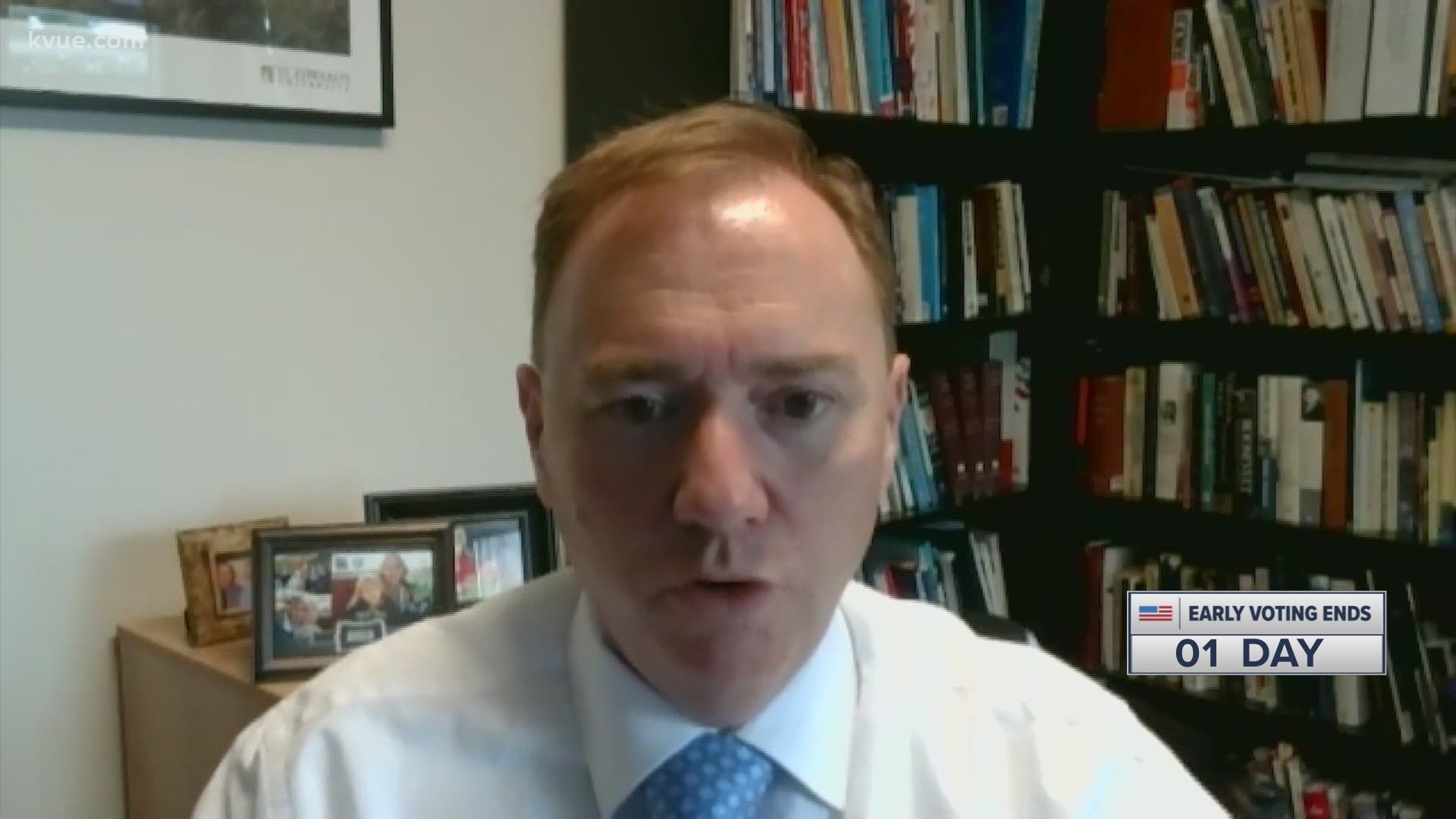 On Instagram, Beyoncé posted a looping video where she is seen donning a Biden-Harris facemask while tipping her hat, which has an "I Voted" sticker on it.

"Come thru, Texas! #VOTE," the music star captioned the post.

This isn't the first time Beyoncé has endorse a Democratic candidate in an election year. In 2018, she posted a photo wearing a "Beto For Senate" hat. The caption for that post read:

"I’m feeling grateful for everyone before me who fought so hard to give us all the right to have a voice. We can’t voice our frustrations and complain about what’s wrong without voting and exercising our power to make it right. We need you. We all need each other, because when we are truly united we are unstoppable. Sending you all love and positivity on this happy voting day! Every vote counts. Every race matters. Everywhere."

Celebrities have endorsed candidates on both sides, however.

On Oct. 30, rapper Lil Wayne tweeted a photo from his meeting with Donald Trump, giving Trump praise for his handling of criminal justice reform. Lil Wayne is the latest rapper to indicate support for the president.

50 Cent tweeted on Oct. 19 that people should vote for Trump after seeing the tax rates for high-income earners under Joe Biden's plan. But then he backtracked, tweeting "I never liked him," meaning Trump. Kanye West has also shown his approval for the president in the past, although West is running for president himself. He failed to make the ballot in most states and is running a mostly write-in campaign.

Once the polls close on Nov. 3, KVUE will keep track of the 2020 election results here. Mail-in ballots that are postmarked before Nov. 3 can be received by local elections offices by 5 p.m. the day after Election Day, so mail-in ballots in Texas are expected to take longer to tally.

Be sure to download KVUE's app to get updates as they come in: kvue.com/app. On the KVUE app, you can customize the type of content you would like to be notified about, including election and voting information. Find out how to customize KVUE's app here.

Harris County's drive-thru votes will not be thrown out, federal judge rules

When do polls close on Election Day? A guide to voting times in all 50 states